In celebration of their 25th anniversary Irish rockers Ash have released a 22 song retrospective of the bands career thus far. “Teenage Wildlife: 25 Years of Ash” was compiled by the band themselves and features various songs from the groups eight studio albums along with one newly released track titled “Darkest Hour of the Night”. Since debuting in 1994 the band which has consisted of Tim Wheeler, Mark Hamilton, Rick McMurray and Charlotte Hatherley have turned out a catchy stream of garage/alternative rock earning them praises and recognition from all over the globe.

Having first heard of Ash back in the late 90’s amidst bands like Pavement, Blur and Weezer I never really got into the band aside from the songs “Kung Fu” and “Jack Names the Planets” which were featured in a couple popular movies from that time. Thankfully now with the release of “Teenage Wildlife: 25 Years of Ash” I was able to go back and discover some really great songs I inadvertently skipped over during their initial release. Tracks like “Girl From Mars”, “Burn Baby Burn” and “Shining Light” we definite highlights that had me reminiscing about my late teen years. Being this release was compiled by the band themselves it gave the album a more person feel as knowing that this wasn’t just another stock label compilation gave it extra value along with some great songs that may otherwise have been over looked without the bands input.

The 2 LP set that we checked out had really great packaging which was printed on high quality card stock and included heavy weight sleeves for each record that featured additional photos and stories from the each era of the band. Though no remastering/mixing was noted each song had a bright mix which really stood out and the inclusion of the band’s latest single “Darkest hour of the Night” was a solid choice giving fans just a taste of the bands latest works. Available in a variety of formats including limited edition lenticular vinyl and a special 3 CD that includes an 18 track rarities CD. Needless to say there are plenty of ways to get your hands on this and we strongly encourage you to do so as “Teenage Wildlife: 25 Years of Ash” is a fresh breath of nostalgia that has been long overdue.

3.) Darkest Hour of the Night 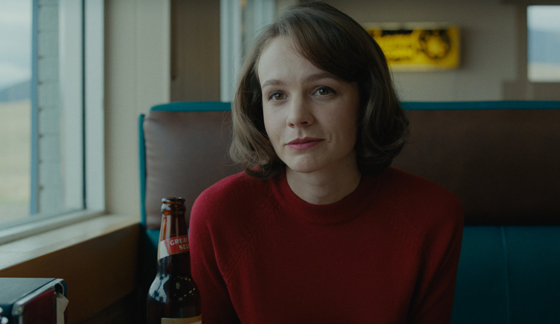 It’s amazing what a little pride will do to a family.  Take the Brinsons.  Things go to bad when man of the house Jerry (Gyllenhaal) is fired from his job.  They go to worse when he is offered his job back but, because of his pride, refuses to accept it.  With a family to support – wife Jeanette (Mulligan) and 14 year old son Joe (Oxenbould) – he leaves home to take a dangerous job as a firefighter.  He should have just gone back to work.

I don’t know what is happening in Hollywood, but so many young actors are taking the reins and writing and directing their own features.  This film was directed by Paul Dano (the co-star of such films as “Little Miss Sunshine” and “There Will Be Blood”) and written by Dano and fellow actress Zoe Kazan (“The Big Sick” and the granddaughter of the great director Elia Kazan) and while it starts off a little slow, as the story grows you begin to embrace it.

The performances are smartly delivered, with Gyllenhaal at his most hang-dogged at times and Mulligan her beautiful but unsure self.  The story is told through the eyes of Joe and Oxenbould is fine as the central story point.

Technically the film is beautifully presented, with long shots of mountains and sky as far as the eye can see.  Credit this to director Dano and cinematographer Diego Garcia, who give the film almost a “postcard” quality and Mr. Dano a very strong freshman effort from behind the camera.