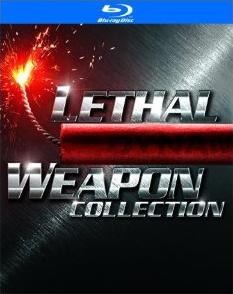 Who doesn’t love the “Lethal Weapon” franchise? This collection includes all four films from this action-packed franchise, “Lethal Weapon”, “Lethal Weapon 2”, “Lethal Weapon 3″,”Lethal Weapon 4”. It is rare that franchise continues to be entertaining as the series goes on and that is the case with these films. This Blu-ray collection is a fantastic representation of the “Lethal Weapon” series. Warner Brothers did a really good job with this release and really aimed to please the fans of this series. Even if you own this series already, this really stacks up to be an excellent release with a bunch of new content. This Blu-ray looks and sounds completely amazing. Each film received a fantastic overhaul in its video presentation and it such an improvement from previous Blu-ray releases. With the video, this release really pushed the HD 1080p format! In the sound department, each film comes with an extremely impressive DTS-HD Master Audio 5.1 surround track, which was blowing up my system. The track for “Lethal Weapon 1 & 2” is the most impressive since there was issues with the audio in the past releases.  So, all this greatness and we haven’t even touched on the special features yet.

The fifth disc in this release consists solely of newly produced documentaries, all presented in HD. Like I said Warner Brothers went to town on this release. “Psycho Pension: The Genesis of Lethal Weapon” runs just over 20 minutes and features Donner, Gibson, Glover, writer Shane Black and many more talking about ’80s culture, the script and characters and the birth of “Lethal Weapon”. “A Family Affair: Bringing Lethal Weapon to Life” runs about 30 minutes and takes us into the world of the “Lethal Weapon” series with Donner, Gibson, Glover, Black again talking about their experiences. “Pulling the Trigger: Expanding the World of Lethal Weapon”, runs about 30 minutes Home video success stoked the flame for the Lethal Weapon sequels, but it took more than a hungry audience, an audacious director and a willing cast to make it happen. It required an ever-expanding story, new characters, new actors, and new obstacles for Riggs and Murtaugh to overcome, bigger action and set pieces, higher and higher stakes, and something more than “more of the same” to complement the original. The last doc, “Maximum Impact: The Legacy of Lethal Weapon” looks deep into the franchise and what made it work.

Synopsis: Lethal Weapon (1987) With over seven minutes of previously unavailable scenes, the director’s cut of Lethal Weapon is a long-overdue present for fans. Riggs’s solitary homelife and the tragic loss spurring him in a reckless disregard for his own safety now come into greater focus. We see that recklessness is new scenes underlining the differences between the two cops. Murtaugh, just 50, needs reassurance about his skills at a firing range. Riggs, not caring if he sees another birthday, coolly walks into a schoolyard sniper’s field of fire. All the humor and adrenaline that made this original an entertainment milestone are here, too. No scenes have been removed. But new action and new insight are now included. Include yourself in the excitement. Lethal Weapon 2 (1989) Riggs wows the pretties of a hotel spa before getting to Getz. Murtaugh receives bad bodywork news from an auto repairman after his beleaguered station wagon sees some Riggs-piloted street action. Plus, feisty Leo shares a newly included scene in which he recalls a suspect’s address by complex spins of numbers that, well, no one can tell it like Leo. And no one would follow his lead but Riggs and Murtaugh. It’s police procedure, Lethal style. And it’s yours to enjoy as the duo draws a bead on criminals hiding behind diplomatic immunity. Lethal Weapon 3 (1992) Riggs and Murtaugh are back again. This time, they must stop a former cop who has become an arms dealer to L.A. street gangs. Lethal Weapon 4 (1998) Mel Gibson and Danny Glover return as buddy cops Riggs and Murtaugh, with Joe Pesci riding comedy shotgun as chatterbox Leo. Murtaugh is still the family man. Riggs is still the gonzo loose cannon and – what’s this? – family man. His will-he/won’t he marriage to Cole (Rene Russo) is one of the new wrinkles in this powerhouse crowd-pleaser that also stars comedy favorite Chris Rock and international action star Jet Li. This sequel involves an action packed battle with a Chinese ganglord. 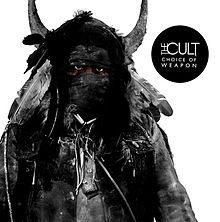 “Choice of Weapon” is the latest release from the British rock band The Cult. The album is the bands ninth studio album and is the follow up to the 2007 album “Born into This”. “Choice of Weapon” is being released via Cooking Vinyl and features 10 brand new tracks produced by Chris Gross and Bob Rock.

After being pushed from its originally scheduled 2011 release date The Cult’s “Choice of Weapon” is finally here! Each of the 14 songs on the album are perfectly crafted and feature lush musical arrangements making this album a really great listen. Singer Ian Astbury’s Jim Morrison esc vocals provide an eerie yet beautiful feel to the multi layered instrumentation. The albums opening track “Honey from a Knife” is a straight forward rocker that sets the stage beautifully for what is to come. Tracks such as “The Night in the City Forever” and “Wilderness Now” take you on a soothing sonic journey where you can almost envision what is being described in the lyrics.

This album was surely worth the wait. The band sounds phenomenal and producers Chris Gross and Bob Rock did a great job capturing the energy of the band and I think each of the 14 tracks really showcases everyone efforts. I did find that the album took a few listens through before it really grabbed hold but once it did it didn’t let go. I found myself putting the album on repeat as the tracks never seemed to get old or tiresome. Both diehard and casual Cult listeners will enjoy this album.

To order your copy of “Choice of Weapon” head over to www.amazon.com or the Apples iTunes store.