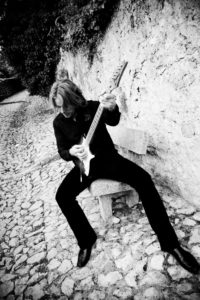 Andy Timmons has been performing on stages all over the world since the mid 1980’s most notably with the band Danger Danger, Kip Winger and as the musical director/guitarist for Olivia Newton-John. When not working in the studio or with one of his many projects Andy focuses on his group The Andy Timmons Band. The group has just released a new instrumental album titled “Theme From a Perfect World” and Media Mikes had the chance to speak with Andy recently about the albums creation, his creative process and the bands current U.S. tour.

Adam Lawton: What can you tell us about your bands latest album?

Andy Timmons: We started working on the record about six years ago. What happened was is we started working on “Theme From a Perfect World” and that sort of morphed in to the “Sgt. Pepper” album. That really took on a life of its own and we ended up finishing the Pepper record first. It took us a little bit of time to get back to this new record as we had been doing a bunch of live shows along with all of us being very busy outside of the Andy Timmons. We are here now after about ten years with a new batch of original material. That certainly was much too long of a stretch and we hope to correct that in the coming years.

AL: Can you tell us about the decision to do an all instrumental album?

AT: For me I think my uniqueness to music is my voice on the guitar. I have certainly done a fair share of music with vocals and such but I think guitar is what I do best and that’s really what I have spent my life doing. Instrumental music is a more pure and direct way of communicating especially if you are able to develop that connection on your instrument. With the guitar I think I am just scratching the surface really. Two of my heroes are Jeff Beck and Pat Matheny. Those guys really set a bench mark with their level of expression. There are a lot of great players out there but those two guys are at the forefront of people who raise the bar. That’s the path I am aspiring to and the band and I are just really trying to strike a deeper chord with our music as opposed to taking a more generic route.

AL: Is there a different creative process for you when writing instrumental music as opposed to lyrical
music?

AT: It’s all driven by the same muse. I am trying to create music that I love. I think the songwriting process or the guitar soloing process is really driven by that same desire. I want to create something that’s equal in quality to all the music I have taken in over the course of my life.

AT: That has been sort of an ongoing growth/development. It’s been a natural progression for me. I think there have been some good songs on some of my earlier releases but what has always been in the forefront of my mind. Yes I wanted to write some good songs but I also wanted to play my ass off. With the maturing and growing process it’s clear that none of that means anything unless you have a great song. You want people to listen repeatedly and it to be something they want to hear multiple times.

AL: How do you think your songwriting has evolved since your early days with Danger Danger?

AT: It sort of has just evolved in the way it’s evolved. It’s hard for me to really speak much about that because I am so close to it. The inspirations and motivations haven’t changed that much. I do think I am getting better at reflecting the emotions that I want to get across. Not every moment on the new record has a deep meaning but there are a handful of the songs that are based around some very heavy life changing events. Everything was very much in the moment and a heartfelt document of what was happening at that time.

AL: Can you tell us about the bands current tour?

AT: This is the bands very first U.S. tour. It’s a bit crazy to hear me say that because we have been a band since 1988! It’s been an interesting trajectory for the band in that our career has sort of lived more in Europe and South East Asia. In the States things seemed a bit more daunting. We have all done higher level touring here in the states with other bands so the prospect of jumping in a band and potentially lose money didn’t seem that appealing. Doing that is fine in your early 20’s but not so much these days. Thanks to the internet and things like that people have been able to find more of our material which is great because we now are able to get out on the road here in the States. We will be out in the states for three weeks then we head over to Asia in November. We have December off and then in January we will be appearing at the NAMM show in California. I want to concentrate more on the U.S. at this point. We will still probably hit Europe sometime next year as well. There’s going to be several pockets of touring activity but Mike and I have a lot of recording we want to do as well. There’s going to be a much more ongoing creative process going forward.

For more info on Andy and the Andy Timmons Band you can visit http://andytimmons.com/ 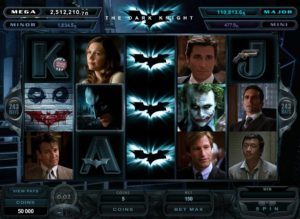 The Dark Knight series is one of the most popular of the movies theme online casino games. The Dark Knight series was and still is one of the most popular film series ever released, and it makes perfect sense that a gaming series based on this film series would be just as popular. Naturally, this is also a recent movie series from the late 2000’s and early 2010’s, which makes it that much more understandable that people today are still huge fans of it. The Terminator series has a great deal of enduring popularity, even though it has been some time since a film in that series has been released and people seem to have changed some of their opinions on some of the lead actors since this time period.

The Jurassic Park series of online slot games is also one of the most famous of the online movie themed slot games that people will find today. One of the advantages of this series is the simple fact that Jurassic Park is still an ongoing series as opposed to an old one. However, older series are getting resurrected all the time, so it is possible that this is going to happen again with some other movie series in order to create new online casino slot games. This is the era of cinematic television, and people are now playing slot games based on television series like Game of Thrones. Movies theme online casino games and similar games will only get more popular. 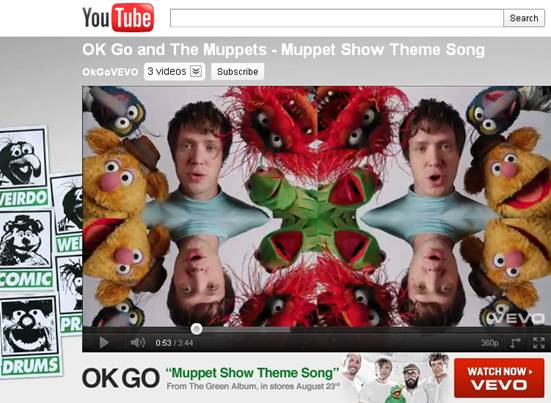 Check out the newly released video for “Muppet Show Theme Song” by OK Go and The Muppets from Muppets: The Green Album below:

A full track listing for Muppets: The Green Album is available for preview & purchase here:http://itunes.apple.com/us/album/muppets-the-green-album/id452905746