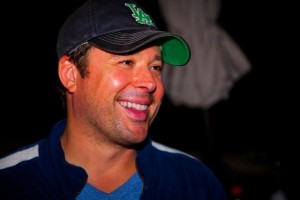 In 1972, Cleveland-based burglar and bank robber Phil Christopher helped pull off the biggest bank robbery in US history when the stole an estimated $30 million from the United California Bank.  Director Tommy Reid has turned the heist into the new documentary film, “Superthief,” which is now out on DVD.

Born in New Jersey, Tommy Reid directed his first film, “7-10 Split,” while attending Ohio State University.  His next film was the brilliant documentary about another Cleveland mobster, “Danny Greene:  The Rise and Fall of the Irishman.”  So interesting was the subject that Reid helped produce a feature film about Greene entitled “Kill the Irishman.”  His next project is the behind the scenes look at voice over actors called “I Know that Voice.”

Earlier this week Reid took time out to talk about his career.  Before the interview we talked some football – he seemed to think my Kansas City Chiefs would do well this year with new Coach Andy Reid (no relation) at the helm.  On the record we talked gangsters, making movies and the possibility of directing his sister, Tara, again (“Sharknado II” anyone?)

Mike Smith:  What drew you to highlight the United California Bank Robbery in “Superthief?”
Tommy Reid:  I went to THE Ohio State University Undergrad and a lot of my buddies in my fraternity were from the Cleveland area.  I’d go up there with them a bunch, usually over holiday weekends and summers.  I really like the Cleveland area.  And I had some buddies that were really into the mafia and they would tell me stories.  I ended up making a movie called “Kill the Irishman,” which was about the Cleveland mafia.  It’s a great movie with Val Kilmer, Christopher Walken, Paul Sorvino, Vincent D’Onofrio…the list goes on and on.  If you haven’t see it please go see it.  (NOTE:  I’d already seen it and like Mr. Reid says, it’s a great movie).  It turns out that the author of the book I optioned to make “Kill the Irishman” was also writing a book about Phil Christopher and the biggest bank robbery in US history.  The story intrigued me and I knew that was a movie right there.   The book was ok but I thought there was a lot of subject matter that needed to be expanded so I wanted to do a documentary on the subject of Phil Christopher alone…to tap into his mind how this all went down.  How did he get his training…how did he get into a career of crime?  And that’s what intrigued me.  It became a passion project.  Phil Christopher agreed to an exclusive interview and he did so with a compliment, as he really loved what I’d done with “Kill the Irishman.”  He felt why not give it a try.

MS:  That kind of answers a little bit of my second question as to why both of your documentaries deal with Cleveland crime figures.  As a filmmaker was that something you enjoyed investigating…true crime?
TR:  Yes I do.  It’s like a “whodunit” type of situation.  You always try to put the pieces together.  For me as a filmmaker I always like to see where the path went wrong…where was the fork in the road where they chose between right and wrong?  Which path did they go down?  And I think I identified that in “Superthief.”  That was the fun part for me.  To go back and look at a crime that had almost become an urban legend and to really tackle the fundamentals on how it all went down.

MS:  You’ve directed both fictional features and documentaries.  Do you have a preference?
TR:  Actually I just finished another documentary.  Documentaries are really fun.  Very fun to make.  Very fun to produce.  But there’s also something that’s really fun with working with actors.  Making a fictional feature film is very fun but very exhausting.  Working with actors is sometimes a little overwhelming.  Not only do they want to look good but they want “their” take.  The get upset at the director if they don’t use “their” take.  Which is why you never let them in the edit bay (laughs).  For the most part they’re both fun but they’re different beasts.   Of course you have a better chance of making a profit for your investors on a fictional feature film then a documentary, unless you’re doing a documentary on Justin Bieber or One Direction or something like that.  (NOTE:  Mr. Reid knows of what he speaks – this past weekend the new documentary concert film featuring One Direction brought in $17 million).  For the most part documentaries don’t really have a big impact on the market place.  They get popular from word of mouth.  From people asking “have you seen this movie” and then telling their friends to go rent it.

MS:  You turned Danny Greene’s story into a fictional feature.  Do you have any plans to do the same with Phil Christophers?
TR:  Absolutely.  We already have a script written and it’s phenomenal.  It was adapted by the writers who have a new show coming up this season on NBC.  It’s called “The Blacklist” with James Spader.  It’s a very well written and thrilling script that we have that we’re trying to raise money for to make into a feature film.

MS:  You’ve directed your sister, Tara, in the past.  Any plans to work together again?  And how is the relationship on set?
TR:  Tara is very professional on set so it’s always a director/actor relationship.  She took direction well and was very easy to work with, so we didn’t have that brother/sister thing on set.  Thank God.  Right now there’s no plans to work with her in the future but it’s always a possibility.  (NOTE:  Keep those fingers crossed, “Sharknado” fans!)

MS:  Final question – what are you working on next?
TR:  I just finished a movie called “I Know That Voice,” which is all about the biggest voice actors in the industry.  It covers the history of the voice actor, from Mel Blanc, who was “the man of 1,000 voices,” to the biggest stars today.  We also talk to “Simpsons” and “Futurama” creator Matt Groenig,  “Phineas and Ferb” creators Dan and “Swampy” (NOTE:  Dan Povenmire and Jeff “Swampy” Marsh) as well as vocal stars like Hank Azaria, John Di Maggio, Billy West.  Jim Cummings, who’s Winnie the Pooh.  June Foray, who’s 95.  She was the voice of Rocky the Squirrel and is still working today.  We cover everyone.  It’s an amazing movie.  It’s coming out VOD (Video on Demand) in December.  We’re planning on a one-week theatrical debut in Columbus, Ohio in November and hopefully we’ll have the DVD on the market in October.