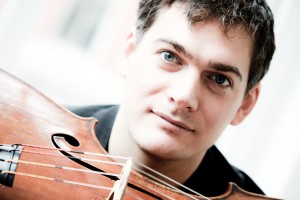 Peter Sachon is a classical cellist that is currently playing in the orchestra for Broadway shows like “Pippin”. He is becoming know as being one of the “go to” cellist for recording sessions in NY. He is also a producer of an upcoming concert called “Mythos”, which is a 70 minute continuous musical presentation played by a 15 piece classical ensemble performing live the music of composers for Film, TV and Video Games. Media Mikes had a chance to chat with Peter about the concert and what can we expect.

Mike Gencarelli: I am in love with the idea of “Mythos”, the 70 minute musical presentation featuring the all-star orchestra The Third Estate showcasing the music of composers for Film, TV and Video Games. Tell us how this came about?
Peter Sachon: Thank you! “Mythos” began as a blog about video game music. I imagined the New York Philharmonic seriously performing thoughtfully considered and adequately rehearsed video game music for all those people who love Comic Con here in New York City. It is easy to dream about what a great concert that would be, and the different sorts of people who might come — perhaps many for their first live orchestra concert. After all, millions of people love the music from games. However, the truth is orchestras like the New York Philharmonic won’t program video game music. The only music that passes artistic muster at major American orchestras is classical music — and those living composers approved by culturally conservative critics at The New York Times and The New Yorker Magazine. Unfortunately, video game music does not meet their conservative prerequisites. Contemporary composers are writing music that’s both good and popular, and that apparently breaks those critical rules. The fact is classical music these days exists in a kind of artistic terrarium. It continues to live, sort of, if you leave it alone. (And don’t you dare suggest it’s not alive!!). But if you let the air in…watch out! This is why it’s a terrific idea for MoMA to present Tim Burton. Seemingly no one there bats an eye at labeling Mr. Burton a serious artist who’s work is worthy of consideration. Yet, somehow Danny Elfman’s music has managed to get played everywhere in the world except at the New York Philharmonic. I realized that writing and proselytizing about orchestras wasn’t helping anyone, so I decided to take action.

MG: What was the process for which pieces of music were chosen for this concert?
PS: It’s still an ongoing process! At the very beginning, when Austin Wintory and I first started talking about putting a concert together, the conversation was shaped around the aspiration of presenting the spectrum of modern composers together, no matter their genre — something that no major orchestra is willing to do, so far. Austin has composed some of the music (after all, this all started with me wanting to hear Journey in NYC), and he has arranged and curated other music into a single-movement work. The programming is ongoing and collaborative. I would like “Mythos” to demonstrate to even the most conservative of musical minds that making a bigger tent for how orchestras program repertoire can both expand orchestras’ permanent audience base, and revitalize orchestral music.

MG: Tell us about your decision to not list which music will be presented?
PS: Well, Boulez and his ilk have done a lot of damage with decades of anti-audience music, and so much of the audience still reflexively braces itself whenever they see a new name in their program. After fifty years of being force fed really foul “modern” music, who can blame them? The new music scene has gotten so esoteric that often it is better categorized as performance art. But this bias goes the other way too — the audience has also been carefully taught that music with titles like “Final Fantasy”, or “Star Wars”, are not to be taken seriously. We don’t want to tell people what they should hate, or like, ahead of time. So we won’t distribute programs until the end of the concert.

MG: Tell us how you ended up working with conductor is Austin Wintory?
PS: I read about Austin shortly after his music to Journey was nominated for a Grammy award. The nomination was an especially big deal because this was the first time a video game score had had that distinction. I fell in love with his music. It is beautiful and evocative, and smart. It’s terrific modern orchestral music, and I couldn’t help noticing that video game music suffered from the same artistic discrimination as film music. I wrote to Austin, cold, and told him that I admired his music. We have a similar outlook about modern genres and also we got along, and he could not have been kinder. I asked him about doing a concert of music from Journey here in NYC. He said yes, and we began talking about how best to present game music as art. Our answer is “Mythos”. We still haven’t met!

MG: If people are looking to get more information on this; where can they go?
PS: Of course! Go to the “Mythos” website, www.mythoslive.com

MG: How does it feel to be considered the “go to” cellist for recording sessions in NY?
PS: Well, first I am one among many great cellists in NYC. I’ve worked hard, and I’m grateful to get to make music for a living.

MG: You are currently playing in the orchestra of Broadway’s PIPPIN; tell us about that experience?
PS: I have been fortunate enough to work on Broadway for ten years, and I have been with a number of shows. Playing in the orchestra at Pippin is wonderful. I especially love Stephen Schwartz’s music, and he’s been kind enough to compose two pieces of chamber music for The Cello Project.

MG: What else do you have in the cards coming up next?
PS: I will continue to produce “Mythos”, and I hope to finish my album of new music by Broadway composers by the end of the year. I have also begun creating and producing several Broadway musicals.