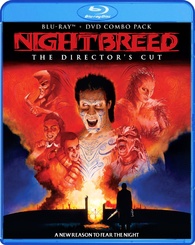 “Nightbreed” is one of those movies that as a horror fan you can’t help but love. It is far from perfect in any sense but it is a cool little flick that has stuck around over the years. About 2 or so years ago, a new cut of the film emerged called “The Cabal Cut”, which ran about 160 minutes long put together with lost footage compiled over the years. Unfortunately, this is not “The Cabal Cut” that many fans have hoped for. What it is though is a new “Director’s Cut” of film which contains over 40 minutes of new and altered footage. So we get some new footage and at the same time loose some footage. The director’s cut is good but I feel like it is rather choppy and not as tight as I would have thought so. We do certainly get a completely different viewing experience if you think you know “Nightbreed”, so I will let horror fans see for themselves. Either way, “Nighbreed” is finally on Blu-ray”!

If you are wondering what director Clive Barker thinks about this, here is his office’s official statement: “The Nightbreed Director’s Cut is an entirely different film than the one which was released in theaters. Its 20 minutes longer than the theatrical cut, but it contains over 40 minutes of new and altered footage. Clive oversaw the reconstruction and edit himself, personally ensuring that, at long last, he was able to tell the story he always wanted to tell, but until now, had never been given the chance. Once the scenes were reordered, and the original film footage restored, the entire film received a brand new sound mix and color pass. It is, in every way, a different movie. It contains more story, more monsters, and there’s even a musical number. Ultimately, what we’ve delivered is a love story 25 years in the making”.

Official Premise: Boone (Craig Sheffer) may be a troubled young man, but his troubles are just beginning. Set up as the fall guy in a string of slasher murders, he decides he’ll hide by crossing the threshold that separates ’us’from ’them’and sneak into the forbidden subterranean realm of Midian. Boone will live among the monsters. Hellraiser creator Clive Barker writes (adapting his novel Cabal) and directs this vivid leap into horror that asks: in the battle of man vs. monster, who’s really the monster? The answer supplies flesh-crawling suspense, sudden fear, a colorful Danny Elfman score and a creepy array of shape-shifting beings. They are the Nightbreed, denizens of a world beyond death, beyond the imagination, perhaps beyond anything you’ve seen.

Shout Factory! is releasing this Director’s Cut as a combo pack with a Blu-ray + DVD included. They are also releasing a Limited-Edition 3-Disc release consists of only of 10,000 copies, which includes a collector’s book, a bonus disc of extras and the theatrical cut available on Blu-ray for the first time only in this release. I would certainly recommend that release over this one any day. The 1080p transfer has been said to been mastered in high definition from the original camera negative but there is some parts where the quality is very questionable. I understand it was taken from many different sources, I just expect a little more polish. The DTS-HD Master Audio 5.1 works perfect though along with Danny Elfman’s amazing and memorable score.

The special features on this “Director’s Cut” release are good but not super outstanding. Like I mentioned the Limited Edition release has an entire Blu-ray for extras. Here we get an introduction by writer/director Clive Barker and restoration producer Mark Alan Miller, which goes into about the Director’s Cut…man does Barker look like shit BTW> There is a brand new audio commentary track with writer/director Clive Barker and restoration producer Mark Alan Miller. There is a new featurette called “Tribes of the Moon: The Making of Nightbreed”, which runs over 70 minutes and features interviews with Craig Sheffer, Anne Bobby, Doug Bradley and more, “Making Monsters” runs over 40 minutes with interviews with makeup effects artists Bob Keen, Martin Mercer and Paul Jones. “Fire! Fights! Stunts! 2nd Unit Shooting” is a 20 minute interview with Andy Armstrong. Lastly there is an Original Theatrical Trailer included. 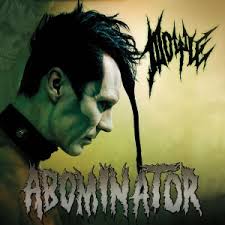 Half Danzig era Misfits meets early Pantera. That is what you can expect from the debut album by the hulking monster known as Doyle. Though this is not Doyle’s first venture outside of the “Misfits” moniker it is definitely his most promising and powerful. Vocalist Alex Story’s gritty style fits perfectly with Doyle’s riffing which appears to be at the top of its game. Tracks such as “Abominator” and “Mark of the Beast” are perfect examples of this as both tracks feature intricate riffs that border on the verge of metal while tracks like “Learn to Bleed” and “Headhunter” are more rooted in the classic punk genre.

From start to finish “Abominator” is pedal to the metal energy! The album does a great job not only paying homage to the classic “Misfits” sound Doyle is known for but it also infuses a progressive element that will captivate virgin listeners. The only thing I found to be a negative was at times there seemed to be a lack of bass in the overall mix however it wasn’t enough to make me not want to listen to the album on repeat a few times over. If you haven’t got your copy of the album yet I don’t know what you are waiting for? As the longer you wait the longer you’re going to be missing out on some really killer sounds.