I personally cannot get enough of “Star Trek: The Next Generation”. Timed with the recent release of Season Four on Blu-ray, this two-part, “Redemption” is the season four finale and season five premiere. It is being released as a standalone similar to the “Best of Both Worlds” release with two episodes edited together for seamlessly. If you love these episodes like myself then you will be able to see the extended episode like never before. This cliffhanger is so epic and one of my favorites as we get to follow Captain Picard and Lieutenant Worf as they fight to end a Klingon Civil War. Currently the episode “Redemption, Part 2” is not available on Blu-ray, until Season Five comes out later this year. I would think that this release would be aimed for the hardcore Trekkies out there. It looks like we are seeing a trend now with these episodic feature length releases but  but for me this is a no-brainer for sure.

Like the series on Blu-ray, this also comes stocked with a very impressive DTS-HD Master Audio 7.1 and of course the original Dolby Digital 2.0 for those “Star Trek” purists that prefer the original broadcast audio tracks. The 1080p high definition transfer is nothing show of superb. Paramount did a beautiful job getting this series ready for its high-def close up. The special features are decent and unique to only this release. There is an Audio Commentary with Ronald D. Moore and Mike and Denise Okuda chatting about the episodes. There is decent length 30 minute featurette called “Survive and Succeed: An Empire at War” talking about the production of the episode from all aspects. Lastly there is two episodic promos for each episode. So you need to give props to Paramount since they could have just dropped these episode on a barbones disc and you know we still would have bought it, so the special features are a nice bonus to this release. 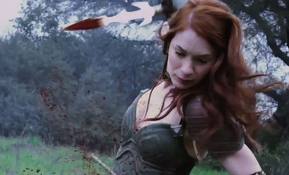 This six-part web series is based on the BioWare video game series of the same name. The series is created by Felicia Day, who is known best for her work on “The Guild” and “Dr. Horrible’s Sing A-long Blog”. When it comes to web series, when you have her included it is instant magic. If you are fan of this video game series, you will definitely enjoy getting to see this universe coming alive. You can tell that Felicia Day is a fan of this series herself and does not want to let the fans down. The show is definitely low-budget and it shows a little in it’s production but overall it kicks some major ass.

The series follows Tallis (Day), an Elvish assasin, who gets sent on a mission to capture a Qunari mage named Saarebas (Jones) who is wreaking havoc. along the way she meets up with Cairn (Rayner) and Nyree (Battise) to assist her. Even though this is a web series, like I said it has this way bigger feeling. As the six parts only total about an hour, I was left happy but wanting more…sequel in the cards?! Felicia Day is funny, strong and sexy as Tallis. Props also need to go to Doug Jones who always plays a awesome bad guy, just wish he was in it more.

The special features are really the main reason you are buying this DVD, since the episodes are available online. The extras as up to about 45 minutes and are very entertaining. To start there is a great commentary from the series’ director and producer.  There a a bunch of features including “Bringing the Game to Life”, “Costumes”, “Characters” and “Stunts”, which all focus on various aspects of the series’ production. They are very in depth and give great insight. There are a funny blooper reel included, it is a must watch. Also there are trailers for “Dragon Age II and Origins” games and also DLC. All in all, these extras are definitely worth taking the plunge for this DVD purchase. 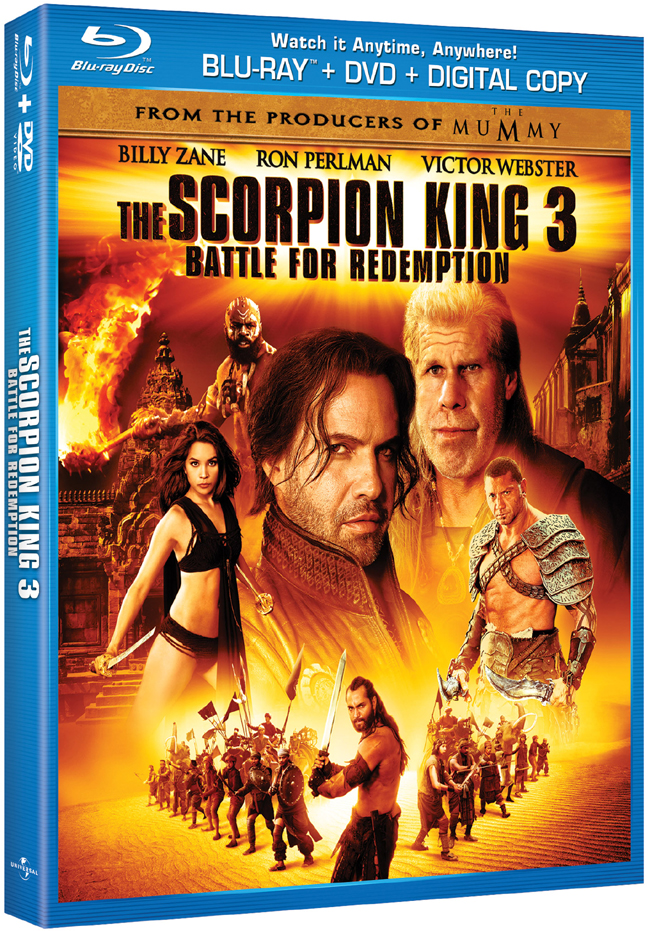 To celebrate the Blu-ray release of “The Scorpion King 3: Battle for Redemption”, Media Mikes would like to giveaway FIVE copies of the Blu-ray. If you would like to win one of these great prizes, please leave us a comment below or send us an email and let us know your favorite film in the “The Mummy” franchise. This giveaway will be open until Monday January 23rd at Noon, Eastern Time and is only open to residents of the United States. Only one entry per person, per household; all other entries will be considered invalid. Once the giveaway ends, Media Mikes will randomly pick out winners and alert the winners via email.

Here is the plot description for the “The Scorpion King 3: Battle For Redemption”:
Since his triumphant rise to power in the original blockbuster “The Scorpion King,” Mathayus’ kingdom has fallen and he’s lost his queen to plague. Now an assassin for hire, he must defend a kingdom from an evil tyrant and his ghost warriors for the chance to regain the power and glory he once knew. 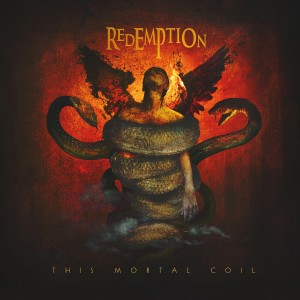 “This Mortal Coil” at first seemed like just another progressive heavy metal release. However after researching the album further and reading that prior to the recording of the album guitarist/keyboardist Nick van Dyk was diagnosed with blood cancer and given only a few years to live made me dig a little deeper into the songs. Tracks such as “No Tickets to the Funeral” and “Let it Rain” seem to speak volumes about what was going through Nick’s mind during the writing of the album. “This Mortal Coil” contains some really solid playing and appears to be the bands strongest album yet. A personal favorite of mine was the song “Dreams from the Pit”.  Clocking in at just over 9 minutes the track has an immensely dark and eerie feeling combined with blazing guitar passages that just wowed me from start to finish.

Redemptions newest album “This Mortal Coil” is easily the bands best work yet. The album seems to have a little something for everyone. Even if you are not a heavy metal fan or are just looking to test the waters of progressive metal listening pick up Redemptions “This Mortal Coil”!  I can almost guarantee that you will become an instant fan of the band and the progressive metal genre.