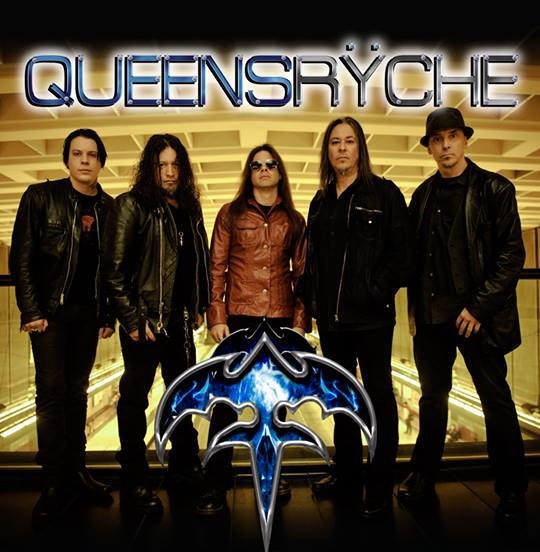 (November 4th, 2014 – New York, NY) – A newly revitalized Queensrÿche have partnered with PledgeMusic.com for a new album pre-order campaign entitled Building The Empire. Eddie Jackson, Todd LaTorre, Parker Lundgren, Scott Rockenfield and Michael Wilton will offer fans various unique experiences to bring them closer to the band than ever before. The band is offering everything from limited edition vinyl and merchandise to the actual instruments played on the upcoming album and a chance to hang with the band in their hometown of Seattle. The album pre-order as well as all of these other items and experiences can be found at www.pledgemusic.com/queensryche.

“For the first time in the history of Queensrÿche, we are doing something we have never done before,” states bassist Eddie Jackson. In conjunction with the PledgeMusic.com pre-order, Queensrÿche has created an opportunity for accredited investors to purchase a stake in Queensrÿche Holdings, LLC. This stake will allow select investors that meet certain financial requirements to share in all of the profits the band makes moving forward. This opportunity is being offered on a limited basis; interested parties should go www.queensrycheofficial.com/investment for more information and to begin the investor accreditation process.

Queensrÿche has recently begun writing music for their new album that is slated for release in Spring 2015. This release marks the band’s second album with Century Media as well as the second album with new vocalist Todd LaTorre. This release will be the follow up to their self-titled 2013 release which debuted on Billboard’s Top 200 chart landing at #23 and selling 13,659 copies its first week. That album received critical acclaim including Billboard magazine’s review stating: “From the moment Rockenfield’s drums and Wilton and Parker Lundgren’s guitars go on the attack in “Where Dreams Go to Die,” the traditional Queensrÿche sound is back. The hooks are arresting, and the rhythm section packs unmitigated fire power.” Sites such as Metal Underground proclaimed: “The band has brought back much of the direction that made it one of the most revered in progressive/power metal history,” and BraveWords.com exclaims: “This self-titled slab of faith-restoring metal boasts the return of the almighty riff, twin guitar leads, and brazen in-your-face melodies.”

Queensrÿche first burst onto the music scene in 1982 with the release of their self-titled 4 song EP Queensrÿche. They very quickly gained international recognition and performed to sold out audiences around the world. With the follow up first full-length album “The Warning” in 1984, and the ground breaking 1986 release of “Rage For Order”, Queensrÿche continued to prove their worldwide dominance as one of the most respected and creative bands of the 80’s. In 1988 the band turned out yet another monumental album “Operation: Mindcrime”, which would go on to become one of the TOP 10 best selling concepts records of all time, and set the stage for continued sold out performances around the world. With the release of the critically acclaimed and commercially successful “Empire” in 1991, the band earned multiple Grammy Award nominations and won the MTV “viewer’s choice” award for the #1 chart topping hit “Silent Lucidity”. During the next ten years, the band continued to release albums and tour the world to sold-out audiences. Queensrÿche has sold over 30 million albums worldwide and have continued to break new ground and push their creative process.