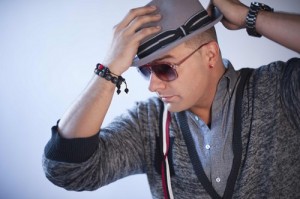 Ricky J is a singer/songwriter whose album “Paint the Town” hit the Canadian music charts at #3. His latest single “One Drop” is currently also making its way up the charts. Media Mikes had a chance to ask Ricky a few questions about the album and his involvement with the internet site Cheaterville.com.

Adam Lawton: What made you want to get into music?
Ricky J: I was always into music for some reason. My parents always had music playing around. I always felt a strong connection to music. It’s like a gut feeling that’s kind of hard to explain.

AL: Can you tell us about your latest video/single “One Drop”?
RJ: “One drop” is my current single in Canada off my current album “Paint the Town”. The album has been #3 on the hit charts in Canada. I’m still working the single so I can say we are still building and pushing that song. “One Drop” came about through my co writer DatDude back in Montreal. He had an idea started that he showed me and I came on and we wrote pretty much the entire song together. The aim was to get a Taio Cruz vibe but with my swag and vibe on it. The song is about how there are some girls that you can buy them everything and there are some girls who just want to go out and have fun. They are the girls who don’t care about money or status.

AL: Can you tell us about your work with cheaterville.com?
RJ: Cheaterville! I Love that site. The owner James is a cool dude. Here is a guy who got cheated on and based a site out of it. (Laughs) CheaterVille was looking for an anthem for their site and we connected through mutual friends. I wanted to give them an anthem that was NOT cheesy and not too cliché. I wanted the song to be a little more real. I produced and wrote this song with Sibley who is another HOT L.A artist. I took some of my thoughts and also based it on some situations people I know were kind of going through. Cheaterville wanted it to be something that would work for their site, for radio and for clubs. Don’t forget the song is on iTunes now! (plug plug).

AL: How would you describe you latest album?
RJ: “Paint the town” is a feel good album. It hits you with a little bit of all my influences. The album makes you want to get up and move. Expect a good time with some good music.

AL: Where is the best place for people to go to keep up with your latest news and releases?
RJ: Fans can always check out my music on iTunes. For anybody that wants to check out my music videos or all the online content I have they can go to  www.youtubec.com/rickyjmusic and or all the readers can show their support and follow me on www.twitter.com/officialrickyj