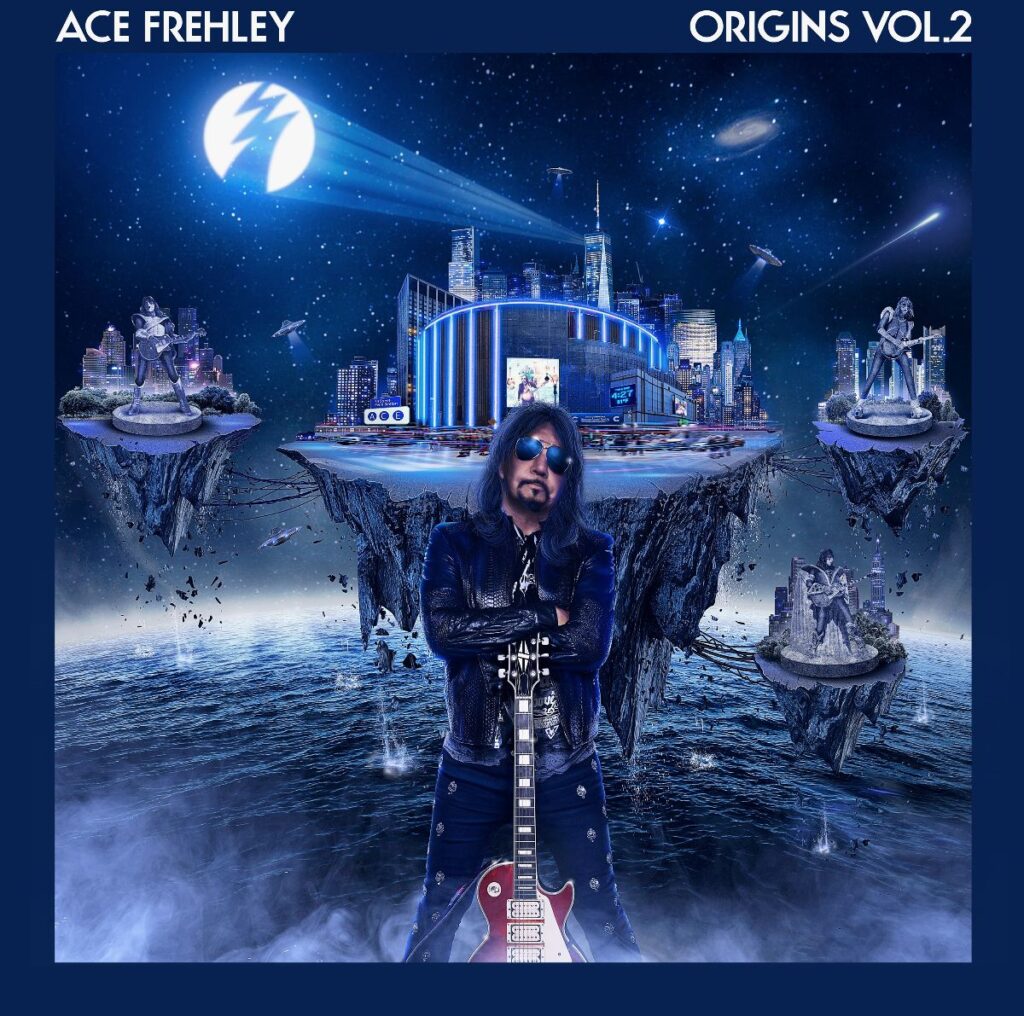 Founding KISS guitarist and Rock and Roll Hall Of Fame member Ace Frehley released his highly-anticipated second collection of eleven rock ‘n’ roll covers, titled Origins Vol. 2, today via Entertainment One (eOne). The record acts as the sequel to Frehley’s 2016 album Origins Vol. 1 and continues his reflections on a lifetime in music and inspiration.

Frehley is joined by friends on guest appearances, such as Robin Zander of Cheap Trick, former KISS comrade Bruce Kulick, John 5, and Lita Ford. Frehley and company tackle high energy versions of deep cuts and classics by Led Zeppelin, The Beatles, The Jimi Hendrix Experience, and other musical touchstones of rock.

No stranger to cover versions throughout his musical history — having recorded, rebranded, and repossessed such notable nuggets as “New York Groove,” “Do Ya” and “I Wanna Go Back” throughout his eight previous studio efforts — this new collection presents a thoughtful and exciting selection of songs that inspired and helped shape the legendary guitarist.

Founding KISS guitarist and Rock and Roll Hall Of Fame member Ace Frehley announces the release of Origins Vol. 2, his highly-anticipated second collection of eleven rock ‘n’ roll covers, due out on September 18, 2020. Today, he also releases the first single, a flawless cover of Deep Purple’s 1972 hit, “Space Truckin'” available now on all streaming platforms, and as an official music video.

Ace offers,“‘Space Truckin’ was recorded years ago, and then I just re-recorded some parts and changed it a little. We never ended up putting it on a record, so it was just sitting around. It turned out very well. Rob Sabino is a very accomplished studio musician, and we actually grew up in the Bronx together, so we go way back.”

The official video for “Space Truckin’” was directed by eOne’s Ken Gullic (VP, Sales & Acquisitions, Music) and animated by Chris Fequiere, the same team behind the “Mission to Mars” music video from Frehley’s Spaceman album in 2018.

Frehley has also re-signed with eOne for more new releases, which extends his original deal signed in 2013. During his tenure, he has released three albums worth of new material, Origins Vol. 2 is the fourth. A new studio album is planned for 2021 with two additional releases to follow.

eOne’s Scott Givens, SVP, Rock & Metal, Music says, “I am thrilled to extend our partnership with Ace Frehley.  He is a core artist for eOne and I look forward to more continued success with him.”

eOne’s Ken Gullic, VP, Sales & Acquisitions, Music, offers, “We were warned, before our first meeting with Ace in 2014, that he’d never deliver an album or get on the plane for that very meeting. He showed up with an early version of Steve Miller’s “The Joker” in hand and then cranked out eleven brand new songs at lightning speed for his first top 10 solo album ever, ‘Space Invader,’ just in time for his Rock and Roll Hall of Fame induction as a KISS member in 2014. With nine albums into his vibrant solo career, one that clearly stands on its own, it’s time for Ace to be considered as a Rock & Roll Hall of Fame inducted solo performer too.“

Frehley continues his reflections on a lifetime in music with this release of Origins Vol. 2. No stranger to cover versions throughout his musical history — having recorded, rebranded and repossessed such notable nuggets as “New York Groove,” “Do Ya” and “I Wanna Go Back” throughout his eight previous studio efforts — this new collection presents a thoughtful and exciting selection of songs that inspired and helped shape the legendary guitarist. That spirit of fun is carried through with exquisite execution, and guitar aficionados will enjoy Frehley’s fresh interpretations of these classic songs. 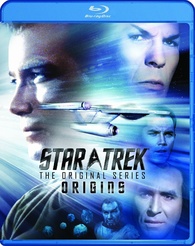 To celebrate the release of “Star Trek Into Darkness”, Paramount decided to cash in a little and release a new collection of episodes from “Star Trek: The Original Series”.  Included here are the episodes which showcased the debut of some many significant characters from the series.  They are all  introduced by Rod Roddenberry, son of Star Trek creator Gene Roddenberry, which is a nice little bonus since that isn’t available previously.  But since the episodes are, I would have to say this would be recommend for the completists out there and hardcore “Star Trek” fans only. Though I have to admit, I loved revisiting the origin of Kirk, Spock, Pike, Khan, Klingons and even the Tribbles.

Official Synopsis: Here are the origin episodes of the most significant characters from Star Trek: The Original Series, introduced by Rod Roddenberry, son of Star Trek creator Gene Roddenberry. Episodes include: “The Cage”: the pilot that started it all and introduced Captain Pike and Spock. “Where No Man Has Gone Before”: the first time Captain Kirk is seen at the helm of the Enterprise. “Space Seed”: the debut of super villain, Khan. “Errand of Mercy”: the crew’s first encounter with the barbaric Klingons. “Trouble with Tribbles”: the arrival of the cute, but catastrophic creatures.

If you already own The Original Series on Blu-ray (and I know you do!), then you will know that the 1080p transfer of this amazing series is stunning. So you like be just as satisfied as your were with those episodes. The DTS-HD Master Audio 7.1 still sounds as crystal clear as it has before and makes me realize what an impressive track this really is.  Besides the five episodes, there are no additional special features. To make this really worth the purchase, it would would have been amazing if they could have tacked on some new or even pre-existing commentary tracks since they are such epic episodes. So if you are wondering why I still gave this 5 out of 5 stars, it is because these are some of the best episodes of the series and for hardcore fans like myself it is great to have them all together.