With an album title like “The Electric Warlock Acid Witch Satanic Orgy Celebration Dispenser” one would hope for the music to be equally as impressive. Sadly this is not the case as the new album from Rob Zombie is an uneven blend of chaotic, multi layered samples that lack any real musical substance. Over the course of the albums twelve tracks which only clock in at a measly thirty one minutes Zombie’s once unique blend of horror infused rock comes off as stale and tiresome. Despite a few shining moments in the way of tracks like “Well Everybody’s Fucking in a U.F.O.” and “The Hideous Exhibitions of a Dedicated Gore Whore” the album seemed to be absent of any real hook or catchiness and, instead comes off as a scattered mess. Even with such an impressive band behind him consisting of bassist Piggy D, guitarist John 5 and drummer Ginger Fish there still just wasn’t enough musical appeal to warrant a second listen.

Some impressively wordy titles are about all you will find in the latest release from Rob Zombie. With a three year lapse between albums I was certainly hoping for more and, in the case of “The Electric Warlock Acid Witch Satanic Orgy Celebration Dispenser” I needed a lot more. The albums lack of focus and its brief runtime really left me unfulfilled. This is easily Zombie’s weakest release however if you’re a long time fan and want it for your collection go for it but, if you are just know checking out Rob’s work I highly recommend skipping this and going to his impressive back catalog.

1.) The Last of the Demons Defeated
2.) Satanic Cyanide! The Killer Rocks On!
3.) The Life and Times of a Teenage Rock God
4.) Well Everybody’s Fucking in a U.F.O.
5.) A Hearse That Overturns with the Coffin Bursting Open
6.) The Hideous Exhibitions of a Dedicated Gore Whore
7.) Medication for the Melancholy
8.) In the Age of the Consecrated Vampire We All get High
9.) Super-Doom-Hex-Gloom, Pt. 1
10.) In the Bone Pile
11.) Get Your Boots On! That’s the End of Rock and Roll
12.) Wurdalak 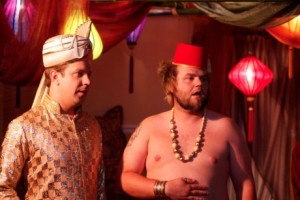 The unrated cut of the film adds about 3 extra minutes to the film but doesn’t add too much more to the film. The bonus features included on the disc are a very funny commentary from co-writers/directors Alex Gregory, Peter Huyck and Jason Sudeikis. There is also a bunch of deleted scenes running about 15 minutes and they are decent watches and are really more like extended scenes. There is a very funny gag reel, which I wish was longer. “How to Film an Orgy” is a decent but short 9 minute behind the scenes featurette. Overall I would say I enjoyed this film and would recommend it. 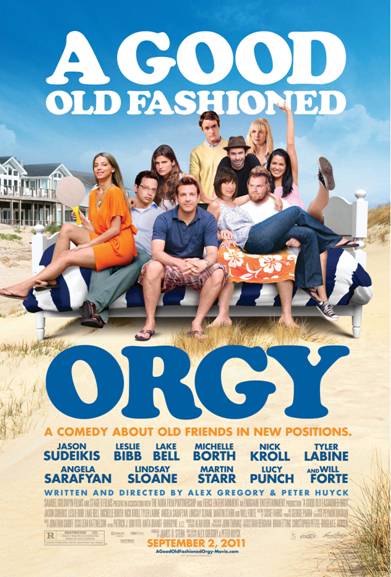 When Eric Keppler’s (JASON SUDEIKIS) father Jerry (DON JOHNSON) informs the group that he plans to sell their beloved Hamptons getaway, the gang finds it hard to face the reality that the summers they have known since their teenage years are coming to an end. Memories of infamous themed house parties date back to their high school days and this news is devastating to the long time friends.