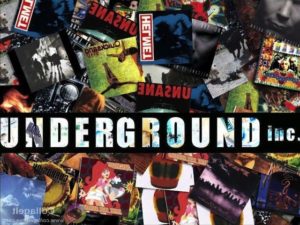 UNDERGROUND INC.: The Unsung Story of Alternative Rock
Members of White Zombie, Queens Of The Stone Age, Primus, Ministry and More Expose Truths in New Tell-All Documentary About 90’s Alternative Rock
Watch the Official Film Trailer Here
Make UNDERGROUND INC. a Reality by Supporting via Kickstarter
It was the early 90’s – seemingly out of nowhere, a little grunge band called Nirvana began outselling massive commercial artists like Michael Jackson. This immediately caught the attention of the giant record companies. These small underground bands branded as ‘alternative’ or ‘post-punk’, went from being inconsequential to being potential behemoths in record sales – and the hunt began.
Hungrily sweeping for the next Nirvana, a buying frenzy ensued as small indie labels were bought out by the commercial labels on a never before seen scale. A&R execs would see random alt-rock bands perform in a bar and appear after their set offering unheard of financial offers and immediate global exposure. It seemed these band members were set for life – so what happened?
Verity is revealed in UNDERGROUND INC.: The Unsung Story of Alternative Rock, an upcoming documentary destined to be the ultimate look at the alternative punk and metal scene in the 90’s, and a must see for serious music lovers. Told by the artists who pioneered a sonic subculture, this feature-length documentary tells the real story of the 90’s – exposing viewers to an amazing catalog of the era’s rarities and buried treasures, while re-living the struggles, triumphs and tragedies, as well as the debauchery. UNDERGROUND INC. will dig beneath the manufactured truth to explore what really happened, exploring a time unlike any other in the music industry!
UNDERGROUND INC. features interviews with members of seminal 90’s rock, punk and metal groups such as White Zombie, Queens Of The Stone Age, Primus, Bad Religion, Stone Sour, Clutch, Red Fang, Failure, Ministry, Quicksand, Helmet, Steve Albini, Sepultura and dozens more. Viewers are getting an in-depth, raw look at the scene from musicians who were at the forefront.
Watch the official documentary trailer here!
UNDERGROUND INC.‘s original music is composed by Peter Mengede (Helmet), Grammy nominated record producer Alex Newport (The Mars Volta, Bloc Party, Death Cab For Cutie) and Mark Bradridge.
In order to get this documentary out of the creation stages and into the homes of music lovers, the creators of UNDERGROUND INC. have launched a Kickstarter campaign. The Kickstarter campaign will run for 32 days, and the project goal is $40,000.
You can support the documentary here: https://www.kickstarter.com/projects/1412308217/underground-inc-the-unsung-story-of-alternative-ro
Read Complete Article
Filed Under: Music, Music Headlines Tagged With: 90s, age, alternative, documentary, expose, members, ... 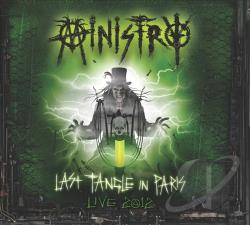 “Ministry: Last Tangle in Paris Live 2012” was recorded primarily at the Vic Theatre in Chicago, IL during the bands 2012 “DeFiBriLa Tour“. The disc’s feature a variety of live performances, in-studio, rehearsal and backstage footage, and one-on-one interviews with the “godfather of industrial metal”, Al Jourgensen. Produced by Angelina Lukacin Jourgensen and Directed by Zach Passero “Last Tangle in Paris” is being released via UDR Music/ 13th Planet Records on a number of formats including 2 CD/DVD Digi Packs, BluRay, 2-CD Amaray, 2 X vinyl Gatefold, digital audio/video and standard CD.

Announced as the “last live Ministry release” “Ministry: Last Tangle in Paris Live 2012” fires on all of its industrial fueled cylinders. Candid behind the scenes footage blends with flawless live performances giving the viewer/listener a package they can really sink their teeth into. After the death of longtime Ministry guitarist Mike Saccia in December of 2012 founder and lead vocalist Al Jourgensen disbanded the group in 2013 following the release of their 13th studio album titled “From beer to Eternity”. This package marks Saccia’s last run with the band and stands as a fitting tribute to his musical legacy. Everything from the explosive “Ghouldiggers” to “Psalm 69”, New World Order (NWO) to “Just One Fix” is featured on the DVD portion of this film.

When you get in to the audio portion of the release which is spread over 2 discs you are thrown further into the realm of Ministry as it features a retrospective of live tracks dating back to 2006 including live versions of “Rio Grande Blood”, Let’s GO and “So What” among many other Ministry staples.
The only thing I found to be missing from this release is the always entertaining “Jesus Built My Hotrod” however hardcore Ministry fans probably already have several live versions of this popular track tucked away in their closets next to their studded black leather boots. With the absence of that track aside you really couldn’t ask for a better release to go out on. The audio tracks on all three discs leap out of the speakers while the visual elements of the DVD keep your attention even after multiple viewings making “Ministry: Last Tangle in Paris Live 2012”a must have! 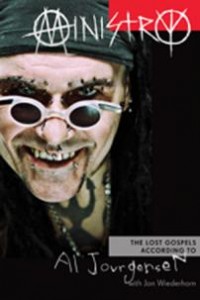 Go backstage with the scariest band EVER, Ministry, in this latest rockumentary. I have followed Ministry music in the early-mid 90’s and they are definitely not your typical band, especially not during their live performance. If you are not aware of Ministry, they are responsible for taking the genre of industrial rock and bringing it mainstream. If you enjoy behind the scenes in the music films then this is for you for sure. This film had me enthralled by its events almost so that I could not turn away.

This movie follow Al Jourgensen, founder of Ministry and his struggles with drugs and touring. Besides interviews from Al Jourgensen and other members and ex-members of Ministry, this is packed with interviews from many notable bands like Trent Reznor (NIN), Maynard Keenan (Tool), Jonathan Davis (Korn), Lemmy Kilmister (Motörhead) and Dave Navarro (Jane’s Addiction). They all talk about how they have been inspired by Ministry’s music at some point.

The film includes some really personal and up close interviews from Ministry’s tours in the mid-90’s. This really delves into the dark side of his music and his life. I am a big fan of Korn and its lead singer Jonathan Davis was quoted saying the following about Al, “When I first met Al he freaked me the fuck out… I had to leave.” This movie is not for the faint of heart as it is quite intense but is overall an interesting trip into the mind of Al Jourgensen.