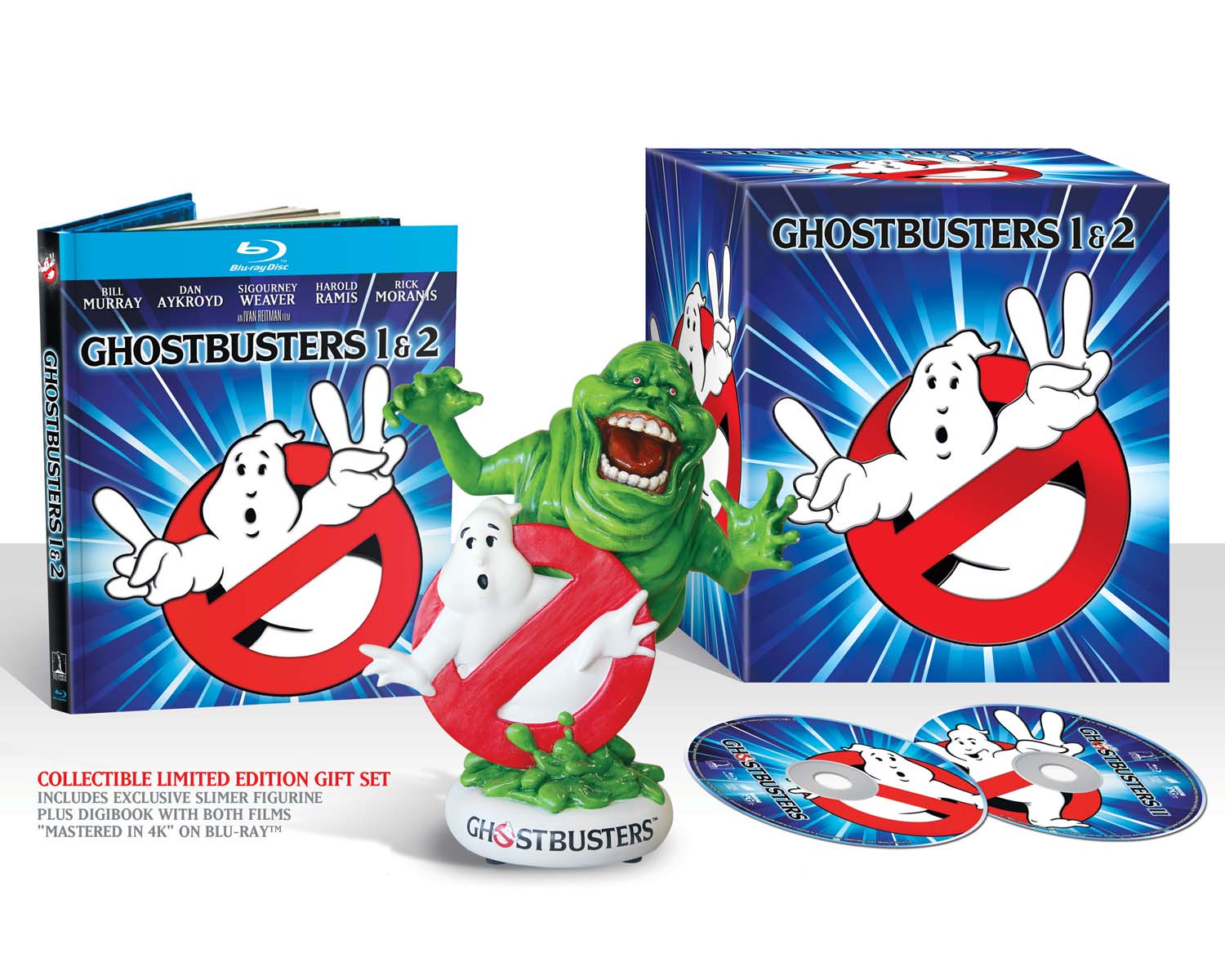 CULVER CITY, Calif. (June 5, 2014)  Sony Pictures Entertainment will celebrate the 30th anniversary of its blockbuster franchiseGhostbusters with a series of special events and home entertainment releases.  As a highlight of the celebration, the original 1984 film has been restored and remastered in 4K and will be returning to the big screen, in over 700 locations in the United States and Canada, for a limited engagement starting August 29 (Labor Day weekend).

Commenting on the announcement, Rory Bruer, president, Worldwide Distribution for Sony Pictures, said, Ghostbusters is still one of our studios most beloved franchises  I was lucky enough to work on the release of the film on its first run, so its a real thrill for me to see that its still connecting with audiences everywhere.  On the big screen or in home entertainment, this is a great movie to experience again and again.

Following the theatrical release of the film, on September 16, fans will be able to own the Ghostbusters 30th Anniversary Edition on Blu-ray and the Ghostbusters II 25th Anniversary Edition, as that film makes its Blu-ray debut.  The Sony Pictures Home Entertainment releases of the films will also be available in a two-disc anniversary edition Blu-ray Digibook including both films, as well as a Limited Edition gift set that includes an exclusive collectible Slimer figurine and the two-disc Digibook.  This special gift set will only be available for a very limited time, with the collectible Slimer figurine being a true must-have for fans. Both films have been fully restored and remastered in 4K and will be presented in high definition on Blu-ray from those 4K sources.

To celebrate this milestone anniversary, we wanted to create something new and collectible for fans.  These new Ghostbusters Blu-rays will feature the highest quality presentation along with new content that reflects the rich history of this iconic franchise, said Lexine Wong, Senior Executive Vice President, Worldwide Marketing, Sony Pictures Home Entertainment.

Today also marks the premiere of the new website, GHOSTBUSTERS.COM, where fans can access new franchise offerings, including collectible merchandise, music, and more.  Fans can register for updates, unique video content, as well as Ghostbusters news.

There will also be a slew of new merchandise from Sony Pictures Consumer Products to be released. Collaborations include Lego, Mattel, Funko, Mad Engine and other select items to help celebrate the occasion. In addition, SPCP partnered with Gallery 1988 to create a once-in a lifetime experience, displaying original paintings, limited edition prints, and sculptures inspired by the film.

Fans can follow the action on social media with the hashtag #GB30 or visiting the following sites:

Directed and produced by Ivan Reitman (Meatballs, Stripes), with the screenplay written by Dan Aykroyd (My Girl) and Harold Ramis (Knocked Up), GHOSTBUSTERS is listed as No. 28 on the AFIs List of Americas Funniest Movies. Bill Murray (Stripes), Dan Aykroyd (Blues Brothers), and Sigourney Weaver (Aliens) star, along with Harold Ramis (Groundhog Day), and Rick Moranis (Honey I Shrunk the Kids). Ernie Hudson (TVs Oz) and Annie Potts (TVs Designing Women) also star in the films.

GHOSTBUSTERS: University parapsychologists Dr. Peter Venkman (Murray), Dr. Raymond Stanz (Aykroyd) and Dr. Egon Spengler (Ramis) lose a research grant when their experiment methodology is proven to be bogus. The team decides to go into business for themselves and open Ghostbusters, a ghost removal service. After struggling to get on their feet, they are summoned to investigate the strange happenings in Dana Barretts (Weaver) Central Park West apartment. What they discover is that all Manhattan is being besieged by ghosts and other worldly demons through a portal in her building.

GHOSTBUSTERS II: Supernatural superstars Peter Venkman (Murray), Dr. Raymond Stanz (Aykroyd) and Dr. Egon Spengler (Ramis) spring back into action when the infant son of Dana Barrett (Weaver) becomes the target of a powerful demonic force. Reunited with their industrious secretary Janine (Potts) and the nerdy, near-sighted Louis (Moranis), the heroes of the hereafter must put a stop to an enormous underground river ready to rot the roots of the entire Big Apple.

GHOSTBUSTERS II has a run time of approximately 108 minutes and is rated PG.