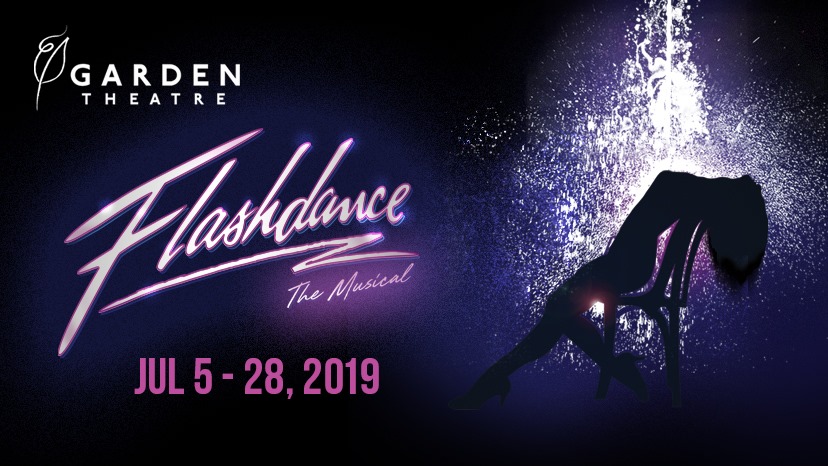 “Flashdance the Musical” is a stage adaptation of the 1983 musical film “Flashdance”. The show features original music by Robbie Roth and lyrics by Roth and Robert Cary. It originally had its world premiere in 2008 as part of a ten-month UK tour, followed by a London West End run in 2010. It also had a US tour in 2012-2014, but never made it to Broadway.

“Flashdance: The Musical” premiered at the Garden Theatre in Winter Garden, FL on July 5th and will continue there until the 28th. When I attend a show, I try and stick around and listen to everyone’s comments when they leave. I love hearing everyone’s thoughts, which also helps me properly form my thoughts as a critic. Some of the comments, I heard was “felt like a high school production” and “lead girl couldn’t even dance”. I enjoyed the show for the most part but did agree with some of what I heard.

From discussing with my date, we decided we agreed with some of the comments we overhead. I do not feel like the actress that played Alex Owens was the best choice. Her profile said she was dancing for 17 years but she was definitely not great in my humble opinion. The ensemble cast stole the show for me and had the best dancers by far. As far as the high school production comment, the Garden Theatre might not have scene changes like Dr. Phillips Center but it has charm and delivered a good set for “Flashdance: The Musical”.

Official Synopsis: Dance like you’ve never danced before! FLASHDANCE: THE MUSICAL tells the inspiring and unforgettable story of 18-year-old Alex, a welder by day and ‘flashdancer’ by night, who dreams of becoming a professional dancer. When a romance complicates her ambitions, she harnesses it to drive her dreams.

The show was jam packed with the classic pop hits from the movie including “Maniac,” “Gloria,” “I Love Rock & Roll” and everyone’s favorite by Irene Cara, “Flashdance…What a Feeling.” I wasn’t a huge fan of the original songs from the show but when these classics came on, I perked up and definitely wasn’t the only one. Overall, I enjoyed the show. Ensemble dancing and supporting cast definitely delivered another winner for the Garden Theatre. Look forward to their next performance.

Once again, “Flashdance: The Musical” will be playing at the Garden Theatre from July 5th-28th, 2019. Support local theatre and buy tickets here: https://www.gardentheatre.org/play/flashdance-the-musical/