When it comes to sports inspiration films, it is usually not my cup of tea. Don’t get me wrong though, if it is got I usually will get into it. I enjoyed the recent film “The 5th Quarter”. The film was fast paced and inspiring but it felt out of balance in parts and off-sides with its story. This film has been shelved for a while since it was made in 2009 and I understand why. But I am sure that this film will find its audience with the catholic groups and with fans of sports movies…just not with me.

in case you don’t already known this is based on a true story and takes place in 1971. Cathy Rush (Carla Gugino) who chooses to work as a women’s basketball coach. The college team at Immaculata College are no good and in fear of being shut down for good. Under the lead of Cathy, she decides that this is the year for the team and does everything she can to accomplish that goal.

The cast is great but not used to their full potential in this. Carla Gugino is damn good in the recent film “Sucker Punch” but seems to be holding back in this one. Ellen Burstyn is always wonderful but also is too secondary of a character to real shine. The same goes for David Boreanaz, who is just swept aside as the husband figure. He character feels just added in at last minute. 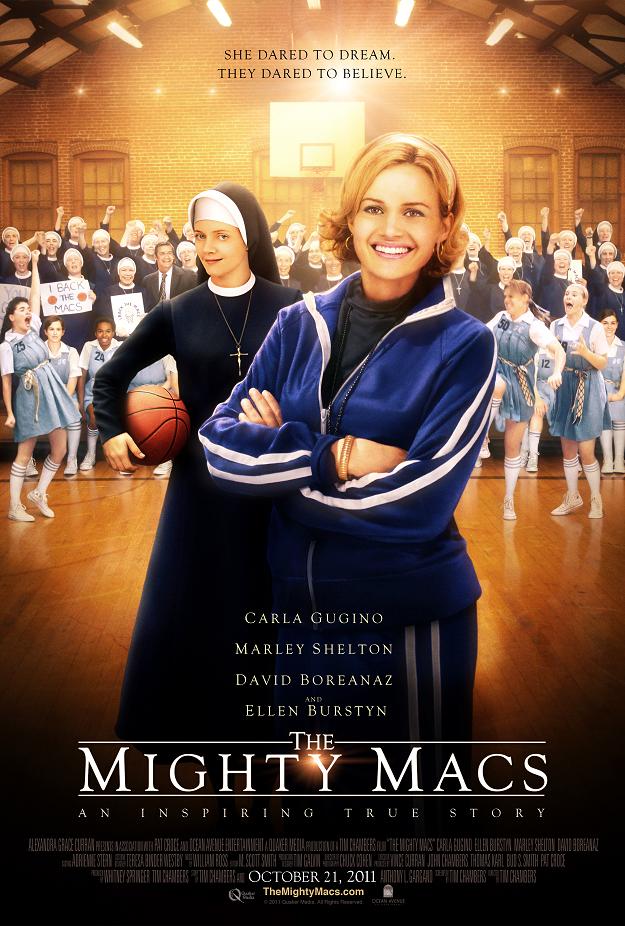