Media Mikes is proud to be hosting an advance screening of the action/thriller film “Mile 22” starring Lauren Cohan, Mark Wahlberg and WWE Superstar Ronda Rousey. Click below to get tickets, first come first serve! Good luck and like always leave a comment here after you’ve seen the film!

To download your complimentary passes to the MILE 22 advance screening at AMC Boston Common on Wednesday, August 15th at 7:00pm please visit

CIA operative James Silva leads a small but lethal paramilitary team on an urgent and dangerous mission. They must transport a foreign intelligence asset from an American embassy in Southeast Asia to an airfield for extraction — a distance of 22 miles. Silva and the soldiers soon find themselves in a race against time as the city’s military, police and street gangs close in to reclaim the asset. 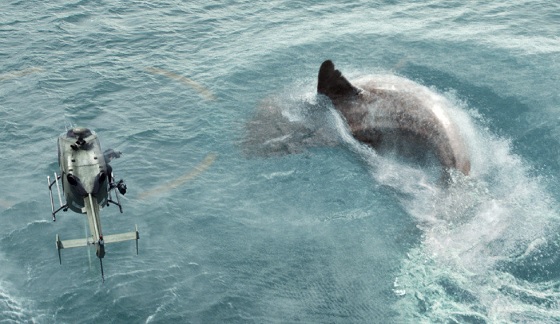 If you’ve learned anything about me over the years, you know that “Jaws” is my favorite film.  That being said, every time a new shark themed film shows up (“Deep Blue Sea,” “Open Water,” “The Shallows,” etc) I have to put my blinders on and do my best not to compare the film to “Jaws.”  However, when the film in question steals whole sequences from the film, I may bet a little testy.

We meet Jonas Taylor (Statham) as he and his rescue team are trying to save the crew of a submerged vessel.  However, just as you think they’re all going to survive, they are attacked by “something,” causing Taylor to leave behind a couple teammates, who inevitably die.  Fade to black and jump ahead a few years.

Welcome to the bottom of the ocean, inside the Mariana Trench.  A bizarre philanthropist (Wilson) has financed an expedition to the trench with the purpose of trying to go deeper.  The idea is that it’s so cold at the bottom of the ocean that maybe you’re not on the ocean’s floor.  Maybe you’re just blocked.  Crazy guy arrives at his sea platform, which is full of scientists and a cute Chinese family (older father, daughter and granddaughter).  The mission is a success, but while down below their sub is attacked by “something.”  Only one person can help them…someone whose life was changed by “something.”  But what?

With a few good special effects shots and a cast that’s trying way too hard, “The Meg” is passable entertainment.  A giant shark that can actually eat people whole is kind of cool, though the filmmakers can’t seem to decide on how big it is.  When it’s out to sea it’s HUGE, knocking over boats and gobbling up people like cocktail peanuts.  But when it comes close to shore, where hundreds of people are bathing, it easily swims by, not one person noticing the 60 foot monster that just passed by.

Director Turtletaub has directed four films since 2004, three of them starring Nicolas Cage, the master of over-emoting.  He would have made a fine substitute to Statham, who has proven himself in other films.  The slow parts between shark appearances start to add up, and the film feels every bit of its almost 2-hour run time.

To steal (and paraphrase) from Woody Allen in “Annie Hall,” a film is like a shark.  It has to keep on moving or it will die.  And what we’re dealing with here…is a dead shark.

Media Mikes is proud to be hosting an advance screening of the action/horror film “The Meg” starring Jason Statham, Ruby Rose, Li Bingbing and Rainn Wilson. Click below to get tickets, first come first serve! Good luck and like always leave a comment here after you’ve seen the film!

A massive creature attacks a deep-sea submersible, leaving it disabled and trapping the crew at the bottom of the Pacific Ocean. With time running out, rescue diver Jonas Taylor must save the crew and the ocean itself from an unimaginable threat — a 75-foot-long prehistoric shark known as the Megalodon. 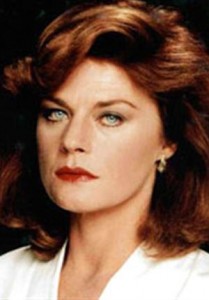 Meg Foster is known best for her roles in films like “They Live” and “Masters of the Universe”. She goes under a complete transformation for her latest role in Rob Zombie’s “The Lords of Salem”. Media Mikes had a chance to chat with her about her role in the film and how she got into her character.

Mike Gencarelli: How did you get involved with Rob Zombie’s “The Lords of Salem”?
Meg Foster: My manager phoned me and told me about the part. I was very interested in the role after reading it. I grew up in New England and something about it just reminded me of my childhood. I thought the words were just so beautiful. I think Morgan had some wonderful things to say. I had know about Rob Zombie’s work. Rob and I had a telephone conversation and I just keep relating back being a child in New England. I spent a lot of time in the woods and I had all of these wonderful childhood memories. Rob creates so much space for his actors. He expands everything. He is so generous in spirit and so very talented. It is like being a part of a painting. You are not just another color. You are YOUR color.

MG: Let’s talk about your transformation in this film; how did you get into character?
MF: Rob had his hands in creating everything. He worked with all the department heads. He had extraordinary effects, wardrobe, hair and make-up. They all worked together. The coven of witches from 1692 was quite amazing. I am not sure if you can actually see in the movie how amazing the costumes were. I was wearing wolf skin. It was like actually being one of them. You said transformation…that is really what it was. We actually didn’t have much makeup on, it was in fact dirt. I loved it. It made me feel like being a part of the earth. With the wardrobe, Julia Gombert used bones to hold pieces together. It was so well done and beautiful though. So this is how I got into the role.

MG: What was your the most challenging aspect of the role?
MF: I didn’t really do any planning for the role. I went through hair and make-up and just let the character develop on her own. The space that Rob developed for us actors made me feel so safe. I didn’t feel like there were any real challenges, but this is in retrospect. When I went in front of the camera and I just wanted to be as present as I could in the moment and let whatever was going to happen, just happen. The words that I had were very special. I like letting it just flow with the moment and follow the environment that was created. I don’t even know if I have words for this film! It is so multi-layered. It is like a labyrinth, a very visual labyrinth.

MG: What is it about the horror genre that interests you?
MF: It is always different. I like working in any genre. But I think that horror and sci-fi has always been popular and relevant. I remember watching Bela Lugosi in “Dracula”, when I was a child on “The Early Show”. It never frightened me but it terrified by brother. He was three or four at the time. He wouldn’t go to sleep that night without a crucifix in this bed [laughs]. So horror is the real deal.

MG: One of my favorites in the genre is “They Live”, can you reflect on the continued fan base surrounding this film still today?
MF: It is amazing. I have been so fortunate. I have worked with some of the most wonderful directors. John Carpenter was really great to work with on this film. When “They Live” came out and it wasn’t big at first but then it came back on Betamax and then got another life on DVD. Ever since doing “They Live” people always recognize me for the film. If I am in a market and I just hear them say “They Live” and I turn around and say “John Carpenter” and then say “Roddy Pipper” [laughs]. I absolutely love this film. It is quite extraordinary and the film itself is just timeless.