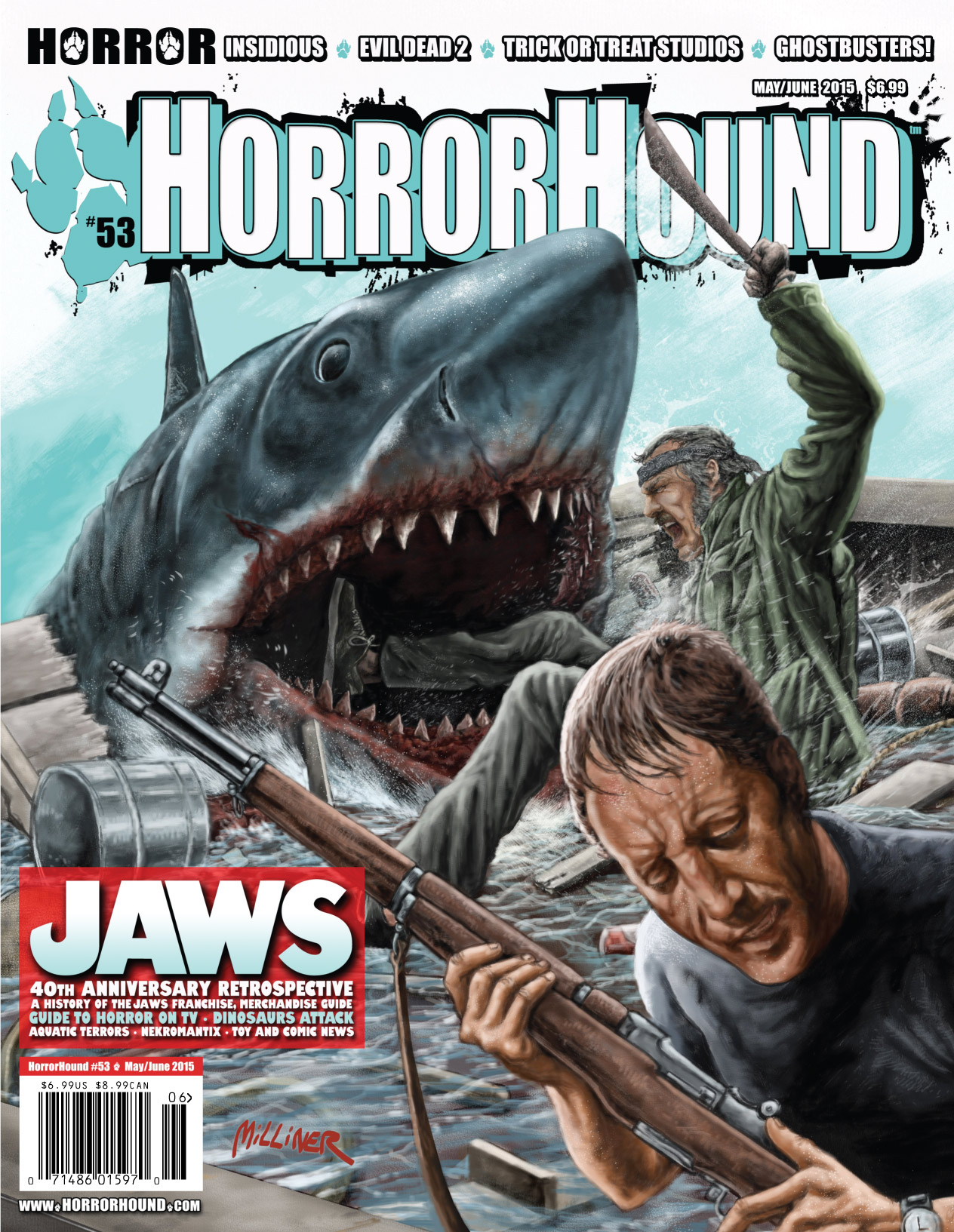 If you’re a fan of this site then you know that the Mike’s are huge “Jaws” fans. Horrorhound magazine knew this and they asked our own MovieMike to write a “Jaws” retrospective article for their 40th Anniversary Cover story. Look for it on newsstands soon!