For me, as well as many across the United States, October is a very special month. Traditionally, this is the time of year where the leaves on the trees die, landscapes become awash with gray and brown, and nature’s dying elements suddenly spring to life. It is also the time of year where millions upon millions flock to the haunted house attractions scattered across the country, seeking their fix for scares, creeps and downright nasty set-pieces. The film “The Houses October Built” chronicles one group’s journey across the United States in search of the greatest haunt in America, found footage style. Unfortunately, they find that not all participants are eager to be part of their documentary, and the trip of a lifetime turns into the stuff that nightmares are made of. I had the opportunity to speak with Writer/ Director/ Co-Star Bobby Roe and Writer/ Star Zack Andrews about the origins of the film and what they felt sets their found footage film apart from all the others.

Eric Schmitt: The Houses October Built is a Media Mikes favorite of 2014; brilliantly done and really innovative. What was the driving force behind making the film in the first place?
Zack Andrews: We wanted to do a found footage film about the haunts across America, but we were weary at first because the genre has become so watered down. We wanted to do it a different way – A first person view of haunted houses, which is something people hadn’t touched on yet.
Bobby Roe: We found that approximately 30 million people per year visit haunted houses in the United States and felt that if we could hit the right audience, especially in the Mid-West and South, where we all grew up, we could do something original. These are all real actors and real places in the haunts. It’s very organic.

ES: So all of the interviews and haunt scenes in the film were legit?
ZA: Yes, all interviews conducted and haunts were legit.
BR: We wanted to use real places and people, give credit to the craft. Think about it- we had every filmmaker’s dream; We got to shoot on million dollar sets for free! We used all of the real actors from the haunts, all of the real sets – it’s a realism that you can’t fake.

ES: What do you feel will attract people to your film, say over the next found footage film that they lay eyes on?
ZA: People are intrigued by the haunted house aspect and we really looked to appeal to the Halloween world. We’re hoping that audiences find it very intense, because it does take you on a ride. It’s a ride that’s a dream for a lot of people, to be able to road trip and visit all of these different haunts.
BR: And we tried to show different ways in how the haunts were done, like the Zombie Paintball. That was incredible!
ZA: That was a lot of fun! I’ve never seen anything like it before.
BR: Exactly! We’d never seen anything like it and to experience it, man it was great! After we ran the shoot with the regular actors, we had the entire crew go through it just so they could experience it.

ES: Did you receive any resistance from the haunts while you were shooting?
ZA: Not at all – the haunts were one big supportive family.
BR: And it was essentially a free commercial for them.

ES: So which one (of the haunts) was the most effective, in your opinion?
ZA: Each haunt really had something super effective, something that was its own specialty. Ever haunt we visited had something that would stick out. We’d visit a haunt and two weeks later still be talking about that one thing. Like there was one haunt that had a white-out room. We’ve all experienced a completely black room, but this room was completely white, filled with smoke and had one flood light. All of a sudden you would see this white mask appear from no where. It was intense.
BR: This one haunt had a kid, maybe 12-13 years old. He was the best scare actor we had ever seen. He never came out of character and it was amazing. We talked to the owner of the haunt and found out that when he had joined he was failing school, came from a really bad background. After a few weeks of working at the haunt, the kid had completely turned it around. The haunt, this family, gave him purpose. His teachers even called the owners of the haunt to tell them what a positive impact it obviously had on him. The haunt family created a sense of pride in him.

As a fan of the film, it was really great to hear the level of passion that Bobby and Zack had to express about the filmmaking process and the haunts themselves. For many of us, they most certainly lived the dream – traveling the country and visiting the best haunted houses around, all while filming a horror movie. Although the majority of people who read this article and/or see The Houses October Built will never be presented with the opportunity to make such a film, we can still engage these haunts across the U.S. and experience first hand what this group documented. We can see, hear and feel first hand what the masters of this craft have to offer, all the while knowing that the terror that grips our senses is authentic, much like the footage in The Houses October Built. 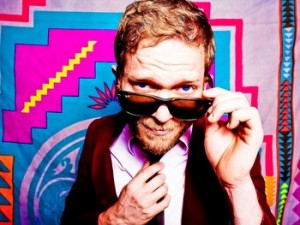 A graduate of the University of Texas, Greg MacLennan has the job most movie fans would kill for.  As the Director of Interactive Programming for the Alamo Draft House theatres, he has the opportunity to schedule great events combining movies of the past with current features.  This week, the Alamo Draft House Mainstreet Theatre in Kansas City is offering fans the chance to experience “Van Dammage!” – a trio of action films featuring Jean Claude Van Damme leading into an exclusive first look at the new film “The Expendables 2.”  While planning his next event, MacLennan took some time out to speak with Media Mikes.

Mike Smith:  You obviously have a love of films.  What inspired that?
Greg MacLennan:  I had the generic “film student” job of working in a video store, which gave me a chance to devour more movies then I ever had in my entire life.  And when I was younger my brother would go to the video store and bring home these awesome action movies.  Jean Claude Van Damme….Steven Segal….Arnold Schwarzenegger.  All of these amazing 80’s action movies.  I would just devour them no matter what they were.  And when I got older I found myself in a position at Alamo Draft House to put those movies back on the big screen.

MS:  How did the concept for “Van Dammage” come about?
GM:  I wanted to show movies where guys get punched in the face really hard!  That level of awesomeness isn’t happening on the big screen any more.  You don’t see the sweat running off of a bicep that has a vein breaking out of it.  You don’t get a real performance.  You don’t feel like those guys today could actually beat the **** out of each other.  I wanted to do a celebration of that.  And when I heard “The Expendables 2” was coming out I knew this was a perfect time to do it.  We checked with Lionsgate and they were like “let’s do this!”  Seriously, this is the greatest dream of my life.

MS:  What goes into the planning of an event like this?
GM:  First we have to get the idea approved.  Then we have to decide what movies we want to feature.  We have to lock down the titles and then make sure we can get them from the studios.  We have to come up with the various promotion items and the ridiculous menu items.  We always have a lot of surprises when it comes to Alamo Draft House’s Interactive Programming.  Just because you may know the titles of the films or the menu items doesn’t mean you’re going to know everything.  It’s a lot of people working and coordinating all of the aspects of the event.

Here is the lineup and menu for “Van Dammage!”

5:00 PM:  Van Damme stars as real life martial arts champ Frank Dux (and does an incredible display of the splits) in “Bloodsport.”

8:45 PM:  Dolph Lundgren co-stars with the Muscles from Brussels in “Universal Soldier.”

The menu created for VAN DAMMAGE is action packed as well. Moviegoers can enjoy three special dishes that will put a stranglehold on even the largest appetite – KUMITE CHOP SUEY, a dish packed with meat, eggs, veggies and noodles. ANDREW SCOTT’S EAR NECKLACE, freshly fried pork rinds fit to be strung together and worn, or dipped in a spicy soldier dipping sauce. Finally, finish off your hunger with HARD TARGET BEIGNETS, a sweet and delicious New Orleans treat of fried dough finished with powdered sugar and served with chicory syrup.

This special event is also being held on Wednesday, August 15, at the Austin, Texas Alamo Draft House.  VAN DAMMAGE tickets are $20 and available now! Tickets for the Kansas City screening are on sale now here.

Check out the event trailer here: