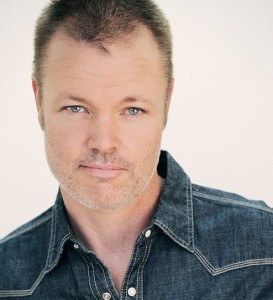 Terry Dale Parks has appeared in numerous television series and films. Some of his work includes appearances on “Homeland” and “Prison Break” to “Thor” and “Olympus Has Fallen”. Terry recently just finished work on “Terminator Genisys” and “Maze Runner: The Scorch”. Media Mikes had the chance to speak with Terry recently about his work on the two films as well as some of his other upcoming work.

Adam Lawton: What can you tell us about your work on “Terminator Genisys”?
Terry Dale Parks: That started off kind of funny. I had started out thinking I was going to New Orleans to work as that’s where a lot of the film was shot however at the last minute I ended up going to San Francisco. I do some stunts in the film as well as playing a character. The role I play is actually that of a guy who is in charge of one of the cybernetic research facilities. This was such a great film to work on. The thing Director Alan Taylor wanted to do was to make this film feel like the original James Cameron “Terminator” films. The film is sort of picking up where the originals left off. Having Arnold back in the film and getting to work around him was really a treat for me.

AL: What was your take on the “Terminator” series prior to working on it and how do you feel it fits in with the previous films?
TDP: I grew up with “Terminator” and the first 3 movies are really what I consider to be it for me in the series. Growing up in the 80’s and with that classic “I’ll Be Back” phrase that’s really where I see this new film fitting in. It really goes back to the originals. There’s a lot of heart in this film and it’s not just constant CGI effects. That’s the thing I loved about the original films was that all the characters had these dynamic relationships. Genisys has some great surprises and I think people are really going to like the film.

AL: You also are going to be appearing in “Maze Runner: The Scorch”. What can you tell us about that project?
TDP: I had never really heard about the first film. I ended up going to see the film one day not knowing what to expect and ultimately I found the film to be really interesting. What I loved about it is was how the relationship between the kids in the film developed. As the film went on it felt like they were this little family. So literally the next day after seeing the first film I got a call from my agent asking if I would be interested in reading for the film. I actually read for several different roles when I went in. I ended up landing a role where I am in charge of a facility where the kids are taken. I can’t really say much more than that. “The Scorch” literally picks up where the first film ended and it’s almost like watching your favorite Sci-Fi series and this is the next episode. What I found with working on this project is that the kids in the film have such a great relationship off screen that it seems to carry over to on screen. They are all great kids and it was a real pleasure working with everyone.

AL: You have a pretty extensive television resume as well. Do you find it difficult to transition between television and film roles?
TDP: There are long hours and hard work that go into both.  Sometimes when you are working on a television show you might be working on 4 different scripts which are being shot on a couple different sets all in one day. With a film you’re working on one thing so you are only focusing on certain scenes each day. With the television stuff I have to spend a little bit more time making sure I have everything set and am on the right page so to speak for each shot as like I said before a lot of times were working on multiple episodes at one time.

AL: Since were on the topic of television can you tell us about working on “Astronaut Wives Club”?
TDP: That was such a great and fun cast to be around. The show is going to be a 10 part mini-series on ABC. I think people are going to find this show very appealing as I think it has something that appeals to all demographics. For the guys the astronaut angle I think will be very interesting. At times the show also has a “Desperate Housewives” feel to it as it showcases a lot of the drama that these guys went through. When the ten episodes are up I wouldn’t be surprised if they don’t order more. It’s based off of a series of books so there are more options if they choose to continue on with it.

AL: Are there any other projects you have in the works that you would like to mention?
TDP: I did a project with Kyra Sedgwick titled “Big Sky”. That’s should be an interesting film that I think people will like. It’s definitely a thriller and also stars Bella Thorne and Frank Grillo. I am very excited for that to come out.

The year is 2029. Resistance leader John Connor is about to send his trusted lieutenant, Kyle Reese, back to the year 1984. His mission: protect the woman who will one day become John’s mother. Sound familiar?

An amazing twist on an old story, “Terminator Genisys” is a film bursting with action and surprises. Forget everything you think you know about the “Terminator” galaxy because director Taylor and his screenwriters have turned the story upside down. When Reese (Courtney) meets up with Sarah Connor (Emilia Clarke), he is surprised to find her with a Terminator of her own, who has been protecting her since she was nine. This is just one of the twists that come at you as fast and furious as the explosions on screen.

The cast is top-notch. I thought Courtney was a little over the top when he played Bruce Willis’ son in the last “Die Hard” film but here he brings a well of emotions that constantly rise up. Emilia Clarke is just as tough (and sexy) as Linda Hamilton was in the original films while Jason Clarke shows us a John Connor we never would have expected. And, of course, there is Schwarzenegger. Reprising the role that made him a star, he makes his re-programmed T-800 feel, dare I say it, almost human. He also has a great sense of humor. In the film it is learned that the outer skin on the Terminators is organic and that it ages just like the real thing, so when Arnold shows up with wrinkles and gray hair it’s explained.

The story moves fast, has plenty of action and just enough humor to keep you chuckling. Arnold promised he’d be back and he kept his word in spades! 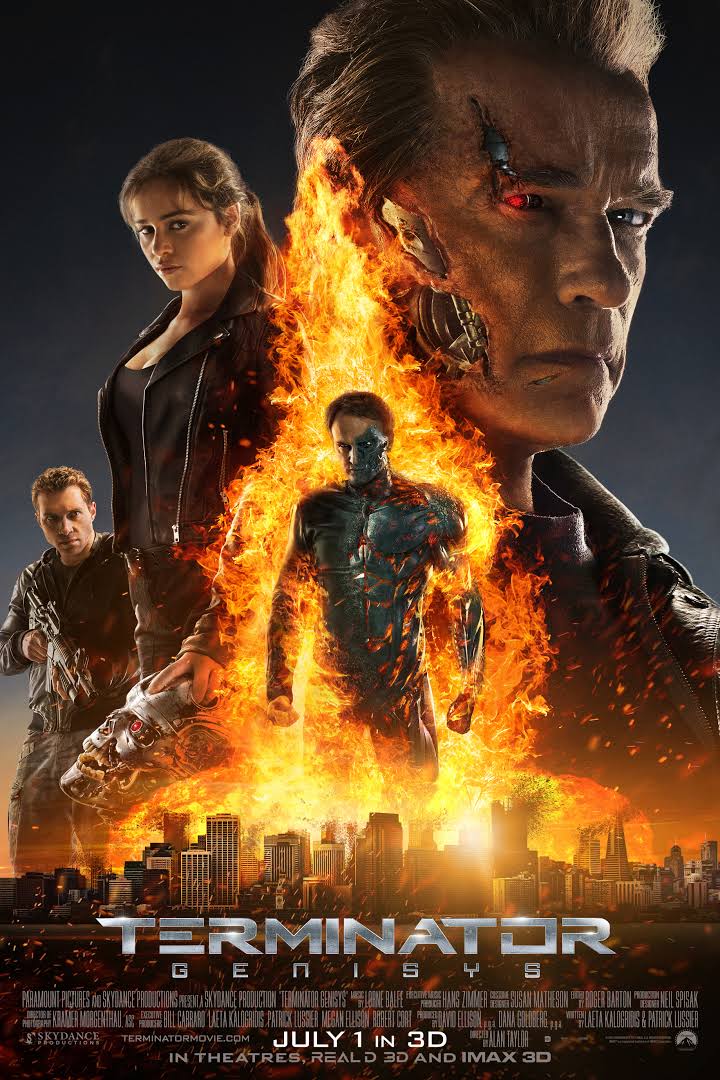 Live in the Orlando area and want to attend an advance screening!? Media Mikes had free tickets for you! Click here to get tickets: http://www.gofobo.com/MediaMikesTG. Passes are first come first served.

When John Connor (Jason Clarke), leader of the human resistance against Skynet, sends Kyle Reese (Jai Courtney) back to 1984 to protect his mother, Sarah (Emilia Clarke), from a Terminator assassin, an unexpected turn of events creates an altered timeline. Instead of a scared waitress, Sarah is a skilled fighter and has a Terminator guardian (Arnold Schwarzenegger) by her side. Faced with unlikely allies and dangerous new enemies, Reese sets out on an unexpected new mission: reset the future.