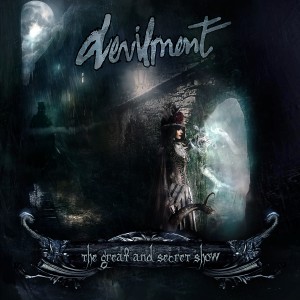 Dani Filth is best known as the founder and lead vocalist of the metal band Cradle of Filth. Filth’s newest musical endeavor goes by the name Devilment whose debut album title “The Great and Secret Show” will be released on October, 31st via Nuclear Blast Records. Media Mikes spoke recently with Dani about the new release, working with Bam Margera and the group’s upcoming tour with Motionless in White.

Adam Lawton: Can you give us some background on the formation of “Devilment”?
Dani Filth: A couple of years ago I met up with Daniel Finch and he asked me if I would be interested in working on a project with him. Over the course of those years the project has sort of grown and grown and flourished into a full blown band. All the members of the band live in pretty close proximity of one another and we are now set to release our first album. Scott Atkins who worked on the last Cradle of Filth album jumped on board helping with the recording process and we have been picked up by Nuclear Blast Records. Paul Ryan who was the original guitarist for Cradle of Filth is our manager/booking agent. He also is booking for Cradle of Filth now as well. We are keeping a lot of things in house with this project.

AL: What is it that you want to accomplish with this new album/band?
DF: It’s vastly different than Cradle of Filth. It’s a totally different entity in that’s its completely original. Each of the band members has their own unique perspective on metal and music in general. Our keyboardist Lauren doesn’t come from a metal background at all though she has come to appreciate it. Six of us have come together to create this unique thing. It is more riff driven and somewhat in the vein of Rammstein or White Zombie. The songs have more of a heavy groove to them. Lauren has brought this John Carpenter type vibe to the whole thing which is really great. The music is definitely in the realm of horror.

AL: With the music being different from your work with Cradle of Filth did you take a different creative path during the writing/recording process?
DF: Not overly. Cradle does a lot of stuff via the internet and then we all get together when needed for touring and such. With Devilment everyone lives locally unlike Cradle where members are literally spread across the world. Having everyone so close has made the experience different, as has writing in a lower key. Though I still write the same way as I always have I do approach the Devilment material a bit differently. I am a little more contemporary with the choruses and such. I don’t like to say it but the material has almost a pop sensibility.

AL: For the digi-pack release of the album you recorded a cover of Midnight Oil’s “Beds are Burning” can you tell us about that and, how Bam Margera ended up also on the track?
DF: That song comes wasn’t meant to be included on the 10 track version of the album. This song will be included on the special version along with two other songs. It sounds a little odd just because of the nature of the song. The original is a fucking awesome song and just very catchy. We have made it a bit heavier and added some keys to it as well. It has this “Exorcist”/”Tubular Bells” vibe to it. I chose Bam to sing on it because he actually owed me a favor. I sang at his wedding in Iceland last year so I thought I would return the favor. He went in to the studio with a producer in Philadelphia and his parts sound really great. The song has these kind of call and response portions to it. Bam sounds a lot like Pete Steele. It’s a very interesting and powerful track.

AL: Can you tell us about the upcoming video for the song “Even Your Blood Group Rejects Me”?
DF: The video is black and white with a splash of red every now and then. We worked with a photographer/video director named Scott Hunter. The video has a very cool fashion shoot vibe to it. It looks very contemporary and fresh. There is a lot of performance based elements that look really great. The way everything came together makes it one of those videos you have to watch a couple times just to be able to see everything.

AL: What type of tour plans do you have in place thus far?
DF: Cradle of Filth is heading out on the road prior to heading in to the studio in December. We will be in Russia for about a month then I have a few days off before hitting the road with Devilment. We will be out supporting Motionless in White and Lacuna Coil. That’s going to be a fresh experience for me being that we are not the headlining act. It’s going to be a big tour. This is Motionless in Whites first time in Europe.

AL: You just did a track with Motionless in White for their new album correct?
DF: Yes. That was actually unrelated and happened prior to the tour being announced. I suppose it garnered some favor. The song is called “Puppets 3” and it’s quite brutal. I was quite surprised because I knew of Motionless however I hadn’t really heard them. When I heard the track I thought it was a cross between early Cradle and At the Gates.

AL: Do you find it hard balancing your two groups due to them being quite different from one another?
DF: At the moment yes. The time factor has made things a bit tricky as we will be heading to Russia with Cradle, then I go out with Devilment and then come back to work with Cradle in the studio. There’s a lot of hard work ahead. Nuclear Blast has done a great job keeping me busy with press for Devilment it’s really great. It’s a bit hectic but it’s better than sitting around being bored. 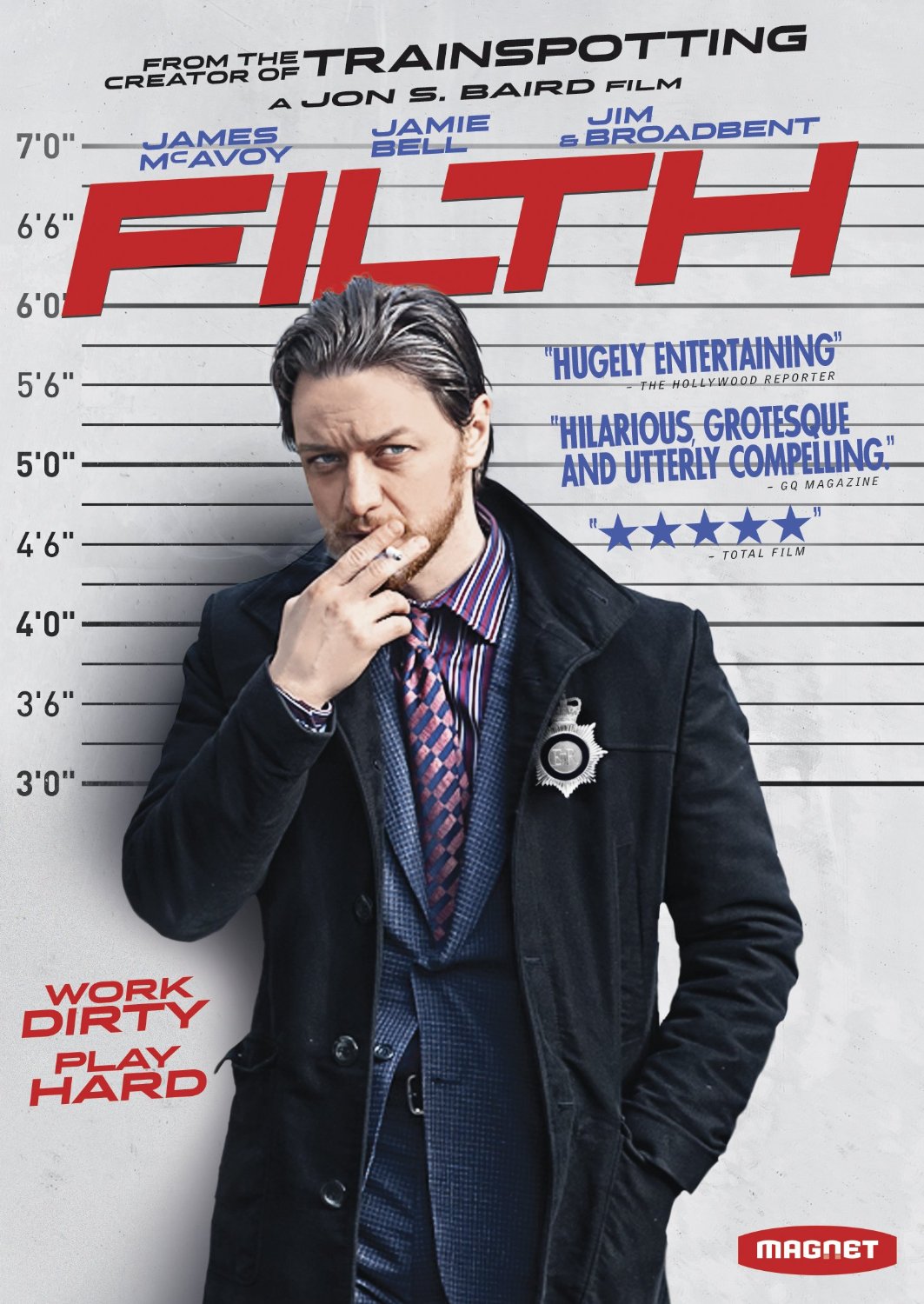 To celebrate the release of “Filth” starring James McAvoy, Media Mikes is excited to giveaway one (1) copy of the film on DVD to our readers. If you would like to enter for your chance to win one of this prize, please leave us a comment below or send us an email with your favorite James McAvoy film. This giveaway will remain open until August 29th at Noon, Eastern Time. This is open to all of our Media Mikes readers worldwide. One entry per person, per household. All other entries will be considered invalid. Media Mikes will randomly select winners. Winners will be alerted via email.

James McAvoy plays Detective Sergeant Bruce Robertson, a scheming, manipulative, misanthropic man who spends his time indulging in drugs, alcohol, sexually abusive relationships, and “the games” cruel plots and systematic bullying of his coworkers and friends. While working on the murder case of a Japanese student, he starts coming unhinged, slowly losing his grip on reality and suffering from a series of increasingly severe hallucinations as he desperately tries to hold his life together.