Tyler Connolly is the lead singer for the rock band Theory of a Deadman. The band released their 4th studio album this year titled “The Truth Is…” and have been touring since its release. Media Mikes had a chance to talk with Tyler recently about the album and the bands plans for 2012.

Adam Lawton: When the band was first starting out did you find it harder to break into mainstream here in the states being you were from another country?
Tyler Connolly: It was a little harder but I don’t think it had anything to do with the music we were playing. In Canada they have to play a certain percentage of Canadian music on the radio. We had a good record that the stations liked playing and we were able to build a following. I think the hardest part was getting on the tour bus and never being home.

AL: 2011 has been a busy year for the band. Can you tell what’s all been going on?
TC: We have been touring a lot. We have focused on hitting markets that we don’t often go to. We have done 3 U.S. tours on the “The Truth Is…” album which was released in the spring of this year.

AL: You guys have been playing the new songs out now for awhile do you have any favorites off the latest album?
TC: “Gentlemen” is a really fun song to play. We are going to be adding a song to the set titled “Hurricane”. That song is going to be our next single to be released. We enjoy playing live and seeing the different reactions certain songs get. Personally I like playing any of the new material as its fresh.

AL: Can you tell us the story behind having a homeless guy play on the track “What Was I Thinking”?
TC: The guy was just this old sort of dirty dude playing banjo on the street corner. I was walking by and gave the guy some money then went into the studio. When I got inside I told everyone about him and said we should bring him in to play banjo on something. We asked him to come and he asked us how much would he get paid. We ended up paying him I think $800 because of certain union laws. It was really just a random thing.

AL: With the end of the year approaching do you have any favorite albums that have come out this year?
TC: I just picked up the new Mumford and Sons album. I just love all the harmonies on that album. I also have been listening to a lot of The Parlor Mob who made a really great record. The album is called “Dogs” and we have been listening to that quite a bit.

AL: Can you tell us about the bands plans for 2012?
TC: We have 4 shows in the states and then we are doing an 11 show tour across Canada. We don’t get to Canada very often at the most we play there maybe once a year. From there we go back overseas for 3 weeks. After that I think we are doing a headlining tour in the states. That will probably start around March or April.

AL: Are you guys hitting any new places overseas this time?
TC: Yes. We are hitting Norway, Finland and Austria. We have played in Austria before but the other places this will be our first time playing there.

AL: Are there any places the band hasn’t played yet that you would really like to play?
TC: Australia. Everyone I have talked to has said that Australia is a great rock market. It seems like a really great place to go. We also would love to get to Japan.

AL: Can you tell us about the special ticket packages for the upcoming tour?
TC: Artist Arena is putting together some special packages for fans to purchase. The packages offer a little more than just a seat to the show. It seems to be something that is really popular and we have met a lot of people which has been great! I have to look in to if these packages are going to be available at our shows outside of the U.S. 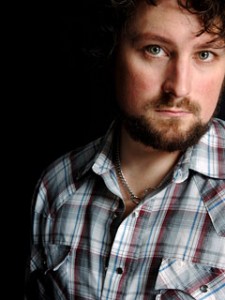 Dean Back is the bassist for Theory of a Deadman. They are currently headlining in this year’s Carnival of Madness tour. Media Mikes had a chance to chat with Dean before their performance to talk about the band’s latest release and what he likes about being on the road.

Adam Lawton: Can you tell us about the band’s latest album “The Truth Is”?
Dean Back: “The Truth Is” builds off our last album “Scars and Souvenirs” which was an album that took us to that next level and by far has been our most successful record. We wanted to build off that and continue to use some of that humor found on that last album. Tyler has really started to show his lighter side as early on in our career we thought we had to be this serious rock band but we found it’s a lot more fun being funny and just having fun. Songs like “Low Life” and “Bitch Came Back” which are very tongue and cheek songs go over great with the crowd and they seem to have a lot of fun when they hear us play those songs.

AL: Do you have a favorite track off this album?
DB: I think “Gentleman” is one of my favorites. We actually have added that to our live set. I also enjoy “Hurricane” which turned out really well as did “We Were Men”.

AL: You guys have been away from the road for quite some time. Can you tell us about that decision?
DB: We had toured on the last album for 2 years, so it was time to go home and for me to reconnect with my family. We also used that time to kind of prep for the next record. I think it’s good to disappear for a little bit. We had been on the radio for 2 years straight. People were probably a little sick of us. Taking that time allowed us to work on the songs and put out a really strong record.

AL: How did you guys get involved with writing a song for the film “Transformers: Dark of the Moon”?
DB: They asked us to be on the record and if we had any material we could contribute. Any time we can get in front of another audience it’s a great opportunity to spread our fan base. In the past we have done video games as well as WWE events and soundtracks. We did some touring in Europe where we weren’t getting a lot of radio play but we had fans coming up to us telling us that the reason they came out was because they heard us on a video game. It was really awesome. Every time we can spread the music to different genres it’s good for us.

AL: How has it been touring with Carnival of Madness line up this year which includes Alter Bridge?
DB: It has been awesome. We have had past relationships with some of the other bands on the tour, however this was our first time going out with Alter Bridge. We are having a blast the whole crew and everyone are great. It’s like one big family out here. Alter Bridge along with Black Stone Cherry are going to be taking us over to Europe in November for a big arena tour.

AL: Is there a favorite song in the set that you guys are playing each night?
DB: “Hate My Life” is a fun one to play and sing along to. The crowd really gets into it.

AL: Any great tour moments you can share with us?
DB: We had a day off in Chicago, which was really cool. Chicago is a great town. We got to go to the White Sox game which was pretty cool but, every show has been a highlight and having a good time playing live.

AL: Other than the European tour are there any other upcoming plans for the band?
DB: We are going out with 3 Doors Down starting the end of September and running through all of October. We have a great relationship with those guys and it’s been a while since we have toured together.