There was a time, not so long ago, that the idea of making your own movie (be that a short for a college project or a full-length movie) would have been almost unthinkable. The costs and time to conduct such an undertaking would have made the concept of dead in the water before you’d even begun.

However over the past few years the associated costs with making a top quality production have dropped significantly. Firstly the equipment needed to make a project that looked big budget, even though the camera technology being used is still relatively cheap, became universally available.

This meant that an aspiring filmmaker could shoot their films with low cost cameras, or even their phones, and the results would still be acceptable and that meant that the success of your vision was not bound by technical restraints, only by your own imagination.

As the cost of quality filming equipment, and online editing tools, have reduced so have the misconceptions around films and shows made by individuals outside of the traditional studio systems.

The increase in demand for UGC (User Generated Content) has led to an explosion of shows, usually broadcast via social media channels, available for the public to enjoy. No longer are viewers left with only terrestrial national or regional channels to view material.

This is a refreshing change in the mode of production that means that if you have great ideas, and the patience and determination to make them a reality, then it’s just possible that you could garner a strong following to watch the films and shows you produce.

A great film, or TV show, is not complete without a strong soundtrack. That soundtrack could come from individual tracks recorded, or purchased, to back your film or in the form of SFX (Special Effects).

These are crucial, not just from a technical perspective, for instance you may have not been able to record the sound you required on the day of your shoot, but also to make your production feel like the real deal.

Some look to use mainstream music to back the visuals in their movies, perhaps electing to use a well-known song in their soundtrack. However there are two major issues with going down this route.

Firstly the costs of securing the license for a mainstream track are very high indeed, they could end up as expensive as the entire budget of making your movie. And as well as the resultant cost, it’s incredibly difficult to find the relevant publishing house that owns the rights to a given track.

Another option that far too many filmmakers adopt is to use the music without permission or clearance. This is not a path you should follow. Failure to secure permission for a track will most likely result in a very large financial penalty, or worse. Also, if your movie or short film is posted on a social media channel you could soon find yourself the subject of a DMCA (Digital Millennium Copyright notice) notice and then the fun really begins.

If you receive such a notice your social media channels are most likely to suspend, and delete, your post and if you commit such an offence on multiple occasions, you could be banned entirely from the likes of Facebook, Twitter and YouTube.

Professional Results on an Amateur Budget

However there is an alternative at hand. Due to the massive demand, and output, created by UGC content there have been a number of sites who have opened that offer competitively priced royalty-free music services that will resolve these issues.

Royalty-free music traditionally means music, and SFX, that is available for your use for a flat fee. This means that you can get your hands on a near limitless amount of high-quality music and SFX for a fraction of the cost of paying for the license for an existing chart topping hit.

These providers offer mammoth liberties that offer music and special effects which will be ideal for any situation or scene in your films. The range available is truly vast and in many ways that will make your film far more original than just using a song that frankly we’ve heard far too many times over the top of your quality visuals.

The tracks provided are of the highest quality, usually by aspiring artists who are looking for the exposure they can secure from being used on soundtracks, advertising, social media posts etc.. and these are all helpfully placed in databases that are easy to search and inexpensive.

The Perfect Marriage of Sound and Vision

When you decide to make a film or show you do so because you want to bring your singular vision to an audience, be that large or small. Therefore you are looking to make your vision stand out from the rest, and the marketplace is huge.

So in that way royalty-free music and SFX services give you the security of finding and using bespoke solutions to your soundtrack needs. Using what is available on these sites will help you create a perfect soundtrack to the visuals you produce and the possibilities are frankly endless.

So what are you waiting for?!

Body Count just launched a video contest for their song “The Hate Is Real” from their latest album, Carnivore. Fans can create and submit their own videos for the track and the band’s favorite submission will be released as the next official Body Count music video. More details about the contest can be found HERE. BODY COUNT released their new and highly acclaimed full-length album Carnivore on March 6th, 2020. The album was produced by Will Putney (Thy Art Is Murder, Knocked Loose and features standout tracks such as: “Another Level (feat. Jamey Jasta)”, “When I’m Gone (feat. Amy Lee)“, “Point The Finger (feat. Riley Gale)”, and Grammy nominated track”Bum-Rush“.Carnivore is available to purchase and stream HERE.

The following physical formats are still available for Carnivore: 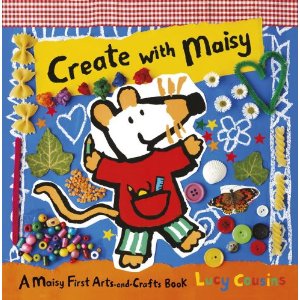 If you are the fan of the Maisy series or have never heard of it. This is a wonderful first for the Maisy series in this new cute Arts-and-Crafts book. Included here are easy, safe, and fun craft projects that will entertain your young children for hours. They were even put together and photographed by Lucy Cousins herself. If you are looking to entertain and also learn, then I would give this book a look for sure. I can already pick out which ones my daughter is going to love! Can’t wait!

“Why does Maisy keep a Big Box of Everything, filled with glitter, sequins, foil, stickers, paint, brushes, paper, and tons more stuff? Because she loves to make things! Children as young as two will be thrilled to follow her lead, thanks to a brand-new Maisy format featuring both familiar illustrations and photographs by Lucy Cousins. Here are crystal-clear steps for creating seventeen simple crafts, highlighted by photos of the end result. Enjoy making things from painted pebbles to paper lanterns, food collages to feathered masks, and wax-relief paintings to wonderful vegetable animals. As spectacular looking as it is hands-on, here is an activity book sure to please parents as much as it does Maisy’s little fans.” 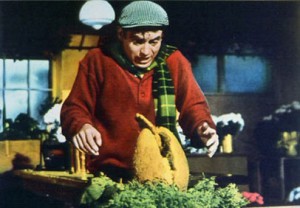 Bikinis?  Check.  Jet skis?  Check.  Beautiful lake house in the middle of nowhere?  Check. Blood-thirsty sharks in the lake? Double Check!  From the developers of the popular “Hungry Shark” games and  the makers of the mega-hit film Limitless and the upcoming Immortals, Future Games of London and Relativity Media bring you something extra special: Hungry Shark Night!

The game is an adaptation of this Fall’s sexy and terrifying release of Shark Night 3D.  A sexy summer weekend turns into a blood-soaked nightmare for a group of college students trapped on an island surrounded by voracious underwater predators in Shark Night 3D, a terrifying thrill ride featuring a red-hot young cast including Sara Paxton (Superhero Movie, Last House on the Left), Dustin Milligan (“90210,”Slither), Chris Carmack (“The O.C.”), Joel David Moore (Avatar) and Katharine McPhee (The House Bunny).  Shark Night 3D is directed by David R. Ellis (The Final Destination) and written by Will Hayes and Jesse Studenberg.

In this new exhilarating game, player can choose to be one of three sharks:  Tiger Shark, Hammerhead Shark and of course, always the crowd’s favorite: The Great White

Swim through the darkness, navigate your way tomunch on packs of fish, unsuspecting swimmers and discover hidden treasures in the mist of crimson bath.

+ In-App purchases for extra blood, health boost and many more

So grab your suits, hold your breath and watch out for what’s in the water!

Arriving by boat at her family’s Louisiana lake island cabin, Sara (Sara Paxton) and her friends quickly strip down to their swimsuits for a weekend of fun in the sun. But when star football player Malik (Sinqua Walls) stumbles from the salt-water lake with his arm torn off, the party mood quickly evaporates. Assuming the injury was caused by a freak wake-boarding accident, the group realizes they have to get Malik to a hospital on the other side of the lake, and fast.
But as they set out in a tiny speedboat, the college friends discover the lake has been stocked with hundreds of massive, flesh-eating sharks! As they face one grisly death after another, Sara and the others struggle desperately to fend off the sharks, get help and stay alive long enough to reach the safety of dry land.