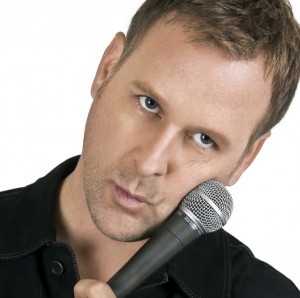 Dave Coulier is know best for his role as Joey Gladstone on “Full House”. What you may not know is that before “Full House”, Dave started out as a stand-up comedian. Well, he is returning to those roots this year with a comedy tour and is hitting the road with dates all around the country. Media Mikes had a chance to chat with Dave about his tour, reflect a bit on “Full House” and even chat about his voice acting roles on “The Real Ghostbusters”. Check out his tour dates, here.

Mike Gencarelli: This year is a big year for you as you tour the comedy circuit from January through October; what can we expect that these shows?
Dave Coulier: I started doing stand up many years before “Full House” and I really wanted to get back to my roots. I love performing live. I have been lucky because people have really been packing these venues. I sold out shows in Cleveland and Cincinnati in the last month. I think a lot of people know me from “Full House” but not as a stand-up comedian. So it has taken a couple of years to remind people that this is what I started doing. But I have a really funny show. I talk about “Full House” a bit but you will also get to see what I do when you are not watching me on “Full House” re-runs. So it is fun!

MG: What would you say is one of the hardest parts of doing stand-ups?
DC:I think the most challenging part for me personally is the travel. The writing is a constant challenge for sure and the actual performing on stage is a real blast and I love it. I also really enjoy getting to meet my fans afterwards during the meet and greets. Like I said though, the hard part is being away from my wife and my family. You are living out of a suitcase in a hotel, so that is certainty tough. The performing, I have been doing that for 35 years, so that part is just a lot of fun.

MG: Since you are touring throughout the year, what do you do to make sure your material does get old for you personally each night?
DC:It is a constant process of weeding out material that doesn’t work and filling it with stronger, fresher and better stuff. That is the process night after night. This set that I am working with now is about an hour and fifteen minutes with material which will also be included in a stand-up special that we are going to be shooting soon. It is going to be called “Glorified Birthday Clown”.

MG: I know a few years ago you did a “Clean Guys of Comedy Tour”; is your current tour family friendly or adults only?
DC:I have always worked pretty clean. If you look at the landscape of comedy today, there is a wide specter of guys like myself, Jim Gaffigan, Brian Regan, Jerry Seinfeld and we are all clean. Then there is the other side of the spectrum where the comedians are using F-bombs and being very edgy and there is a lot of different flavors in between that. For me, I just never worked any different. My goal early in my career was to get on “The Tonight Show” with Johnny Carson, which was clean. So, I got to make my first appearance on “The Tonight Show” when I as 24 years old and since then, I never really changed my style. So if you come out to one of my shows, you will not be offended. We have all types of people ranging from teenagers to grandparents.

MG: When you played Joey Gladstone on “Full House”; did you ever imagine that this show would still be so popular and people would still be saying taglines like “Cut. It. Out!”, after all these years?
DC:I think we are all really proud of the work we did and that it has had such longevity. It has also become very multi-generational. We have never been off the air since 1987. We have been syndicated in over 100 countries around the world. I think it owes to the fact that it is good family entertainment. You get some good values when you watch an episode of “Full House” and they don’t produce shows like that anymore. We are all also still friends as well, in fact just prior to us speaking now, I was on the telephone with John Stamos. We are closer than ever and I really love the friendships that have developed from working on this show.

MG: Lastly before “Full House”, you have also done tons of great voice work including voicing Dr. Peter Venkman on “The Real Ghostbusters”; what was it like working on a show like that?
DC:It was an great show to work on. It was such an iconic movie and to be able to play a part that Bill Murray played was a real treat for me because I am a real fan of his. It still has a fan base as well. In fact, at one of my stand-up shows recently and a fan had brought actual animation cells from the show to have me sign. So that was really cool that people are still enjoying it also. So for me the coolest part was just to have been involved.