Warner Bros. Interactive Entertainment today released the story trailer for LEGO Dimensions, the upcoming entertainment experience that merges physical LEGO brick building with interactive console gameplay.  The game features an original story that combines characters and worlds from 14 of the most popular entertainment brands including DC Comics, The Lord of the Rings, The LEGO Movie, The Wizard of Oz, LEGO Ninjago, Back to the Future, Scooby-Doo, LEGO Chima, Doctor Who, Jurassic World, Ghostbusters, The Simpsons, Portal and Midway Arcade.

In the game, there is an ancient planet at the center of the LEGO Multiverse inhabited by an evil mastermind, Lord Vortech. It is said that he who controls the Foundational Elements that this planet is built upon, controls all of the Multiverse. Lord Vortech has vowed to be that ruler, summoning characters from a variety of LEGO worlds to help him find these building bricks of LEGO civilization. Some have agreed, others have rebelled, and only the combined powers of the greatest LEGO heroes can stop him.

When a mysterious and powerful vortex suddenly appears in various LEGO worlds, different characters from DC Comics, The Lord of the Rings and The LEGO Movie are swept away. To save their friends, LEGO Batman, LEGO Gandalf and LEGO Wyldstyle journey to locations beyond their wildest imaginations, and they soon realize that Lord Vortech is summoning villains from across different LEGO worlds to help him gain control. As his power grows, worlds mix, unexpected characters meet and all boundaries are broken. Our heroes must travel through space and time to rescue their friends before the vortexes destroy all of LEGO humanity. 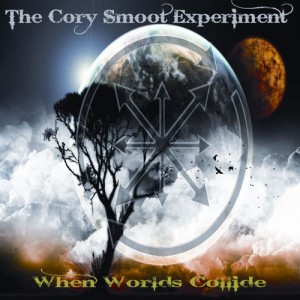 “When Worlds Collide” is the posthumous album release from former GWAR guitarist Cory Smoot aka “Flattus Maximus”. Smoot passed away earlier this year while on tour with GWAR from a pre-existing heart condition. The 12 tracks contained on this album were originally intended for a concept album that was to feature a variety of guest vocalists however, due to time constraints this never happened resulting in Smoot recording all of the vocals himself. The album is now being released via Metal Blade Records under the name The Cory Smoot Experience. 100 percent of the proceeds from this album will go to the Smoot Family fund which was set up by GWAR and Metal Blade Records to support Cory’s wife and child.

Having talked with Cory about this album in the past I am so glad that we are finally getting to hear it. Packed with ripping guitar solos and guttural vocals each of the 12 tracks on “When Worlds Collide” are exactly what you would expect from one of the masterminds behind GWAR’s crushing sound. Turn the intensity up to 10 and the skill up to 11 and that’s what you are going to hear when listening to this album. The track “Brainfade” features some intricate acoustic work which I found to be really cool. I always enjoy when artists show a different side of their musicality. Another notable track from the album is “Countdown to Purgatory”. The track starts off with a 5,4,3,2,1 countdown and could easily be the soundtrack to an actual rocket launch. The song features a great build up which only adds to its excitement. The album features great production and despite the down tuned instruments all of the low end tonal characteristics are still present making the album that much heavier.

I encourage both fans of Cory’s work and those not as familiar with Cory’s previous releases to go out and get this album. All of the proceeds will be going directly to Cory’s family so not only will you be directly helping Cory’s family but in return you will get a crushing metal album. All hail Flattus Maximus!