The expanded character roster of MY HERO ONE’S JUSTICE 2 includes several new villains, enabling fans to try out new play styles and quirks of their favorite evil do-ers! The latest character trailer for MY HERO ONE’S JUSTICE 2 shows off some of the moves of the newest villains added to the roster, such as Kai Chisaki, Tomura Shigaraki (Another Ver.), and both Mr. Compress and Twice from the League of Villains! 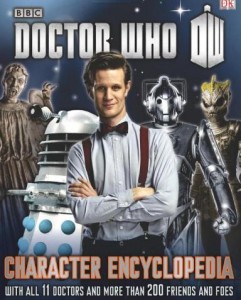 If you are a fan of sci-fi, it is almost impossible not to love Doctor Who. Since the long-running series was revived in 2005, this series is only growing stronger and stronger with each new year. DK Books has been behind some of the best Visual Dictionary and Character Encyclopedia for various series including “Harry Potter” and “Star Wars”.  Doctor Who: Character Encyclopedia” is timed perfectly for the series’ fiftieth anniversary and is one hell of a perfect book.  I huge fan of “Doctor Who” and this is the ultimate companion book for the show covering all 11 doctors to date with more than 200 friends and foes included.

Official Premise: A cult favorite around the world, Doctor Who is the longest-running science fiction television show of all time. Perfect for fans of the popular BBC show, the Doctor Who Character Encyclopedia has been created in full collaboration with the producers of Doctor Who, and shares detailed profiles of all eleven incarnations of the Doctor, as well as in-depth looks at his many companions, enemies, and adventures through the years.

Even though this book is released under DK’s Children label that doesn’t mean that this is any less impressive for the series’ adult fans. The book ranges over 200 pages and high quality beautiful images of every character spanning from this series. The book is split into sections including “Alien”, “Companion”, “Cyborg”, “Earth Creature”, “Entity”, “Human”, “Robot” and of course “Time Lord”. They are all intertwined together and makes this a real page turner.  I think I knew everything about this series and even I was impressed with the amount of new information that I discovered. Each character from this show is extremely  detailed and classified, so we get to meet them, find out about them, what doctors they have met and their role in the show.  I am not sure what more you can ask for as a fan of “Doctor Who”.  Keep ’em coming DK!

“The Star Wars Character Encyclopedia” is truly the definitive illustrated guide all your favorite characters of the Star Wars galaxy!  This universe of characters is constantly expanding and growing, this book is an amazing introduction for kids to this vast universe.  It is also a great way to learn more about your favorite “Star Wars” characters.  I am a big “Star Wars” fan but there are still various droids and secondary characters that I do not know the names and back story for. This book really packs the power of the force from all six “Star Wars” movies.  So if you are a “Star Wars” fan or trying to introduce the series to your children (like myself), then The Star Wars Character Encyclopedia is a must buy!

This book literally features over 200+ characters from the six “Star Wars” feature films.  There is everyone from the lovable heroes Luke Skywalker to the villainous Darth Vadar. If you are a “Clone Wars” fan, then DK Publishing also released “Star Wars Clone Wars Character Encyclopedia”, which dives just into the animated series. I recommend both books since they are “Clone Wars” just expanded on the “Star Wars” universe. In the short of it, if you ever want to learn about “Star Wars” and other great franchises, DK Publishing is where it is at!

If you want to know anything about LEGO Star Wars…then this is a book for you! Thanks again to DK Publishing to delivering such an in-depth and excellent source to this wonderful brand. This book showcases over 300 mini-figures from this series within its 200+ pages.  If that isn’t enough this book also includes exclusive LEGO Star Wars Han Solo mini-figure   Whether you are looking to introduce your kid to LEGO Star Wars or refresh yourself, this book is a perfect way to learn everything you need to know about LEGO Star Wars.

Official Synopsis: DK is bringing two of the world’s most popular properties together again in a fun, chunky format that kids and adults are sure to love! This illustrated encyclopedia features in-depth profiles showing interesting and never-before-seen elements of all your favorite LEGO® Star Wars® minifigures. With more than 400 captivating images and tons of fascinating facts, the LEGO® Star Wars® Character Encyclopedia is sure to keep both LEGO lovers and Star Wars fans reading for hours!

Overall, I am was not sure what to expect with this but honestly I was totally blown away.  Within the book are some really great detailed pictures with a lot of fun and obscure facts throughout the LEGO Star Wars history. The presentation of each character is crystal clear and you can tell that a lot of time and preparation was put into the development of this book.  I consider myself a LEGO Star Wars fan and yet this book delivered some facts that I even didn’t know. I look forward to sharing this book with my 7 month old daughter to start introducing her to this amazing universe of characters. 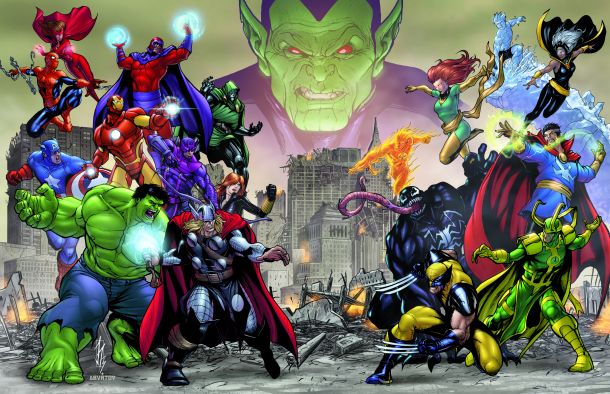 Ubisoft revealed the full lineup of Super Heroes and Super Villains for Marvel Avengers Battle for Earth and key art created by Marvel Comics artist Stefano Caselli.  Fans will get to play as 20 different Marvel characters including:

Developed by Ubisoft Quebec, Marvel Avengers Battle for Earth will be released in North America on Kinect for Xbox 360 on October 30th and Nintendo’s Wii U system this Holiday.