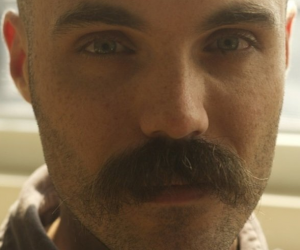 With a solid background of pretty much every behind the scenes job in Hollywood, it was obvious it would’nt be long before David Lowery began directing. With an impressive resume’ of short films and features under his belt he has now delivered “Ain’t Them Bodies Saints,” a classic film in the tradition of “Bonnie and Clyde” and “Badlands.” The film opened in limited release today (August 16) and to celebrate that opening I spoke with Mr. Lowery about his inspirations, misquoted songs and the proper use of the word “Malickian!”

Mike Smith: What was your inspiration…where did you come up with the story…for “Ain’t Them Bodies Saints?”
David Lowery: It really came from a lot of different places but one of the main inspirations were the old movies about lovers on the run. I love the idea of outlaws…the idea of a young outlaw couple on the run from the law. Those movies have always appealed to me…been inspirational to me as a story teller. I love the mythology of the outlaw. I love how America has been built on outlaw mythology. I wanted to make a film that would participate in that tradition. So the inspiration was very simple when I decided what I wanted to do. I wasn’t looking to reinvent the wheel. I just took the basic concept, the basic archetypes of a guy, a girl, a policeman and a couple of guns and tried to find a new way to present them.

MS: For a young director you got pretty lucky in nabbing two Oscar nominated actors for your two leads. Were Casey and Rooney your original choices and how were you able to cast them?
DL: I wrote the script with no actors in mind. I wrote it in a vacuum, not knowing who was going to be in it. But when we finally had the opportunity to select a cast Casey Affleck was the first person I wanted to meet. I sat down with him and we talked for about an hour or so. We got along really, really well and the next day he wrote me and said he wanted to do it. It was so wonderful to have my first choice not only able but so willing to do it. And we had gotten along so well in our talk that I felt like I had known him for years. For the character of Ruth I wasn’t sure if I wanted an established actress or not. Maybe I could go to west Texas and find someone who had never acted before…who really was a woman who lived in a small town. I wanted to find someone who was really a natural. While I was thinking that, Rooney Mara’s agent wrote me and asked if I could send the script to her. This was about a week before “The Girl with the Dragon Tattoo” came out and I never believed in a million years that she would be willing to go from this huge, David Fincher film to doing a tiny independent film in Texas. But he assured me that she would be interested in it. She read it and wanted to meet with me. I sat down with her, we talked and then she said yes. It was really a great and unique situation where both of the people that I wanted the most and who were the first people I met were the ones who wound up in the movie.

MS: I’m sure you’ve seen that you’re getting a lot of comparisons to Terrence Malick with your visual style. As a director was it important to be able to tell the story “visually,” in addition to presenting the action that was going on on screen?
DL: Absolutely. I love dialogue and I love listening to people talk when the dialogue is good. But more than that I love visuals. And I love to let the visuals do the heavy lifting in a movie. This film was very carefully designed to look a certain way and to feel a certain way. There’s no denying that if you go outside at a certain time in Texas and put a 25mm lens on a camera it’s going to look like a lot of other movies. Texas has a very specific look that a lot of filmmakers have used in the past. It’s very suggestive so you use that kind of imagery when you want to suggest something. If you want to suggest a timelessness…If you want to suggest an epic-ness. And Terrence Malick is someone who has used that kind of imagery quite a bit. I’ve certainly loved his movies. I’ve loved all his movies. But at the same time I never really thought about it while we were making the film. I knew that we were using “Badlands” as a jumping off point as far as the story goes but when it comes to visuals we really went in a different direction. Even though there are some things that are, to use a word, “Malickian”….there are some things that are similar to what he’s done about 10 minutes into the movie we go into a completely different direction. So it’s kind of a nice surprise to be compared with him because I do love his work and I’m flattered to be compared to him. But we were going for something completely with our visuals.

MS: The film has a very unusual title. Casey Affleck recently told Jay Leno that it came from a misquoted song. Is this true and, if so, what was the song?
DL: I don’t know what the song was because it was on a CD that a friend had given me with a lot of old folk and country music. And none of the songs were listed…it was just track one, track two, track three…there were no titles or artists. I don’t know what it was but I need to find out (laughs). I heard it years ago, long before I made this film. And I got that phrase stuck in my head. Misheard lyrics stuck in my head with the idea that they would make a great movie title. A strange movie title but a great movie title! And when I started writing this movie I wanted it to feel like an old folk song. And I thought there would be no better way to set the stage for this movie than to have the title sound like the lyrics of an old folk song. That was really all there was to it.

MS: What are you working on next? Do you have anything in the pipeline?
DL: Yes. I’m writing a lot of different scripts right now and I hope to be making another movie soon. One of the movies that I’m working on is an adaptation of an article in “The New Yorker” that Robert Redford is going to produce and star in and that I’m going to direct. I’m working on that scripts very quickly right now because I’d like to turn in a draft soon and see what he thinks. 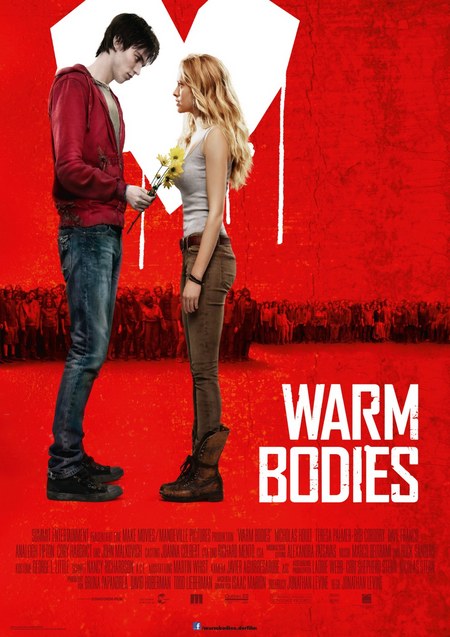 A funny new twist on a classic love story, WARM BODIES is a poignant tale about the power of human connection. After a zombie epidemic, R (a highly unusual zombie) encounters Julie (a human survivor), and rescues her from a zombie attack. Julie sees that R is different from the other zombies, and as the two form a special relationship in their struggle for survival, R becomes increasingly more human — setting off an exciting, romantic, and often comical chain of events that begins to transform the other zombies and maybe even the whole lifeless world.