Memphis Belle is being released for the first-time ever on Blu-ray from Warner Bros. Home Entertainment on May 6th, 2014. Matthew Modine, who plays Captain Dennis Dearborn in this nail-biting adventure that spectacularly recreates the spectacular mission filmed for a 1944 documentary. Matthew took out some time to look back at the making of the film nearly 25 years after its theatrical debut.

There’s an entire genre of World War II movies. What makes these films so universally appealing to global audiences?
MODINE: That’s a great question. Perhaps it’s because WWII was the first war that was so well documented. Portable sound and film equipment allowed reporters and documentarians to easily carry cameras into the battlefields. I’m sure it was also the enormous scope of the war. We look back now upon the bravery of the men and women who selflessly fought to save the lives and freedoms of others. War films, in general, provide great material for writers and directors to quarry through. There are so many examples of intense emotional journeys, the fight for survival, the human bonds that are formed in extreme circumstances. These elements make for great dramatic storytelling.

As we commemorate the 75th anniversary of the start of World War II and the 70th anniversary of D-Day, what parallels can be drawn between the servicemen and women of yesterday and those defending their country today?
MODINE: The terrible cost of war. Sadly, there is evil in humankind. Ironic that “kind” is even a part of the word. We must, much more often than we do, look upon the young men and woman that go to battle and commend them for their service, their courage, and commitment. As we commemorate these anniversaries, it’s so important for each of us to acknowledge the sacrifice of our sons and daughters that are, all too often, called to duty.

How did you prepare for the role of Captain Dennis Dearborn in Memphis Belle?
MODINE: Before we began filming, the director, Michael Caton-Jones arranged for the actors to go to a “boot camp” in Southern England. The entire crew of actors were put through 10 days of rigorous training. The goal was to get the actors to learn to work together in a similar fashion that a B-17 crew that had been through 24 combat missions. Of course it is impossible to even approximate the actual horrors the Memphis Belle crew would have been witness to. But the British SAS team that put the actors through obstacle courses and physical training did a great job making the actors a cohesive team. It was tough at the time. But from the rearview mirror of time, it was fantastic!

When we finished our training, we traveled from Southern England to an airbase where we would film the exterior shots for the film. It was in Lincolnshire that we all had the amazing opportunity to meet the real men we were going to portray. Everyone had so many questions for the real servicemen. We wanted to hear from them about the challenges they faced. We all wanted to be as honest and as “real” as possible. To honor them. Hoping to convey the emotions they faced. Meeting Robert Morgan, the pilot of the Memphis Belle, and the role I was portraying, was a highlight of the entire process.

Perhaps the most emotional aspect of filming for me was having the opportunity to tell my Uncle Wylder that I was going to be in a film about him. Wylder was a Captain in the 8th Army Air Force and piloted a B-17. Now I would be doing the same in a film. I had so many questions for him and he shared stories the way men from that generation did. Very sparingly. Humbly. No bravado. I believe my Uncle and the others that have lived through the wars don’t speak colorfully about their experiences because they deeply understand the tremendous human cost of war.

Looking back, nearly 25 years since Memphis Belle debuted on the big screen, has the role of Captain Dennis Dearborn shaped your filmography?
MODINE: Yes. Of course. That sense of responsibility to people that fought, and to so many that died, stays with me. The terrible cost of war, not just the human cost, the loss of life, but what it does to the human soul. There are only a few surviving veterans of the Second World War right now. Special people of great character. I feel so fortunate when I meet with one of them, and incredibly honored when they recognize me from Memphis Belle and they say I “did good!” 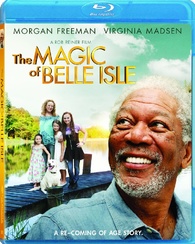 “The Magic of Belle Island” is one of those rare gems that gets quietly released each year that no one has seen but everyone should.  It is easily one of my favorite films of 2012. It is also one of the best directorial efforts from Rob Reiner, who reunited with Morgan Freeman again after “The Bucket List”. The film just has this “Rob Reiner” feel to it, which is just so recognizable.  Freeman is so amazing in this film and really nails this role. He is funny yet very deep. Besides Freeman, Emma Fuhrmann really steals the show for me personally.  She is going to be big and real fast, mark by words. We had the chance to interview her earlier this year about this role, read her interview here.  I highly recommend this film to everyone in the family.

Synopsis: Freeman plays Monte Wildhorn, a famous Western novelist whose struggle with alcoholism has sapped his passion for writing. He takes a lakeside cabin for the summer inpicturesque Belle Isle, and befriends the family next door – an attractive single mom (Madsen) and her young daughters – who help him find inspiration again.

The Blu-ray presentation is very respectable and impressive.  The 1080p transfer looks clean and sharp but overall not really given much of a challenge since the film is a very simple straight forward dramedy.  Same goes for the audio track, it works perfectly with the notable “Reiner” music and score and delivers clean dialogue.  The special features are great as well as the film.  There is an amazing audio commentary track with both Rob Reiner and Morgan Freeman.  I highly recommend this fun track.  There are a few deleted scenes, nothing that would have made the film better but worth visiting.  There is a the typical EPK-style behind-the-scenes  feature “HDNet: A Look at”.  Lastly there is the theatrical trailer included. 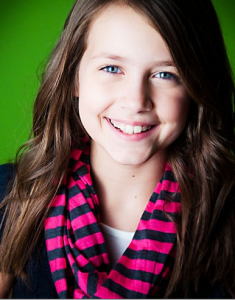