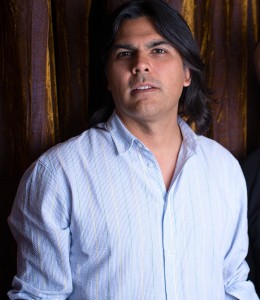 Jorge Hinojosa is the producer/director of a new documentary about the influential writer Iceberg Slim. The film is titled “Iceberg Slim: Portrait of a Pimp” and is a gritty in-depth look at the man who was a pimp turned author that would sell over 6 million copies of his works prior to his death in 1992. Media Mikes had the chance to talk with Jorge about the film and what it was like adding the title of director to his already impressive resume.

Adam Lawton: What was it that initially sparked your interest in the project?
Jorge Hinojosa: My regular gig is managing Ice-T and I have been doing that for the last 28 years. When I first met Ice-T I asked where he got his name and he told me that it was because of this guy Iceberg Slim. He gave me all the books to read and over our time together we were always referencing them. A couple years ago when it looked like there was going to be a Screen Actors Guild strike I came up with the idea for the documentary. Ice was all for it and then when the strike ended he told me that I should do the project. That’s really how it all came about.

AL: How did you go about choosing who you were going to interview for the film?
JH: Everyone we talked to was connected to Iceberg Slim in some form or another. Henry 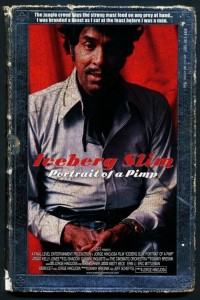 Rollins along with Rick Rubin released Slims spoken word album. Quincy Jones at one time was in talks to produce a movie about Iceberg Slim where Snoop Dogg would play Iceberg Slim. All these people had connections and I knew they were all fans. Everyone involved was really amazing and they all told some great stories.

AL: Was it hard in anyway getting the family members involved?
JH: Icebergs kids all loved him but at the same time its history and a legacy that is painful to them. On one hand Slim was a writer that did some incredible things but on the other no one feels as though they were properly compensated for the sales of those books. As a result of that the family lived in poverty. It’s bitter sweet. They wanted Slim to be portrayed in a way that was both honest and true however they knew that it was going to be painful. There were a lot of mixed emotions throughout the process.

AL: When you were putting everything together what was it like going back through all of the footage that was shot?
JH: Everyone we interviewed for the film said some really fascinating things. We had to be really careful in that we didn’t let something go off on a tangent. We wanted to wet people’s appetite but we didn’t want other stories to take away from the main idea of the film. It’s a fine line we had to dance along as there are many stories within this story that could make for their own movies. We had to make sure that our originally story was served first. We really had to be ruthless in what we cut.

AL: For you personally what did you find to be one of the more challenging parts of 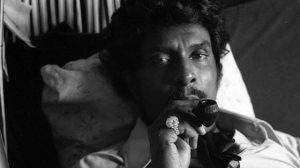 working on the film?
JH: We had such a tremendous amount of footage that I had to go through. So to figure out what I wanted to include was very difficult. I realized that the documentary should focus on a few major points that tell the emotional side of who Slim was. I definitely focused on that and the literary side of Slims life. I had to make sure that I included what I thought would be the best snap shots of Slims life. The other thing about this film is that I financed it myself. I had started off with an offer from Warner Bros. to finance it completely however as a first time director I felt that they may try and boss me around some. I wanted to be able to make the film the way I thought it should be so I took on the burden of financing the project. I am glad I did that because it made the journey that much more thrilling and at the same time terrifying. There were definitely highs and lows while we knocked this thing in to shape.