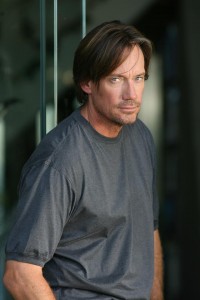 Kevin Sorbo is know best for his roles in “Hercules: The Legendary Journeys”, “Andromeda” and “Kull the Conqueror”. Media Mikes had a chance to ask Kevin a few questions about his upcoming films “God’s Not Dead” and “Revelation Road 3: The Black Rider”.

MG: How did you prepare to play a character like Professor Radisson?
KS: I have atheist friends. I have many conversations with them about my faith, their non belief. I have had college professors like him and have met with other college students who have had the same experience.

MG: In the film you push your students to admit god is dead; did that clash with your religious beliefs?
KS: Not at all. I’m acting. There are certain things I would be uncomfortable with as an actor and wouldn’t do, but the message here is great and needs to be brought to the light.

MG: Big “Duck Dynasty” fan, did you get a chance to meet The Robertsons during filming? 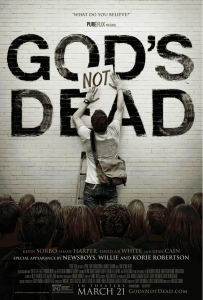 KS: They were brought in a year after we finished shooting, so we never met.

MG: You are currently shooting “Revelation Road 3: The Black Rider”, tell us what we can expect?
KS: A whacky ride into a post apocalyptic world where mad max meets the final chapter of the bible. Just had a fun, crazy character to play. No redeeming qualities in him really, but that remains to be seen with hints he may be back for other “Revelation Road” movies.

MG: Lastly tell us about your current Kickstarter campaign for the film “Survivor”?
KS: Sci-fi movie where I play the captain of a ship that had to leave earth decades ago when world war destroyed it. We answer the distress beacon of another planet and all hell breaks loose upon our arrival. Movie is shot and is looking for more money to wrap up post production.