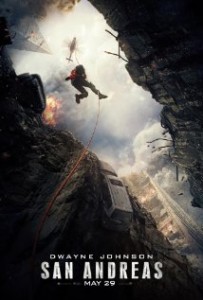 I don’t expect too much from my disaster movies. Like most people, I grew up on them, and at this age, I know what I enjoy. For me, you have to have some engaging and likeable characters, plenty of wanton destruction, and maybe just a hint of self-aware cheesiness. Of course you can play around with these mechanics and it’s possible to create something genuinely fun and unforgettable, but “San Andreas” doesn’t do that. “San Andreas” doesn’t offer any Earth shattering originality or groundbreaking fun.

“San Andreas” does manage to entertain when it really, really wants to, but it fades into forgotten passages of the disaster movie history books. The Mother Nature run amok in “San Andreas” is fairly self-explanatory from the title; it’s an earthquake. A scientist played by Paul Giamatti is luckily around for the ride so he can supply information and give the audience simplistic explanations to summarize tectonic plate movements and what-not. “San Andreas” introduces the notion that just before a series of earthquakes strikes along the San Andreas Fault, he’s learned how to predict earthquakes. But it’s not necessarily the most helpful thing when he learns this technique minutes before the big “ones” strike.

“San Andreas” emphasizes multiple times the earthquakes we witness, on screen, are record breakers. “San Andreas” visually emphasizes this well with as the land rolls up and down like a wave pool and skyscrapers cascade into other skyscrapers. When not setting the scene, close-ups show slabs of concrete piling up, sometimes crushing unnamed innocent bystanders as they let out one final cry. And if you see this in 3D, there’s absurd amounts of rubble that litter the screen and fly at you. While this is all terribly exciting, but sometimes gruesome, there’s this pesky thing called plot that gets in the way.

Amongst the trembling masses fleeing every tall structure, is Chief Ray Gaines (The Rock). He’s the physical embodiment of a Swiss army knife. There’s no hesitation with his abilities and it seems like he’s ready to do it all at the flip of a switch. He could probably teach multiple courses on how to operate all land, sea, and air. Half way through I began to expect that he was eventually going to punch the physical manifestation of the earthquake in the face, but alas this movie isn’t that ridiculous, and that slightly disappoints me.

During his journey to demonstrate his MacGyver-esque knowledge, he has to save his ex-wife, Emma (Gugino) and track down his daughter, Blake (Daddario), who’s caught up in the chaos. There’s some nice moments where we learn about why Ray and Emma are no longer married, their inevitable reconnection, and a few other cute side stories, but it’s hard to get too emotionally attached after being subjected to awkward scenes featuring the horrified last looks of people whose lives are extinguished.

At times you’re disappointed they aren’t going balls out with the deaths and in other instances you’re thumbing your nose at the poor choice of people who die. The Avengers spent plenty of time in “Age of Ultron” making sure innocent civilians could live, but it seems like “San Andreas” made up for that by killing 100 times that amount. There’s such a fine line between enjoying disaster sadism and simply being repulsed, but “San Andreas” finds a way to do both multiple times. By the movie’s end, the tally falls in favor of distaste. 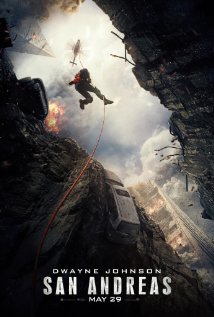 Warner Brothers has teamed up with Media Mikes to give (25) of our readers a chance to attend (with a guest) the Kansas City premiere of the upcoming film “San Andreas.”

The screening will be held at the Cinemark Merriam 20 Theatre in Merriam, Kansas on Tuesday, May 26, 2015 and starts at 7:30 p.m. All you have to do is click here http://www.wbtickets.com/QuakeMM The first (25) people to do so will receive a pass for (2) to attend the screening. Tickets are available to the first (25) people and are first-come, first-served.

ABOUT SAN ANDREAS
America’s favorite action hero, Dwayne Johnson, stars in SAN ANDREAS an action-packed, thriller about a man trying to keep his family together after the biggest earthquake ever recorded, along the San Andreas fault. 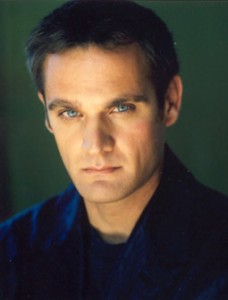 Andreas Apergis is known best for playing Ray on SyFy’s “Being Human”. Andreas also has a role in the upcoming third “Riddick” film coming out in 2013. Media Mikes had chance to chat with Andreas about his role and reflecting on season two shocking cliffhanger of “Being Human”.

Mike Gencarelli: What do you like most about playing Ray in “Being Human”?
Andreas Apergis: I love the whole supernatural aspect of the show. It is definitely cool to be playing a werewolf. Usually for these characters their word is dangerous. It always allows for interesting situations as an actor. It is definitely not a boring show to work on. Ray is kind of a tortured soul who has been through a lot. I’m sure it’s not easy being a werewolf. It’s a very rich role.

MG: How do you compare playing your character from this season to last season?
AA: I call Ray this season Ray 2.0. He has kind of evolved and it is nice to see that growth in a character. He is definitely not the same character we see in season 1. He is more unbalanced and I think still reeling from his change. When we see him this season he seems to have made a pretty good turn around. He has some stability in his life and is happier. He has found some balance and seems to be in a way better place this year. It was nice to come in to a Ray that wasn’t a lunatic. Of course playing Ray last season was fun but he has grown in season 2.

MG: Can you reflect on the shocking season 2 finale?
AA: These characters get very desperate. Making themselves human is a real struggle. I don’t even know where the chips will land for next season. I guess we will find out what happens but the characters have been through a lot. Josh has really paid the price for being a werewolf. I am a fan of the show also so I am waiting to see how everything is going to be resolved.

MG: What are you most looking forward to for your character in season 3?
AA: I wish I could tell you. I have no idea what happens after the cliffhanger from season 2. I am in as much of the dark as to what comes next as everyone else. I don’t know? I am dying to find out what happens.

MG: Can you tell us how you got involved with the “Assassins Creed” video game series?
AA: Ubisoft is based out of Montreal. I played a couple minor characters in the second game and then they asked me to come in and read for the Cesare Borgia charcater. It was a lot of fun. You are in a world where the characters are larger than life. There are a lot of things going on. How often do you get to play a maniacal guy who wants to take over the world? (Laughs) Cesare is very nutty. It’s a fun role to play. There are so many diehard fans that are into every single detail of both “Being Human” and “Assassins Creed”.

MG: Are you working on any other projects?
AA: I just finished doing the 3rd Riddick film which doesn’t have a release date yet. I play a necro-monger commander. I can’t wait to see how that turns out. That was shot in Montreal and we just wrapped on that about a month ago. I have a knack for getting into these situations where the characters and their worlds are larger than life. It was fun to meet Vin and David Twohy. I am really looking forward to seeing the film.