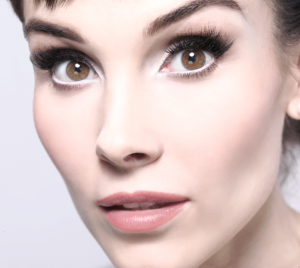 Kristina Anapau has appeared in films like Darren Aronofsky’s “Black Swan”. She also appeared as Maurella in season 5 of HBO’s “True Blood”. Media Mikes had a chance to ask Kristina about her work on “True Blood” and what we can expect next.

Mike Gencarelli: How did you get involved with “True Blood”?
Kristina Anapau: I auditioned for Alan Ball and the True Blood producers. I did the scene once, they said thank you, and I left. It was apparently a ‘Thank you, that was exactly what we were looking for’ because I got the call that I had booked the role just a few hours later. As an actor, you always tend to feel that a quick audition with no discussion or adjustments means that they don’t like you or that you are not right for the role, but it is often times exactly the opposite.

MG: How was it joining an already established cast in season five?
KA: I feel very privileged to have worked with the actors I have worked with thusfar. Chris Bauer is an incredibly generous actor and human being. I learn something new from him every time we work together and with every conversation we have. I adore working with Anna [Paquin], she is tremendously talented and focused. She has a magnetism that pulls you in—she is really beautiful inside and out. The True Blood cast is phenomenal—incredibly talented actors on set and absolutely wonderful people off. It is such a pleasure to come to work.

MG: Tell us about your character Maurella and what do you ejnoy about playing her most?
KA: Maurella is a seductress from the faerie dimension who has a passion for Andy Bellefleur. She is 500 years old, although she only claims to be 300;) She is on her way to becoming an elder of the fairies, and is called in to help Sookie and Jason gain clarity surrounding their parents death . I enjoy everything about Maurella. Being able to shoot balls of light out of my hands, read peoples minds, and orgasmically give birth to quadruplets after a one week gestation period? What’s not to love?

MG: Can we expect you past for season six?
KA: We are a pretty secretive operation…don’t think I can give hints away as to where the storyline may be headed by answering that:)

MG: What other projects do you have upcoming?
KA: I just shot a really great episode of NBC’s Grimm that will be airing on September 10th. Sighting, a film I am very excited about, will be out later in the year. It’s a fantastic project. And early next year another film I am very proud of, BlackJacks, will be released.