THE DEVIL WEARS PRADA SERVING AS MAIN SUPPORT ON ALL DATES

SiriusXM Will Present All Dates

(New York, N.Y.): Metalcore forefathers Killswitch Engage and thrash legends Anthrax announced in December that they will hit the road this Spring to co-headline a 27-date North American tour, presented by SiriusXM. The bands’ itinerary will also include an April 15 appearance at the Texas Independence Festival in Austin, as well as each band headlining two solo shows separate from the double bill.

With KsE and Anthrax rotating the closing slot over the course of the dates, the tour will hit the ground on March 29 in Montclair, NJ and then criss-cross the continent, wrapping up in Boston on May 7. The intense and dynamic The Devil Wears Prada will provide direct support on all dates.

Multi-tasking Hatebreed frontman Jamey Jasta will perform solo as Jasta and open the first 10 shows of the tour — including the two Killswitch Engage headline shows that do not feature Anthrax.

Pittsburgh’s Code Orange, who are being hailed as one of the most exciting metal acts of 2017 with the release of their new album FOREVER, will open all of the dates thereafter. Code Orange jump on the tour on April 11.

Tickets are on sale via the KsE site, the Anthrax site, and the TDWP site. Please visit those locations for all details regarding ticketing.

Confirmed dates for the KsE and Anthrax tour are as follows.

Are you someone who gets excited about new games that are introduced for a gaming console or for a mobile device? Many types of games are introduced each year in hopes of being the next big hit. Most games are often based on a theme or genre depending on what is is. This is the reason there are games based on movies, comic characters, and many others. In fact, video games development for 2017 could offer a few titles that may be unexpected.

Red Flush Online Casino is a great place to go to find many types of fun and exciting video slots. Why not try new online slots machines here today?

One thing to keep in mind about the development of new video games is that the process is typically a marathon and not a sprint. This is the reason for delays that often occur or why a proposed title will be changed more than once before the final product is released. However, this does not mean fans are not looking forward to new games being released this year.

The Resident Evil franchise has been popular for many years and every new game offers the chance to see something new. Horror games are becoming more popular and means games that were not a top hit can be reinvented for a new audience. Games that are updated for changing times often have a surge in popularity when updated with new foes and tough puzzles to solve.

This is the a new game in this series that takes place after the third game in a trilogy. The popularity of the original three games led to the decision to release an updated game in 2017. Decision making is the major part of this game and newest game will have all new choices to make. Will you be ready for the challenges you may face?

This game may appear like a sequel to a game released back in 2006, but this is not the case. The game has players stranded on a space station that is being overrun by aliens. If you are into first shooter style games, then this one should be an exciting one to play. The only problem is finding a weapon available to use to defend yourself.

Fans of spooky games will enjoy this new game slated for release in 2017. Players will be exploring a space station where a crew has seemingly disappeared. This game is a sequel to a 2013 release that was about a young woman in a home where everyone was away for the night. Finding out what happened is likely to be a terrific and maybe a worrying experience.

This is the newest release from the same developers who made Grand Theft Auto. The game offers you a western feel as there are beautiful landscapes with a story of a criminal who is trying to atone for his past deeds. Keep in eye out as this game could end up being the most anticipated game of 2017. 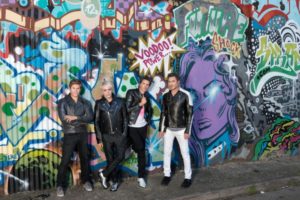 Duran Duran VIP Fan Community members will have access to tickets before the general public. Members should login and visit the Presale page for details at http://www.duranduranmusic.com.

Duran Duran rang in 2017 playing to a sold-out audience at the brand new Washington, DC-area venue The Theater at MGM National Harbor. As previously announced, the multi-platinum band will travel to South America to perform alongside additional superstar artists The Weeknd and Metallica at the Lollapalooza festivals in Brazil, Argentina, and Chile. They will also play a headline show in Belo Horizonte, Brazil. These dates will mark the band’s first shows in this part of the world since 2012, and the very first in this market in support of Paper Gods. Tickets for Lollapalooza are on sale now, with info and links on www.duranduran.com.

Paper Gods was released in September 2015 and entered the Billboard 200 chart at No. 10, earning the iconic British band their highest charting album in 22 years. Produced by Grammy Award-winners Nile Rodgers and Mark Ronson, along with Mr Hudson and Josh Blair, the band’s 14th studio album features collaborations with Janelle Monáe, John Frusciante, Kiesza, Jonas Bjerre (of Mew), and Lindsay Lohan. 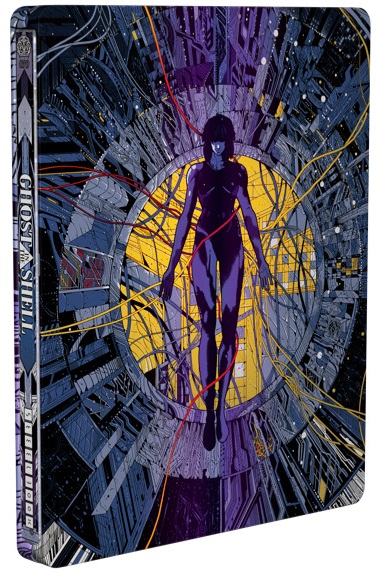 BEVERLY HILLS, CA – (December 13, 2016) The groundbreaking anime film Ghost in the Shellarrives on Blu-ray™ + Digital HD with limited-edition Mondo key art in collectible Steelbook packaging from Anchor Bay Entertainment on March 14, 2017. The groundbreaking anime celebrated the 25thanniversary of the original Manga in 2014. Directed by legendary anime director Mamoru Oshii, Ghost in the Shell questions human existence in the fast-paced world of the information age, this award-winning, cyber-tech thriller has established itself as one of the leading Japanese animation films of all time.

A female cybernetic government agent, Major Motoko Kusanagi, and the Internal Bureau of Investigations are hot on the trail of “The Puppet Master,” a mysterious and threatening computer virus capable of infiltrating human hosts. Together, with her fellow agents from Section 9, they embark on a high-tech race against time to capture the omnipresent entity.  Ghost in the Shell took the world by storm in the mid-90’s, exhibiting a new dimension of anime with unprecedented, mesmerizing cinematic expression. Seamlessly merging traditional animation with the latest computer graphic imagery, this stunning sci-fi spectacle challenged the boundaries of mainstream animation with detailed artistic expression and a uniquely intelligent story line. Veteran director Mamoru Oshii skillfully creates the ultimate anime experience in this futuristic masterpiece based on the groundbreaking comic book by Masamune Shirow.

To learn more about the film, please visit www.anchorbayentertainment.com.

ABOUT ANCHOR BAY ENTERTAINMENT
Anchor Bay Entertainment, a Lionsgate company, is a leading independent home entertainment company that acquires and releases a wide array of theatrical and home entertainment content, including STARZ Original series, children’s programming, fitness (Anchor Bay Fitness), sports and specialty films on Blu-ray™ and DVD formats. The company has long-term distribution agreements in place for select programming with The Weinstein Company, AMC Networks and RADiUS, among others.