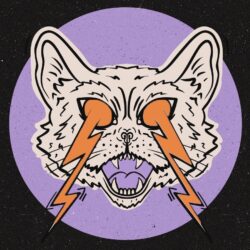 As I sat in the main theater at Screenland Armour for the start of Panic Fest on Thursday, April 28, I couldn’t help but feel relief. That relief comes with the knowledge that since January 2020, I haven’t experienced anything like this in a little over two years. The pandemic extinguished the lights at repertoire cinemas across the country, but some managed to fight through the uncertainty to emerge victorious; shining brighter than ever. So Panic Fest 2022, the 10th iteration of the genre film festival, felt personal in the context that the pandemic is now over, we can begin congregating again to partake in films that make us peek at the screen between our eyes or laugh at absurd things with a large group of degenerates some of us refer to as friends or family.

The 10th annual Panic Fest kicked off with Joe Bob Briggs and Darcy the Mail Girl presenting a 20th anniversary screening of “Bubba Ho-Tep.” The second day of Panic Fest kicked things into gear with films ranging from the comically bizarre, “CRABS!,” to the gory insane, “The Sadness,” which kept the hundreds who were in attendance happy and horrified. The directors came out to play Saturday as Joe Lynch introduced, what he called an undiscovered gem waiting to become a cult classic, 1984’s “Surf II.” don’t bother asking me about “Surf I.”

Director Mick Garris was in attendance as a nearly sold out theater laughed along and cheered to 1992’s, “Sleepwalkers,” which I can only describe to people as a horror film featuring indescribable super powered cat people who are not only deathly allergic to house cats, but also incestuously horny. Spider One, the lead singer of Powerman 5000 and brother of Rob Zombie, attended the global premiere of his first film, “Allegoria.” Spotted amongst attendees Saturday at several films, including “Sleepwalkers,” was Lloyd Kaufman. Yes, that Lloyd Kaufman. Kaufman would be introducing his latest Troma film, “Shakespeare’s Shitstorm,” a Troma adaptation of Shakespeare’s “The Tempest,” on Sunday.

While the celebrities and filmmakers are just one joyous part of Panic Fest, the other joys come in the form of independent films looking to break the mold. This year’s line-up films ranged from tense thrillers about neighbors next door, “Watcher,” to nightmare fuel bat shit insanity, “The Outwaters.” Just like in 2021, this year’s Panic Fest was a hybrid of in-theater selections and virtual selections. For fans who only attended in-person, you missed out on some great stuff that was only available digitally through Panic Fest like “The Chamber of Terror,” which feels like a midnight film waiting to burst onto the scene and “Masking Threshold,” a serious contender for one of my favorite films of 2022. While a few films, both virtually and in-person, weren’t really my thing, most of the films were diamonds in the rough while others showed great promise for the future creators behind it.

While it’s clear that not everyone was ready to be back in a theater, Screenland Armour was hopping with life during the four days I was in attendance. It was refreshing to be around like-minded people devouring high-brow and low-brow horror content. While the pandemic certainly had an effect on 2021’s and 2022’s Panic Fest, it’s safe to say the founders haven’t skipped a beat when putting together a well-crafted mix of genre films and events that most certainly put a smile on everyone who sat down to once again enjoy the magic of the movies.