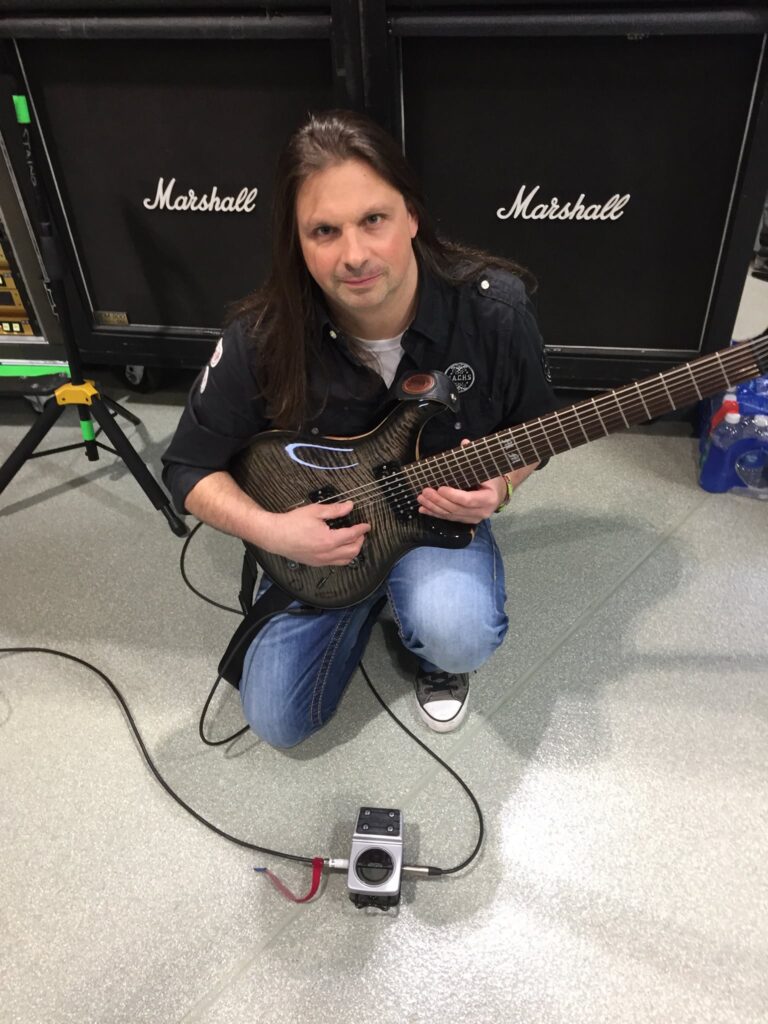 The rock group Staind is back on May 7th with their first release in nine years titled “Live: It’s Been Awhile”. Accompanying the album’s release is a two-night streaming event titled “The Return Of Staind: A Two Part Global Streaming Series”. Media Mikes had the chance recently to talk with Staind guitarist Mike Mushok about the release, the set of streaming performances and the bands plans for going forward.

Adam Lawton: Can you tell us about the decision to release the bands new album now amidst the ongoing pandemic?

Mike Mushok: If this were a record with new material, we would be holding on to it like a lot of other bands are. This was a chance for us to get some material out there as we were trying to put a couple things together at one time. We had filmed the show where we got back together in 2019 at the Foxwoods Casino. We put a lot more than normal into that show and we wanted to capture all of that. Starting May 1st fans can stream that show. The album will come out May 7th and then on May 8th we will be doing another stream celebrating the 20-year anniversary of “Break the Cycle”.

AL: What was it like putting together the “Break the Cycle” show

MM: It is definitely different going out there and performing with no audience. It is almost like a rehearsal that is being filmed. It’s different but, you just get into what you are doing and do the best you can. I thought the venue we chose to film at was great and the lighting looked great as well. I don’t remember how many different cameras were being used but some of what I have seen is really exciting. To go along with the performance is a short documentary which takes fans back to where we were when the album initially was released. I also went back and found a ton of old footage from around that time is well. When I was going through all this stuff, I actually found the footage from our first gig ever in 1995.The cool thing about that was it was filmed about three blocks from where we shot this new performance There’s a lot of other things that fans will get to see besides us performing the record.

AL: How was it as a band revisiting this material?

MM: It was great to be able to go back and revisit such a good time in our career. This was our most successful record and it really changed everything for us. It was cool going back listening to things and relearning that material. There are a few songs that we had never played lived from this record so that was another that was really cool.

AL: The band had plans to go out and tour in 2020 but due to the pandemic those shows were unable to happen. Have there been any talks about trying to reschedule?

MM: We are trying to figure that all out right now. We had originally planned to go out with Disturbed as part of their 20-year celebration of “The Sickness”. That tour was recently cancelled but we are looking at some festival shows in July that we are booked for as well as some shows later in the summer. We are still waiting on confirmation of those so there is still a chance that we will be out there later this year. I think everyone is still just trying to figure stuff out as every place is different which makes things challenging.

AL: How much of an effect did the Pandemic have on the band personally being that you had just gotten back together after some time?

MM: We had a great plan in place, and it was disappointing. I was definitely looking forward to getting back out there. I can’t complain though as other people have gone and continue to go through way worse things. During that first part of things when I was home, and you couldn’t go anywhere it was nice to be able to be with my family and not have to worry about other obligations. It was great to just be together and now things are starting to get back to the way they were and that is nice also. For the band we are looking to regroup and get things back on track. 2021 seems like it is going to be this feeling out period as more and more things change and open.

AL: Your involved with a couple other projects can you give us an update on those?

MM: I have the band Saint Asonia with Adam Gontier who used to be in Three Days Grace. We are working on some new music and hope to have an EP out sometime soon. Staind is also working on some new material as well. Aaron is finishing up a country record at the moment and once that is done, we can start digging through some of the material we have. I am part owner of the Six String Grill and Stage in Foxboro; Massachusetts and we are starting to look at being able to book shows there again later this year. Combine all of that with being a dad and a husband I am pretty busy (Laughs).

For more info and updates on Staind be sure to visit www.staindofficial.com