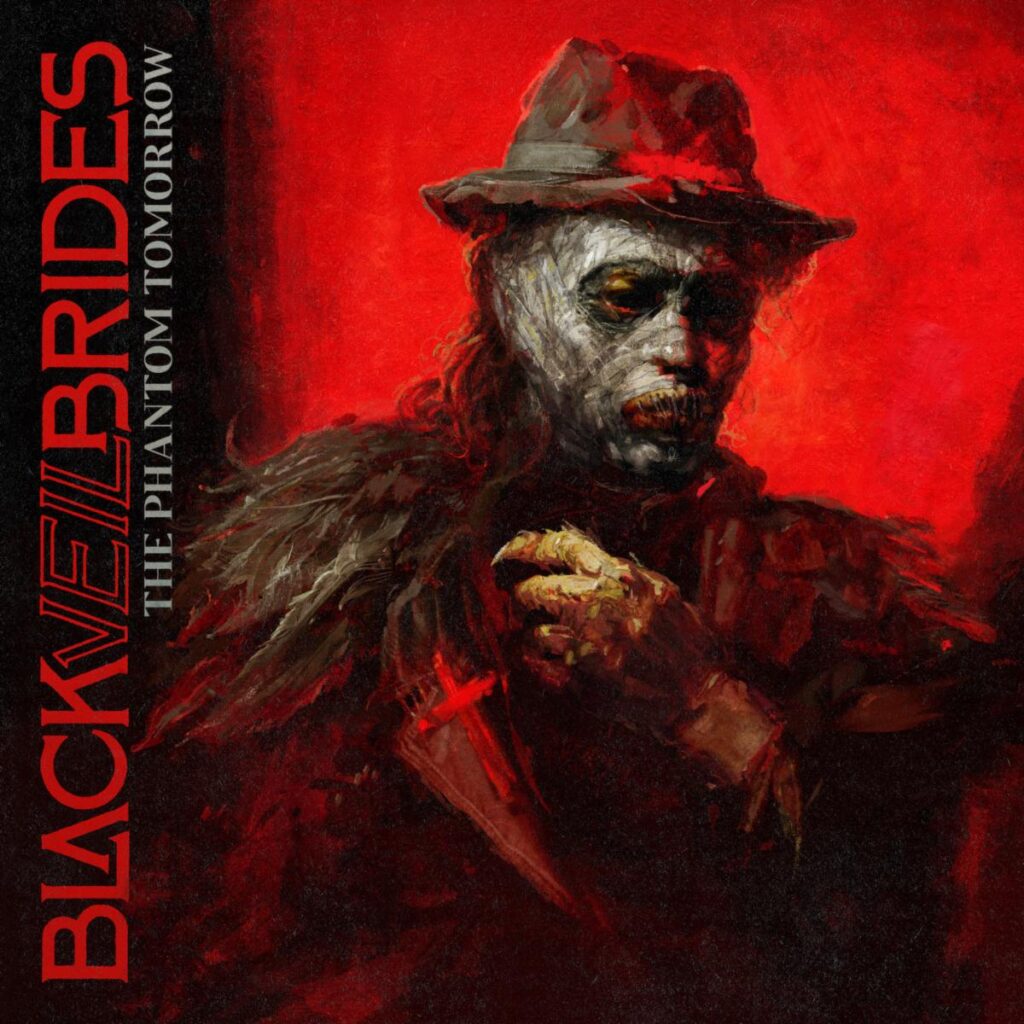 On the heels of their first-ever virtual acoustic radio tour Acoustour and after teasing fans for days on social media, Los Angeles rockers Black Veil Brides have released the full details of their upcoming 6th studio album, The Phantom Tomorrow. The new album is scheduled for release on June 4th via Sumerian Records and is a concept record based on a story idea created by vocalist Andy Biersack. The album is comprised of a dozen tracks and has spawned the current Top 20 Active Rock single “Scarlet Cross.” The cover artwork for The Phantom Tomorrow was created by Eliran Kantor – known for his work with Testament, Hatebreed, Havok and Andy Black to name a few. The Phantom Tomorrow is produced by Erik Ron (Godsmack, Dance Gavin Dance, Bush) and co-produced by guitarist Jake Pitts – is available for pre-order in various bundle configurations here: www.phantomtomorrow.com.

To coincide with the announcement of The Phantom Tomorrow, Black Veil Brides are releasing the next music video from the upcoming album. The video for “Fields Of Bone” marks the directorial debut by vocalist Andy Biersack. Backed by guitarists Jake Pitts and Jinxx, bassist Lonny Eagleton and drummer Christian Coma; the video picks up where the “Scarlet Cross” video (http://smarturl.it/scarletcross)  left off. The main character “The Blackbird” returns to square off against “9,” his adversary depicted throughout the “Fields OF Bone” video. He has been used in the band’s tease posts all week. The video also showcases the new look the band will be utilizing throughout the entire cycle for The Phantom Tomorrow. The video for “Fields Of Bone” can be seen here: https://youtu.be/JR37XyIXqPg.

The track listing for The Phantom Tomorrow is: