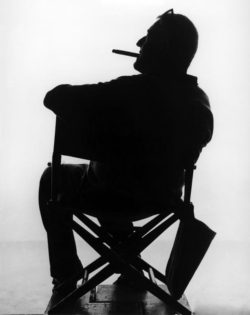 THIS COULD BE THE STRANGEST OSCAR CEREMONY EVER

In its 93 years the Academy Awards have seen some strange occurrences.

In 1973, Marlon Brando, who was announced as the winner of the Best Actor Award, sent an actress pretending to be a Native American up to the podium to refuse the award, citing the way Native American’s were portrayed in films.

The next year, David Niven was startled when freelance photographer Robert Opel decided to “streak” across the stage behind them.  I always thought that this was a set-up.  The camera angle was such that none of Mr. Opel’s nether-region was shown and Mr. Niven was awful quick and his quip: “The only laugh that man will ever get in his life is from stripping off and showing his shortcomings!”

And, of course, who could forget the 1989 ceremonies when Rob Lowe and Snow White engaged in a musical number?  Only months before a sex-tape with Lowe and two women (one underage) had been released, which I’m sure upset the folks at Disney, who were already upset because they hadn’t given their permission for the character to appear.

But this year could be the strangest and most unpredictable ceremony ever.

Tonight, for really the first time since last year’s Oscars, nominees have been encouraged to be in attendance.  In the past year, shows like the Emmys have had a minimal crowd (usually first responders) and the awards have been “delivered” to the winner via Zoom.  Tonight we could actually see people walk across the stage to give their acceptance speeches.

Tonight also notes the first time that a streaming service has received more total nominations than any of the established studios.  NETFLIX leads the way with 35 total nominations, followed by Amazon with 12.  The highest number of studio nominations is 8, shared by Warner Bros. and the Walt Disney Company.

Streaming has been the thing this year.  Though theatres are now open again, very few people are going.  The one closest to me, and 18 screen mega-plex, is showing films that range from current (GODZILLA vs KONG, MORTAL KOMBAT) to titles that are months old.  They are even trying to fill their screens with Bollywood features.

In the past year, I have seen three films in a movie theatre.  The aforementioned GODZILLA vs KONG and MORTAL KOMBAT, both in the last 2 months.  Before that, the last film I saw on the big screen was TENET.  And I LOVE going to the movies.

With the exception of TENET, every other Oscar nominated film or performance I have seen this year has been either on a streaming platform or a DVD screener.  A nice way for a critic to binge on what they need to see but also a way that takes the fun out of the movies.

I enjoy going to the theatre.  Getting my popcorn and sitting in a room with 250 strangers who are about to share an experience with me.  I like hearing others laugh along with me and I like sitting in the silence and hearing if anyone else is crying at the incredibly sad scene I just witnessed.  And I like talking to people as we exit the auditorium, discussing what we saw and whether or not we liked it.

I should note that there were no more than four other people in attendance at the three films I have seen in a theatre.  Which makes for a lonely exit conversation.

Hopefully after the awards some of the winners will be released to theatres.  That is how Hollywood makes a little more money off of their films – re-releasing them to theatres after the awards to get a post-Oscar push at the box office.  I, for one, would love to see MANK on the big screen.  It’s impeccable recreation of 1940s filmmaking would be glorious to take in on a screen 40 feet high.

However, there are also good reasons to watch the Awards this year.  Many of the nominees are a “pick-em” – there are no such things as “Titanic” nominated tonight.  But my fingers are crossed for two awards and the reaction they will receive.

The late Chadwick Boseman is nominated as Best Actor for his amazing performance in “Ma Rainey’s Black Bottom.”  It is his last film performance and it is brilliant.  A victory here would not only honor a talent gone much too soon but will surely bring the house to it’s feet.

Secondly, tonight Glenn Close is nominated (for the eighth time) for her Supporting turn in “Hillbilly Elegy.”  Not only is she the best thing in the film, she is so overdue for a win.  Should she not win tonight, she will tie the late Peter O’Toole as having the most acting nominations without a win.  O’Toole did receive an Honorary Oscar in 2002.  A win by Close would surely trigger and emotional standing ovation.  It certainly will at my house.