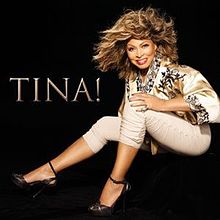 I have a confession to make.  And before I fill you in, let me assure you that my wife already knows.  I have loved Tina Turner since 1975 when I saw her as the Acid Queen in “Tommy.”  When the 80s hit, and I became a young adult, her music and her talent made my crush seem all the more worthwhile.  Of course, thanks to her best-selling autobiography and the film “What’s Love Got To Do With It?”, the world knows that Ms. Turner’s life wasn’t all singing and dancing.  And who better to tell the story of that life then the legend herself.

“TINA,” premiering on HBO and HBOMax this Saturday night, March 27, tells the amazing story of Tina Turner in five parts.  First up is the story of IKE and TINA.  By all accounts, Ike Turner was a terrible person, but while saying that I also must note that he was a very talented musician who is widely credited for helping create the very first rock and roll song, “Rocket 88.”  A chance meeting with Ike Turner by Ms. Anna Mae Bullock of Nutbush, Tennessee led to one of the most popular musical groups of the 1960s, the Ike and Tina Turner review.  Here we learn how Ike actually gave Anna Mae the name Tina, without her knowing it,  We learn of the music and the popularity and we also learn about the horrible way Ike treated her.  A lot of the film consists of a recording of an interview Tina did with “People” magazine in 1981, as well as current conversations recorded with Tina in 2019.  I won’t belabor mentioning the abuse Tina suffered (in fact, this is something she is tired of talking about, as she tells more than one reporter) but to hear the stories in her own voice is heartbreaking.

The other four parts of the film follow the path that Tina Turner took to get to where she is now, the unchallenged Queen of Rock and Roll.  And all along that path there were setbacks.  Her first single, “River Deep, Mountain High” didn’t achieve the success it deserved.  Her divorce from Ike left her with nothing but her name, something she had put in the divorce decree.  Stuck doing Vegas-type shows, she yearned to fill stadium with pure rock and roll.  You know how the story ends, but to see and hear it told by the lady herself is a grip worth taking.

Full of amazing interviews and even more amazing vintage footage, TINA is a must see!