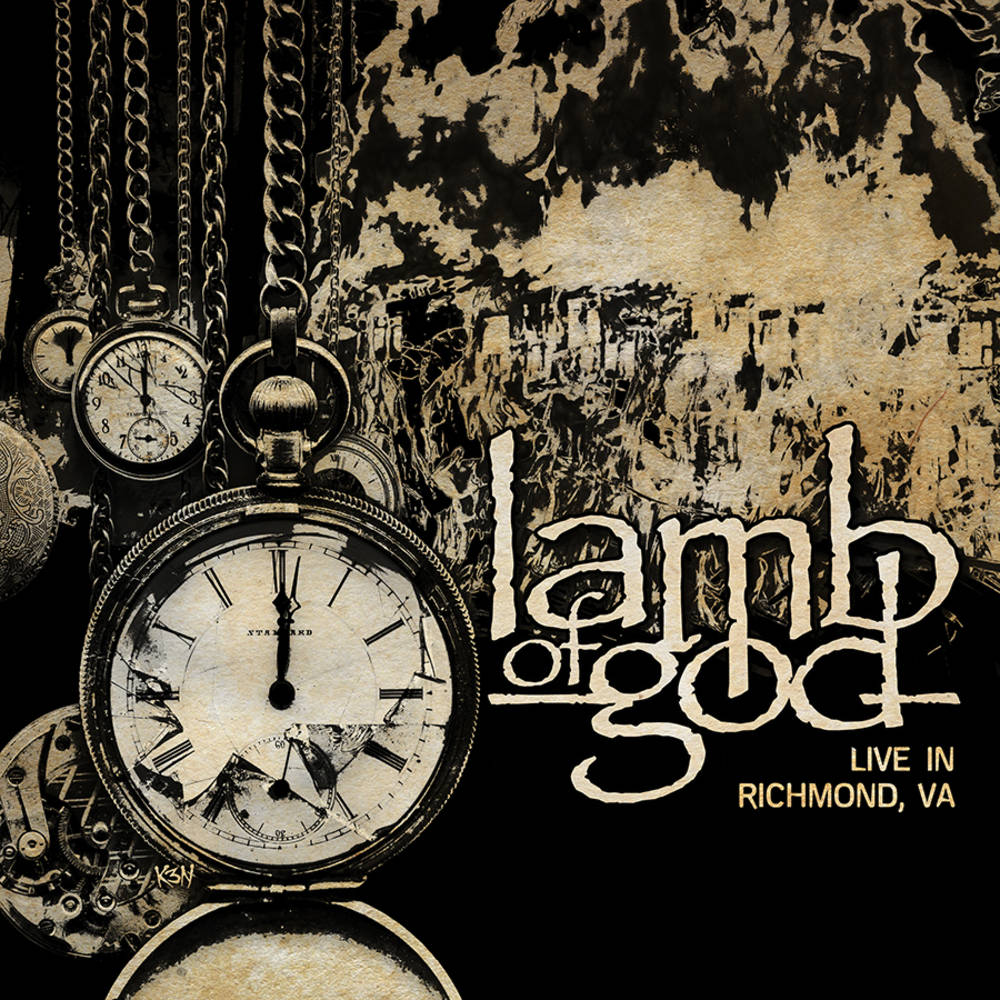 Originally, released June 19 of 2020, Lamb of God’s first new album in five years was met with universal acclaim. The self- titled album landed at number one on the Overall, Rock and Metal iTunes album chart upon release and would then go on to take the coveted #1 spot on Consequences of Sound’s Top 30 Metal + Hard Rock Albums of 2020. “Live in Richmond, VA” was recorded at The Broadberry in the band’s hometown of Richmond, Virginia and gives fans their first live taste of the new material due to the COVID 19 pandemic postponing the bands scheduled spring/summer tour.

When COVID-19 brought the world to a standstill in early 2020 it also brought with it a whole host of questions and problems. For musicians they could no longer support new releases due the traditional routes of promotion being put on hold or cancelled. To combat that artists turned to live streaming performances which fans could watch from the safety of their homes. Lamb of God took that model and ran with it. Over the course of two nights in September of 2020 the band performed their latest self-titled release just as it appears on the studio version. Live albums tend to be hit or miss for me, but I have to say I actually almost prefer the live version of “Lamb of God” to the studio version. Don’t get me wrong the studio version is a great album but this newly released live version really captures the band in their element giving each of the ten songs extra edge and bite. “Momento Mori” and “Resurrection Man” kick off each side of the LP setting the standard high for the tracks which follow. Songs like “Checkmate”, “Gears” and “Poison Dream” pulverize your senses via the razor like vocals of Randy Blythe and the twin guitar attack of Willie Adler and Mark Morton while other songs like “New Colossal Hate”, Bloodshot Eyes” and “On The Hook” go straight in for the kill with thunderous bottom end courtesy of bassist John Campbell and drummer Art Cruz.

This was a record I found myself listening to multiple times in one sitting. A rarity for me as I tend to have a tension span that is a bit on the shorter side especially when it comes to music. The overall mix of the album combined with the bands impressive performance kept me coming back for more even after listening to it in succession. Though I had wished the full live performance had been included on the 150 gram LP as those missing songs would have been a nice bonus but, given the time constraints vinyl present I understand. Thankfully, the complete performance is available in a Deluxe three-disc version of “Lamb of God” which includes the studio version of the record, the live version including two bonus tracks and a live DVD performance. If you missed the initial streams or you want to revisit those performance’s, you will certainly want to grab one of these as you won’t be disappointed.