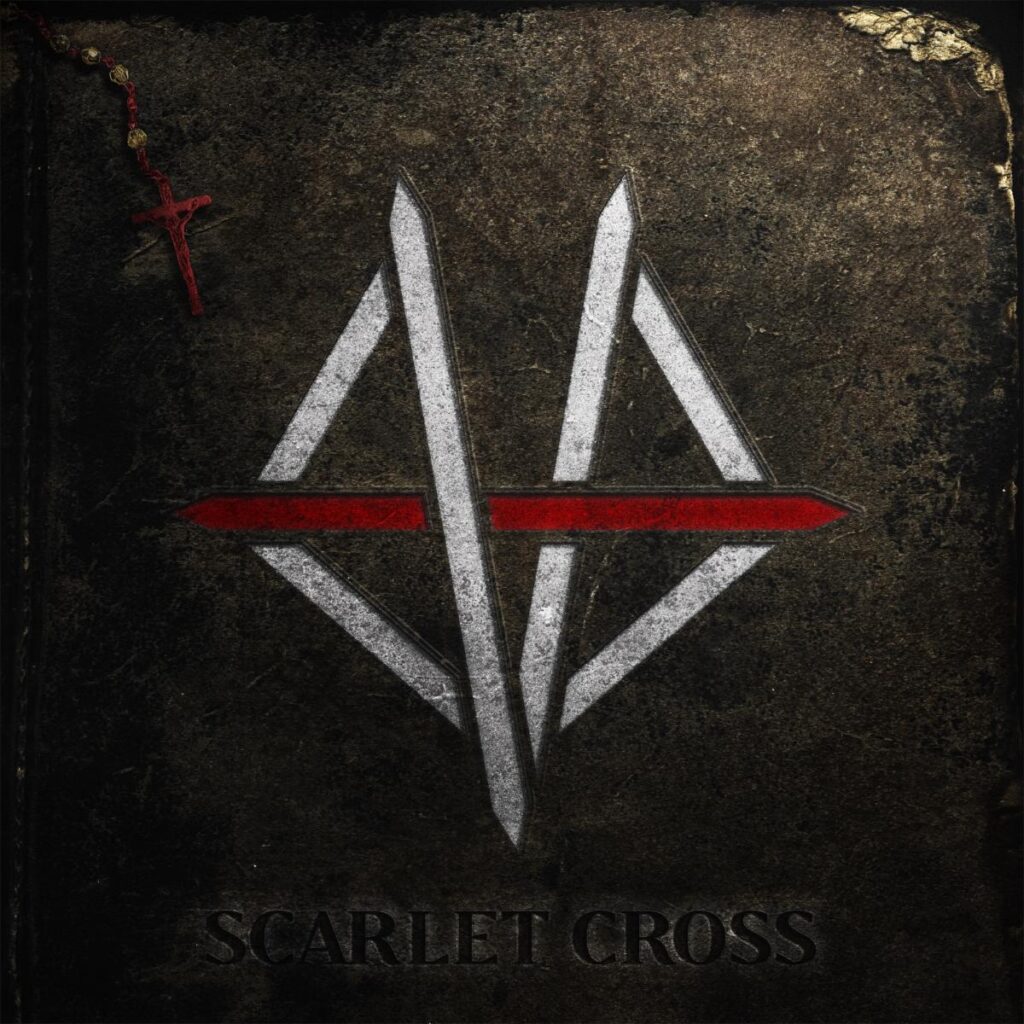 After teasing fans for days on social media, Los Angeles rockers Black Veil Brides are releasing a new single and video for the track “Scarlet Cross.” The song comes from the band’s upcoming 2021 concept album The Phantom Tomorrow – the band’s sixth full-length album. The album tells the story of the antihero character “The Blackbird” and a group of societal outcasts known as simply as “The Phantom Tomorrow.” The first single “Scarlet Cross” – produced by Erik Ron (Godsmack, Dance Gavin Dance, Bush) and guitarist Jake Pitts – is available via all digital partners today.

The video for “Scarlet Cross” was directed by longtime collaborator Patrick Fogarty and based on a concept written by frontman Andy Biersack. The video was filmed on the Santa Clarita Studios backlot and is the first in a series of videos that will follow the story of the main character “The Blackbird.”. The video opens as a female member of “The Phantom Tomorrow” takes to the streets only to be discovered and followed. As things get dire, the “The Blackbird” arrives only to fade to black. Shot to look like an old school comic book serial, the video ends with the cliffhanger tease leaving the viewer unsure of the fate of the heroine or her attackers. The video for “Scarlet Cross” can be seen here: http://smarturl.it/scarletcross.

Black Veil Brides are hard at work putting the finishing touches on the upcoming album The Phantom Tomorrow– scheduled for release via Sumerian Records in 2021. More information on the latest musical creation from Andy Biersack, Jake Pitts, Jinxx, Lonny Eagleton and Christian Coma will be available in the near future.

“We are incredibly excited to share not only this new song ‘Scarlet Cross,’ but also our vision for the world of “The Phantom Tomorrow” and its characters. We are in the final stages of writing for this record and have begun work on our forthcoming “The Phantom Tomorrow” graphic novel. We intend to continue to share elements of the story in the coming months and can’t wait for everyone to see what we have been working on!”

Like their band name suggests, Black Veil Brides evoke transcendent visions of an impenetrable hereafter, intermingling with a steely focus on the dark passions and elusive mysteries of the here and now. A romantic fantasy first summoned in a small town by founder Andy Biersack – a creative who was fascinated with death rock, theatricality, and monsters (both real and imagined). It wasn’t until moving to Los Angeles that the unstoppable force the band is currently was finalized. The band (and its members Andy Biersack, Jake Pitts, Jinxx, Lonny Eagleton, Christian Coma) Instagram and Twitter accounts command close to 10 million followers between them. Vale, the group’s most recent full-length album, went to No. 1 on Billboard’s Top Hard Rock Albums chart. In the hearts and minds of their fans, Black Veil Brides represents an unwillingness to compromise and a resistance to critics (personal and professional), fueled by the same fire as the group’s own heroes, the iconoclasts whose creative output, once dismissed, is now canonized.