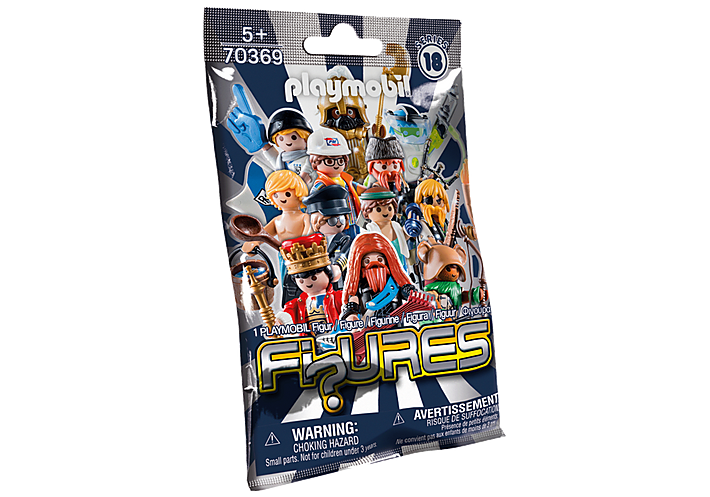 Playmobil continues to expand their ever growing universe of characters, play sets and vehicles with their latest release of Series 18 blind bags. The series features 24 figures in all (12 girls and 12 boys) and will fit seamlessly into previously released sets adding new elements of adventure and creativity.

As a parent we have all had that moment where we are at the store with our child or children almost ready to check out and they ask if we can look at the toy section. Of course we all know how this inevitably turns out. Within in seconds you have a toy or two in your cart and that quick stop for a couple items has now turned into a bigger purchase. That’s how we first came across Playmobil Blind Bags. Not only were the figures inside all really cool but it turned into a hunt to find them all given the contents were hidden within shiny reflective packaging that helped make it stand out on the robust shelves. That was several series ago and we are still in love with these figures. Series 18 includes some of the coolest additions to line yet! You have a Top Hat wearing female vampire, a stilt walking clown with real squirting flower, a translucent space adventurer and probably our person favorite a bearded, tattoo clad guitar player!

Each figure is stylized in the traditional Playmobil design and includes one or more accessory which corresponds with the figure. As mentioned before the series features 12 girl and 12 boy figures which are denoted by metallic pink packaging for the girls and metallic blue for the boys. This has been a simple yet effective tool for parents going back a couple series now that help decipher which figure might be inside. It’s especially helpful if the youngster in your life is looking for a specific character or attempting to collect a specific series.

We can’t say enough great things about Playmobil and the Series 18 figures. Not only does the latest series add some rather interesting characters to our growing collection but they also gave new life to some of our older figures by bringing them back into the fold. Our older Vampire affectionately known as “Fizzle Faz” now has a female companion. Our knights and dragons now have a bow and arrow carrying fairy along with an impressively armored young lady. Though I would not recommend these figures for non-school age children given the smaller pieces and the need for assembly which at times can be a bit frustrating, everyone else in the family will certainly enjoy getting in on all the fun possibilities these toys can offer. I know I certainly did.