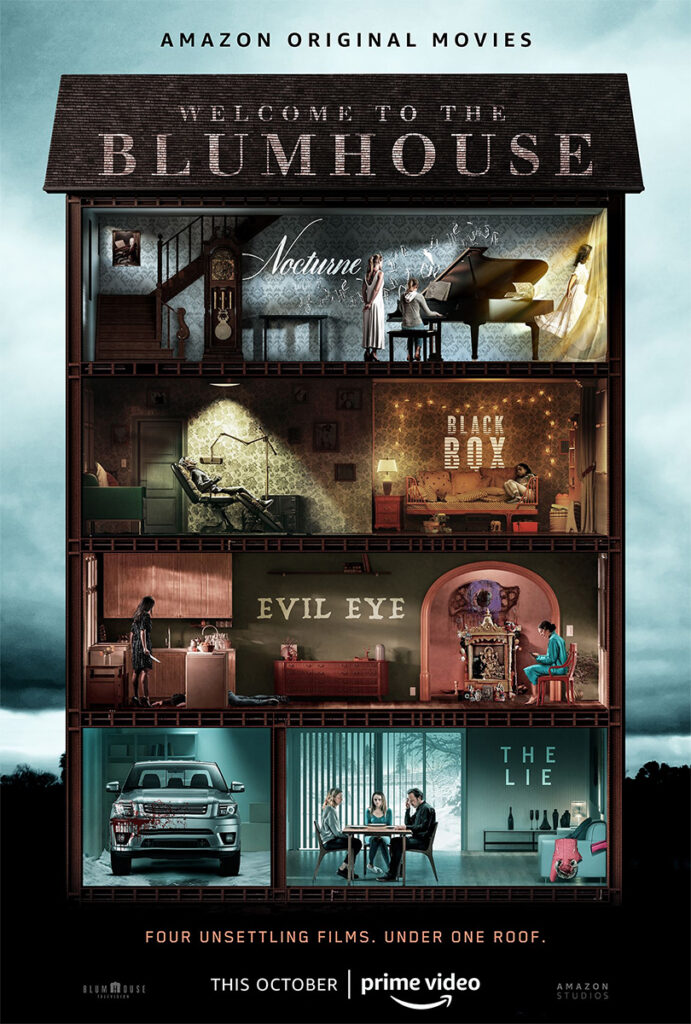 Rounding out the initial four films released at part of Amazon’s “Welcome to the Blumhouse” package is twin-brothers Elan and Rajeev Dassani directed “Evil Eye.” Blumhouse once again delivering projects supporting diverse creators with inclusive casts, “Evil Eye” explores a culturally specific thriller that at first glance might seem centered around a practice that a majority of audiences won’t be able to identify with: arranged marriages – but the deeper theme here is one that unfortunately all too many will have experience with… making “Evil Eye” a film that feminists may champion

.
Exploring spiritual concepts of reincarnation and karma inject fascinating albeit culturally specific supernatural elements into what’s basically a story of an overprotective mother constantly attempting to virtually connect and intervene in her daughter’s love life in efforts to redirect her perceived fate. Pallavi (Sunita Mani) is a young Indian woman living a modern Americanized lifestyle after her parents return to their home in Delhi, India.  Her superstitious and paranoid mother, Usha (Sarita Choudhury) is in frequent contact and constantly in need of status updates on her daughter’s love life. Concerned that if she doesn’t find a husband before thirty her daughter will be alone forever, Usha goes to great lengths and frequent astrological consultations to attempt matchmaking for Pallavi. When Pallavi finally meets a promising young Indian man, Usha’s husband and family feels she should finally be content but we quickly learn that Usha’s past has forecasted the return of evil doing, taken form in Pallavi’s new love interest, Sandeep (Omar Maskati).

Usha’s paranoia is soon understood by audiences: she was the victim of long term emotional and physical domestic abuse. Secretly responsible for bringing her abuser to his death, Usha suggests that he has returned, reincarnated as Sandeep.  Observing from across the ocean how he uses his charms, passively controlling and using his resources to convince Pallavi to relocate and quit her job, Usha sees must act quickly to save her daughter when no one believes in her visions.

“Evil Eye” is another installment of “Welcome to the Blumhouse” that’s hard to quantify as horror. While the heart of this film is assuredly one of the greatest horrors for so many people, especially females and parents of females, it is better to go in with appropriate genre expectations for this thriller which has only momentary touches of the supernatural but still succeeds in entertaining as tense and relevant horror-adjacent storytelling.