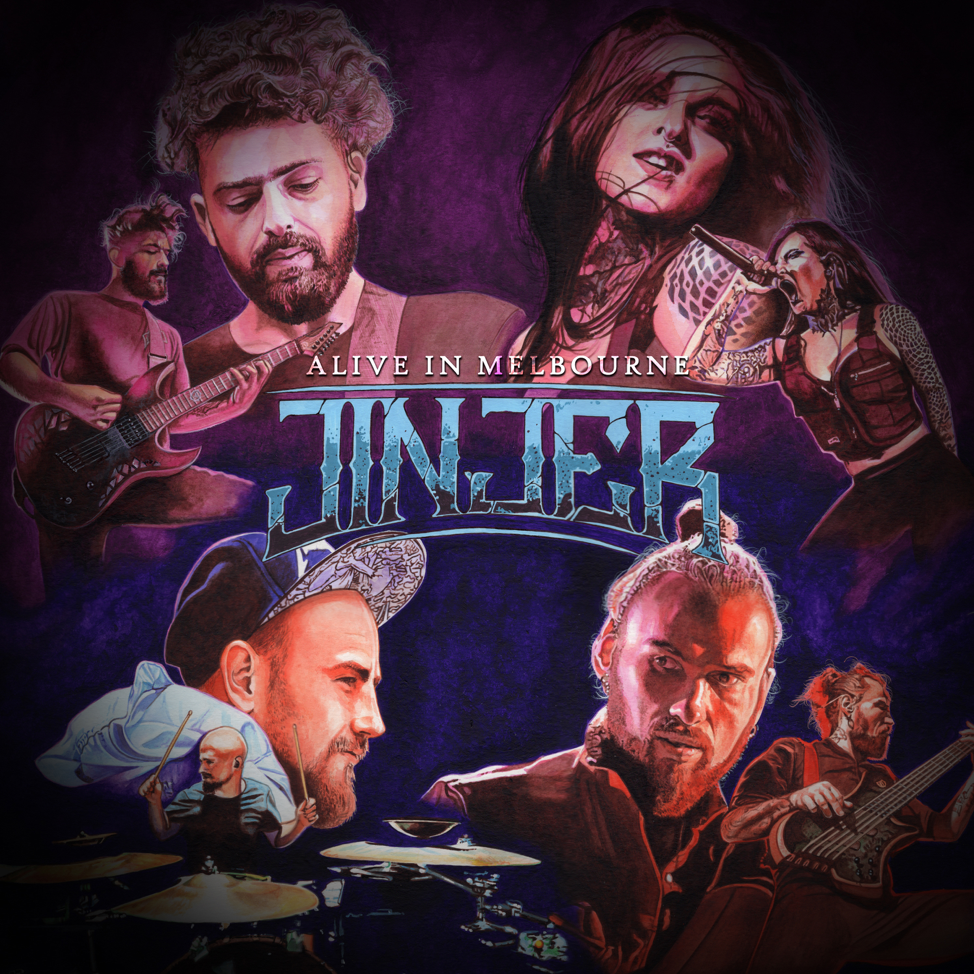 Ukrainian modern metal leaders JINJER have announced the official release of the audio recordings from one of the last metal shows played on the planet before the global Covid-19 lockdown: their ferocious sold out Melbourne, Australia performance on March 5, 2020.

Commented the band: “Some shows just deserve to be carved in stone and memorialized forever. This was the case regarding our first ever Australian tour in March 2020, where we hit a few milestones all at once: we finally played on every continent there is to play on, our first time in down under was a complete sellout and more importantly we experienced the love, passion and craziness we’ve always heard so much about the Australian crowd. Hell, there were even fans from New Zealand that showed up to the party. Now, after nearly half year of lockdown I can barely watch this footage without shedding a few tears. If any of you knew how much time, patience, nerves and effort we put into making this live album possible- you would probably be surprised we managed to pull it off at all. Adversity kept coming and coming, and coming at us again and again but here we are : Alive in Melbourne 2020 is real and it’s coming out in all it’s visual and sonic glory! Let’s watch it, listen to it and let’s remember how a real metal gig should look and sound: the sweat, the volume, the performance and the crowd … we need this feeling back! I am proud that we managed to capture this place in time and share it with you as our first official live album!”

Coinciding with the announcement, the band has also released a live video for their pummeling tech groove track “Teacher, Teacher!”, the opening song of the afore-mentioned show.

Alive In Melbourne is now available for pre-order and will be released in various lavish editions, listed below.