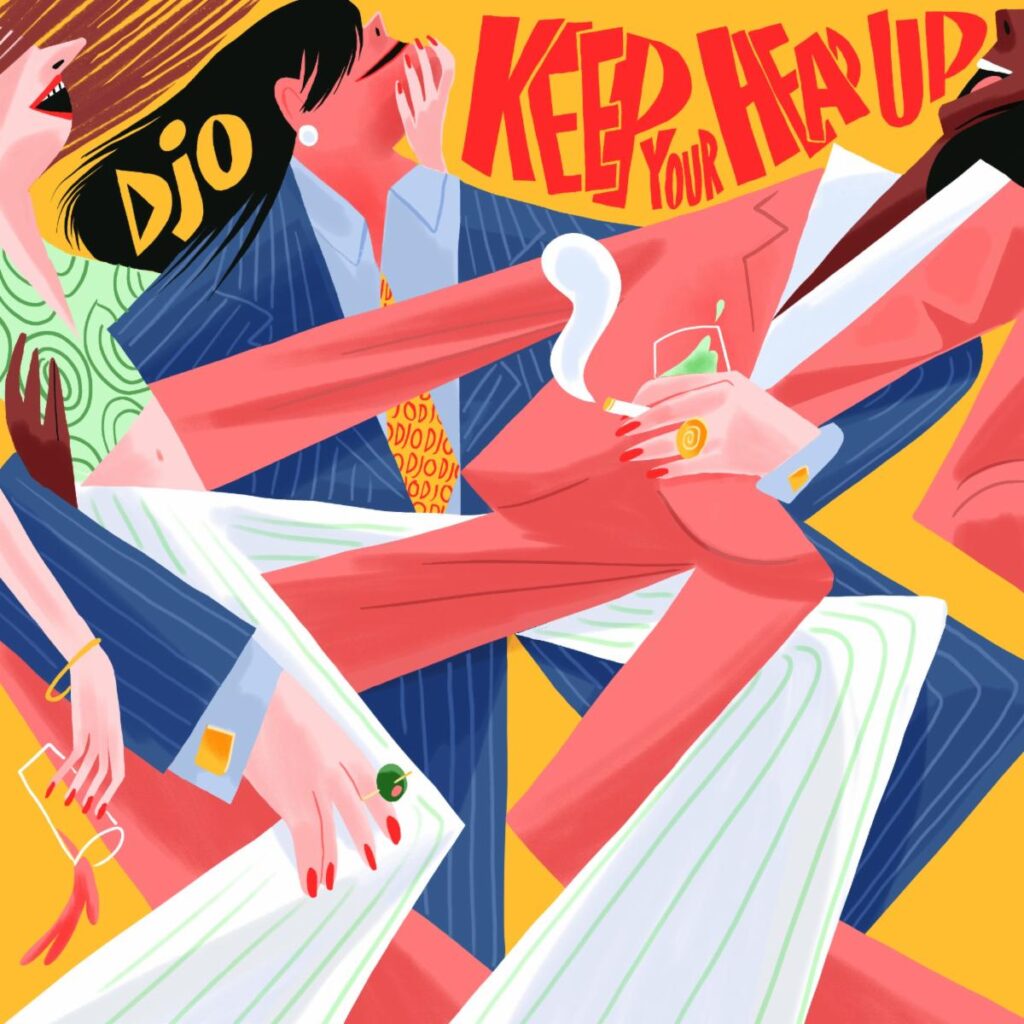 Late in 2019, musician Joe Keery quietly unveiled his solo project Djo and his full-length psych odyssey, Twenty Twenty. Today, he returns with the single “Keep Your Head Up,” featuring the spaced out psych rock influences that Keery has employed in most of his music projects, but also mixing in elements of funk reminiscent of Prince and George Clinton. The song is a much needed shot of positivity in an otherwise dark time.

Later today, Joe Keery will join The Flaming Lips’ Wayne Coyne in conversation with The Talkhouse. Tune inHERE at 3 PM PT / 6 PM ET. Additionally, Djo (both Keery and co-producer and co-writer Adam Thein) will participate in a Reddit AMA on r/indieheads tomorrow at 10 AM PT / 1 PM ET. More info HERE.

Keery began playing music in his teens after co-opting his sister’s guitar, but it was during his college years at DePaul University in Chicago that he formed his first band and began to seriously pursue music. That band was Post Animal, the heavy psych rock outfit that went on to release a self-titled EP and two subsequent albums via Polyvinyl. They also toured with artists like Twin Peaks, Wavves and Cage The Elephant and played numerous festivals including Bonnaroo and Shaky Knees.

In 2019, with no announcement or fanfare, Keery’s solo-project Djo was unveiled not with a single, but a lush, self-reflective, layered 12 track full-length album titled Twenty Twenty. “Joe Keery built a carnival. The resonance of each riff or beat is not new, but redesigned and reshaped into the beauty it is today. The face of psych or alternative mirrored through his own design, and it reveals a person who shouldn’t be underestimated,” said Rodeo Mag. Despite the album being released under the radar and without a label, fans found their way to it, and Twenty Twenty has had more than 40 million streams to date.

Major touring and festival dates were plotted for Djo throughout 2020, but with the global pandemic putting plans on hold, Keery returned to the studio to make something new. “Keep Your Head Up” is the first of much more new music to come.