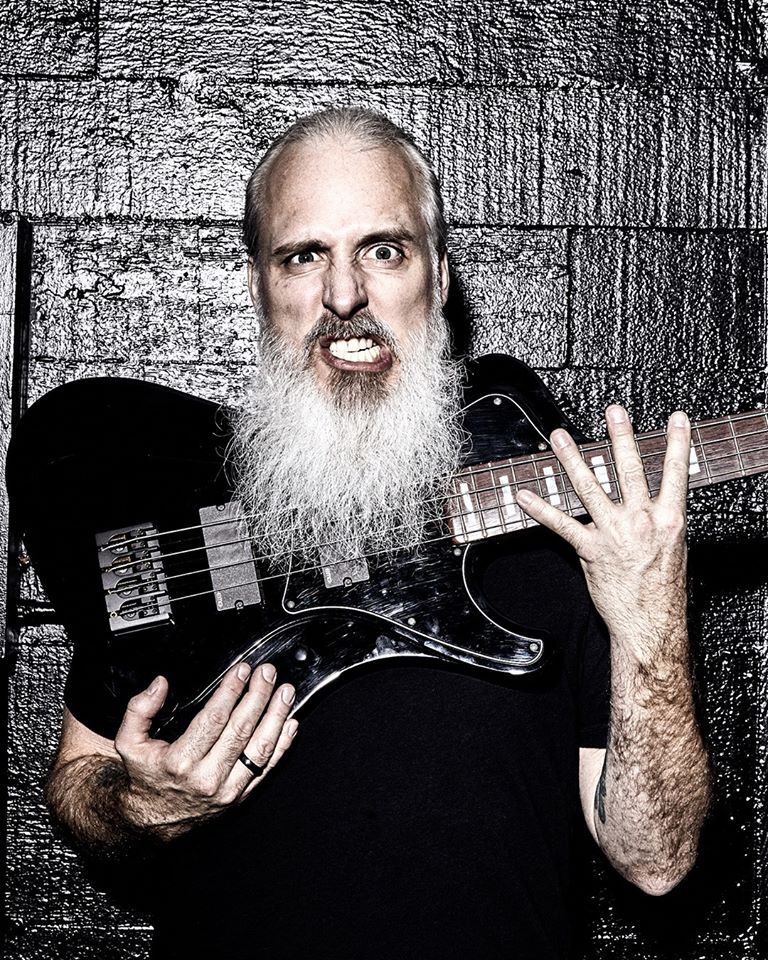 John Campbell is the bassist for the Grammy nominated heavy metal group Lamb of God. On June 19th the Richmond, VA based band will release their 8th studio album titled “Lamb of God”. This release is the follow up to the highly acclaimed 2015 album “VII: Sturm und Drang” and is the first to feature Art Cruz on drums. Media Mikes had the chance to speak with John recently about the albums creation, the bands lines up change and what it’s like being in a band during the current world pandemic.

Adam Lawton: The bands previous albums have always contained lyrical themes and topics. Was this the case for the album?

John Campbell: We have always been mildly political and focused on darker, more unpleasant aspects of life. That certainly hasn’t change. I think what has changed is that some of the things we speak about on the record are coming to pass in ways you wouldn’t imagine. It’s an incredibly crazy time when things going on start to match the lyrics of a Lamb of God song.

AL: When you are coming up with lyrics and themes is that a process everyone is involved in?

JC: It is mostly Randy. Mark and Josh our producer have a hand in things as well and I have thrown my two cents in there also. Primarily though that is a Randy exercise.

AL: At what point in the five years since the bands previous album did things start coming together for the new album?

JC: We started quite a while ago actually. During that time we were approached by Slayer to be a part of their final tour. We figured we could put recording off for a summer and then go back to it. The run with Slayer ended up lasting a year and a half. As our part of that was winding down we knew we had to get off the road and focus on writing.

AL: Were you trying to work on the album at all while you were on the road or, is that not something the band typically does?

JC: That’s not something we generally do. I can’t speak for Randy because I know he does a good deal of writing regardless if it’s going to end up as lyrics or not. The same can be said for Mark and Willie as they are always writing riffs. Those guys have studios in their homes where they are tracking pretty frequently. For the most part there is a solid line of when we touring and when we are working on an album.

AL: With this being drummer Art Cruz’s first album with you guys where there any adjustments you had to make to incorporate his style and playing into the bands creative process?

JC: The adjustments I had to make were very minimal. Art being his own person has his own style, taste and licks. His drumming was heavily influenced by Lamb of God so he already spoke the language so to speak. There is an element of fell that comes with playing in a band for a long time and that literally only took a second for us to put together with Art. From a tone stand point there is always an adjustment with each record. I try to play of the other tones of the band and go with what fits in the frequency range. I am not too savvy when it comes to those types of things so I leave a lot of that to Josh Wilbur

AL: Prior to going in to the studio were there any reservations about recording with a new drummer given that it was going to be the first time working with Art in the studio?

JC: We actually met Art seven or eight years ago when he was playing in the band Wings of Plague. We got to know him as a person and became friends with him during that time. ON that tour he would actually come out and I think play the song “Black Label” with us to end the show. When it came time that we needed a fill in Art was available and willing. He just nailed it and after touring with him for awhile and the situation calling for it, it was a no brainer that he be in the band in every way possible.

AL: This was not your first time working with producer Josh Wilbur correct?

AL: Do you ever worry that working with the same producer over a long period of time will cause a certain level of complacency?

JC: No, not at all! Josh Wilbur is an amazing person professionally and as a human. He is incredibly creative and very aware of things like this. He goes in to an album to try and create the best possible piece of art he can. Josh is great with suggestions and helping us along in the process. He understands the band and all of our personalities very well and that’s a god send.

AL: The pandemic has caused multiple problems around the word and within the music industry both from a release stand point and touring. How are you guys planning to work with that given you won’t be able to do the things bands traditionally do to support a new record?

JC: We are trying to make sure that everything we do or plan on doing is within the safety of the public and ourselves. We are all in this together. I am certainly not crying about releasing an album during a pandemic. This is just a very crazy time that the world is going through. Things are day by day and I really hope people will take that time to focus more on love and positivity instead of attaching to hate and negativity. We do have some things in the works for promoting the album but I don’t want to say anything just yet and jinx them. (Laughs) We are working on some things though.