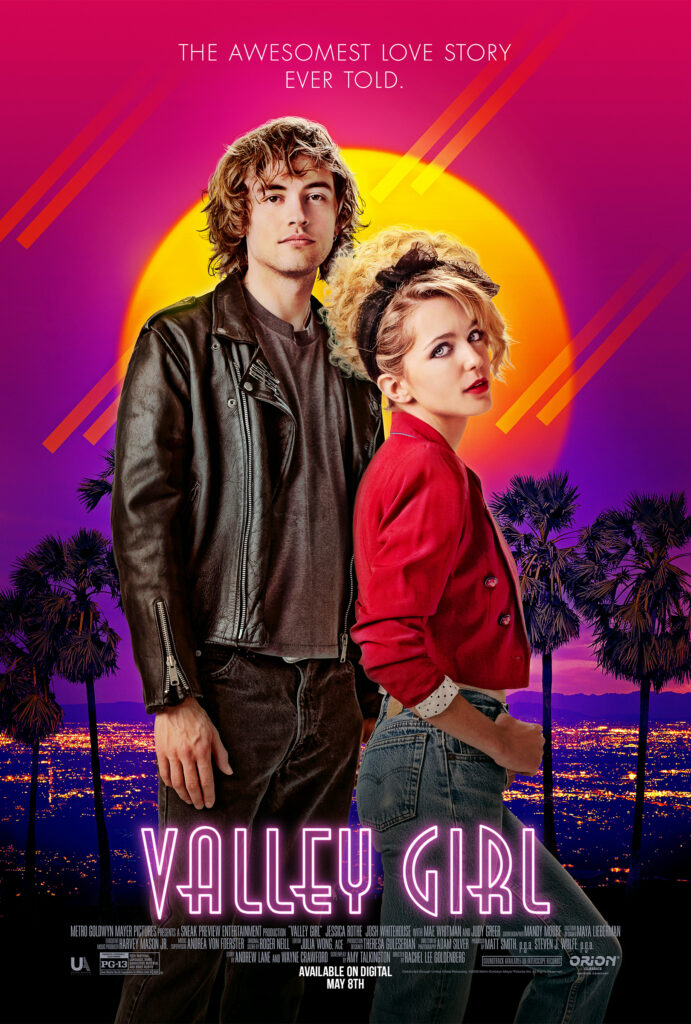 Who knew that we needed a remake of the 1983 Nicolas Cage starred cult classic “Valley Girl”, let alone a musical remake of it…but very glad we did. This long delayed film which was originally scheduled to be released in 2018 finally gets a release date available in select Drive-Ins and on Digital on May 8, 2020. Packed with 80’s nostalgia, great songs and a solid cast, this film definitely did not disappoint.

Official Premise: Julie (Jessica Rothe) is the ultimate ’80s Valley Girl. A creative free spirit; Julie’s time is spent with her best friends shopping at the Galleria mall and making plans for senior prom. That is, until she falls hard for Randy (Joshua Whitehouse), a Sunset Strip punk rocker, who challenges everything the Valley and Julie stand for. Despite push-back from friends and family, Julie must break out of the safety of her world to follow her heart and discover what it really means to be a Valley Girl.

The songs in the film include Queen “Under Pressure”, a-ha “Take on Me”, The Go-Go’s “We Got The Beat” and Cyndi Lauper “Girls Just Want to Have Fun” just to name a few. They are backed by fun all-out dance sequences with choreography by none other than Mandy Moore (“This is Us”, “Tangled”). The music is so fun, fresh and gets you re-living the 80’s.