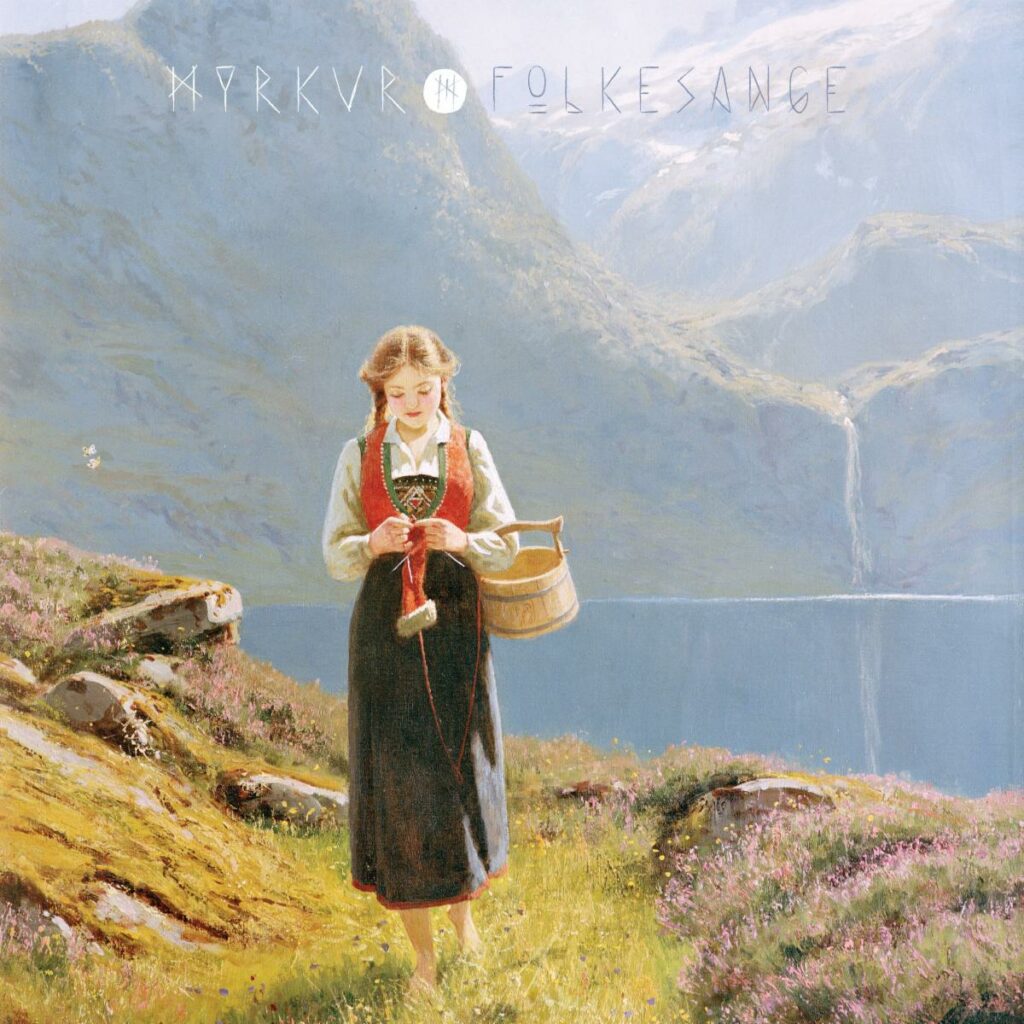 “Burrowing into a lifelong love of Scandinavia’s traditional music and writing her own modern versions, and without sacrificing her intensity.” – THE GUARDIAN (FOLK ALBUM OF THE MONTH)

“Ella has the steady, almost ominous tread of her earlier, darker works, and her layers of voice have an almost eerie resonance. The song swells and subsides (she refers to it as “a rebirth-ritual in the sea”) before building to an almost orchestral-sounding finale.” – WNYC’s SOUNDCHECK

“Lush acoustic instruments and a restrained composition give full breadth to Myrkur’s voice, and the pristine production is more fitting of new age music than black metal” – CONSEQUENCE OF SOUND

“Scandinavian heritage has been a very important element of black metal since its beginning, but no musician before Myrkur has translated it so successfully to its music to attain recognition both within the genre and without, and although her work polarized the black metal community intensely in the beginning, ever more people are realizing the unique merit and quality of Myrkur’s work” – ULTIMATE GUITAR

“gorgeous…It breaks new ground with its wild, almost lyrical sound, and really transports the listener back to days of old.” – EXCLAIM!

“indeed in the trad-folk realm, with a little ethereal dream pop in the mix too” – BROOKLYN VEGAN

“she’s the Lana Del Ray of Black Metal” – THE PIT

“Bruun has a way of breathing new life into the past, by taking these old folk songs and reenvisaging them as expansive explorations into the netherworld of black metal” – LINE OF THE BEST FIT

“a gracious, quite accessible offering, one that invites us to other worlds, times, and cultures.” – THE PROG MIND

Myrkur’s Amalie Bruun has always paved her own path and challenged underground preconceptions of heavy genres. Just after newfound motherhood, Bruun set out on a journey into the very heart of the Scandinavian culture that marked her own childhood with on her latest album, Folkesange. Available today on Relapse Records, Folkesange relinquishes black metal for a refined yet far-reaching evocation of traditional folk, combining songs ancient and new to sublimely resonant effect.

On Myrkur‘s first two full-length studio albums (2015’s M and 2017’s Mareridt), she recast black metal in the most personal yet expansive of terms, their blending of Bruun‘s Danish folk roots with tempestuous internal struggles breathing new life into a subgenre whose followers can be rigidly possessive.

After the nightmare-induced visions that wrought themselves throughout 2017’s immensely acclaimed Mareridt, Folkesange offers an emotional sanctuary, a means to reconnect to something permanent and nature-aligned. It’s an awareness that’s become deeply bound to the album’s organic, regenerative spirit.

Storytelling, rites of passage, and the invocation of a continuity that passes through time and generation are all part of folk music’s tapestry, and Folkesange taps into all these currents in their most essential form. In part a purist’s approach to the genre, free from over-interpretation and fusion, the use of Kulning (an ancient Scandinavian herding call) and traditional instruments throughout, such as nyckelharpa, lyre and mandola offer adeeper, more tactile connection to their source, an unbroken line of communication back to the past.

But the album is no museum piece; it resonates in the here and now, aided by the spacious production of Heilung member and musical collaborator Christopher Juul. Cinematic yet intimate, Folkesange exists in a state of boundless reverie, bourne by string-led drones, cyclical, elegiac rhythms and Bruun‘s frictionless voice, all carrier signals for deep-rooted, ancestral memories, and associations felt on an elemental level.

An immersive experience in its own right, but also belonging to a wider, pagan folk-based renaissance that has attracted a devoted following worldwide, Folkesange answers a need that has become ever more pressing in turbulent times. A zeroing in on a resonance that is both intrinsic and enduring, it’s a rediscovery of personal grounding, and an experience that reaches beyond culture to remind us of a shared, deeply rooted inheritance. A tuning fork that binds the personal and the universal, Folkesange is a reminder that the most transcendent experiences are those closest to home.