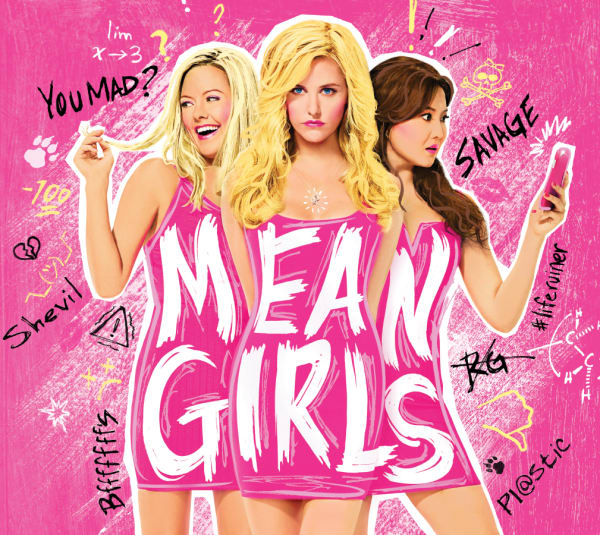 “Mean Girls” is a musical based on the 2004 movie that was written by Tina Fey. The musical premiered in Washington, D.C. in October 2017 and opened on Broadway in April 2018. If you are thinking “Seriously they made a musical for Mean Girls?”, this show has no shortage of talent from the award-winning creative team, including Tina Fey (30 Rock), composer Jeff Richmond (Unbreakable Kimmy Schmidt), lyricist Nell Benjamin (Legally Blonde) and director Casey Nicholaw (The Book of Mormon). This show is packed with energy and devilish humor that will leave you howling.

From upbeat anthems like “Apex Predator” and “I See Stars” to the songs that show the difficult side of being a female like “What’s Wrong With Me,” the music never stopped. The female leads in the show, especially Mary Kate Morrissey (Janis), Danielle Wade (Cady), and Mariah Rose Faith (Regina George), all had unique singing voices that were nothing short of impressive. In addition, the show decided to use digital screens for quick set changes which led to seamless transitions when changing from classroom to classroom and location to location in the middle of a song. The comedic timing in the show, especially by Karen – played by Jonalyn Saxer, kept you laughing throughout the entire show. There was even a scene with the Lion mascot that had the audience laughing so hard some were in tears. Overall, the show captured the life of a teenage girl in a way that had you sympathizing, laughing, and swaying along to the amazing music.

Official Premise: Cady Heron may have grown up on an African savanna, but nothing prepared her for the vicious ways of her strange new home: suburban Illinois. Soon, this naïve newbie falls prey to a trio of lionized frenemies led by the charming but ruthless Regina George. But when Cady devises a plan to end Regina’s reign, she learns the hard way that you can’t cross a Queen Bee without getting stung.

The show is playing at the Walt Disney theater from February 25–March 1, 2020. If you are able to get tickets, this is a show that is not to be missed. Overall this musical is just plain fun. You find yourself smiling and laughing till it hurts. Due to the success of the musical production it was recently announced that a film adaptation of the musical was being produced. So expect more of “Mean Girls” in the coming years!