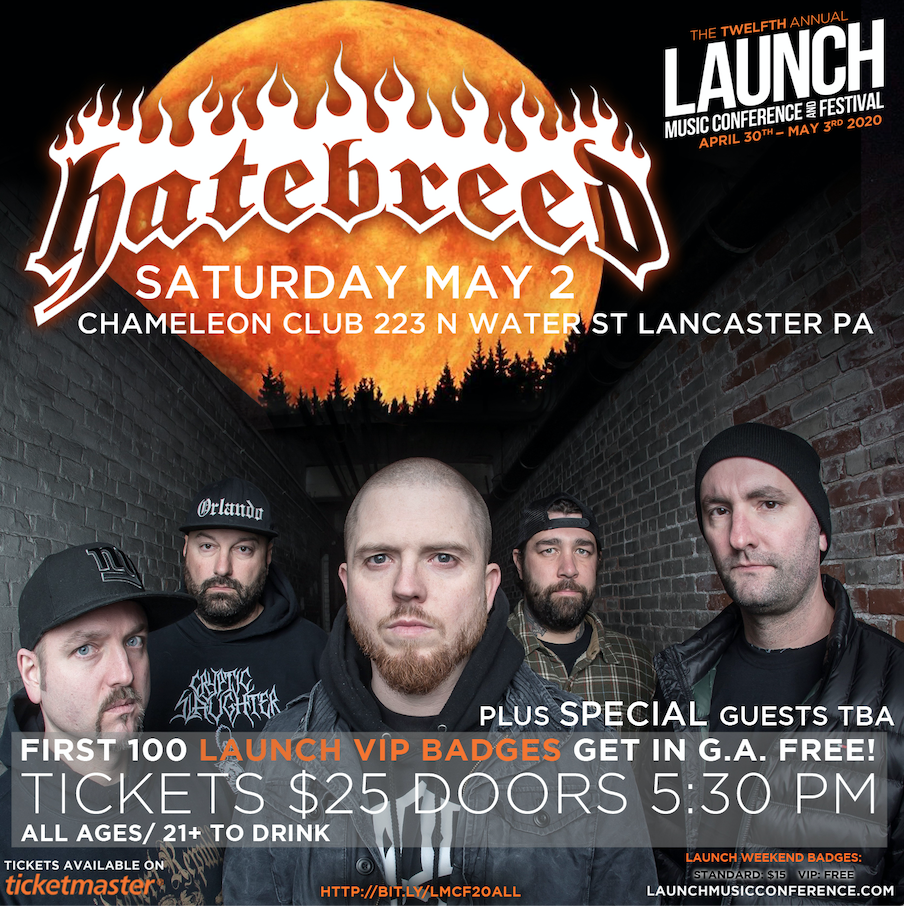 Submit to perform, register to attend, and book your stay now at LaunchMusicConference.com

LAUNCH Music Conference and Festival has announced the addition of metal/hardcore giants HATEBREED to the list of performers slated to appear at this year’s event. The GRAMMY® nominated quintet will play on Saturday, May 2nd 2020 at Chameleon Club in Downtown Lancaster, PA.

LAUNCH director and founder Jeremy L. Weiss says, “The LAUNCH Music Conference & Festival parent company, The CI Companies, has had the pleasure of producing Hatebreed shows several times over the last couple decades. They are a colossal force in Metal & Hardcore music, and a big-time personal favorite! Easily some of the best dudes in the business, to boot. Love what they add to LAUNCH, and how this year’s event has such incredible musical diversity, and choice for attendees, top-down!”

The announcement follows on the heels of the previously-announced addition of Smokepurpp, The Juliana Theory and more to the list of artists performing.

With steadfast determination, drive, and dedication, Hatebreed have cemented themselves as one of heavy music’s strongest institutions. Since 1994, the Connecticut quintet—Jamey Jasta [vocals], Chris Beattie [bass], Wayne Lozinak [guitar], Frank Novinec [guitar], and Matthew Byrne [drums]—has risen to the ranks of hardcore and heavy metal elite with a GRAMMY® Award nomination, main stage slots on festivals, and countless fans worldwide.