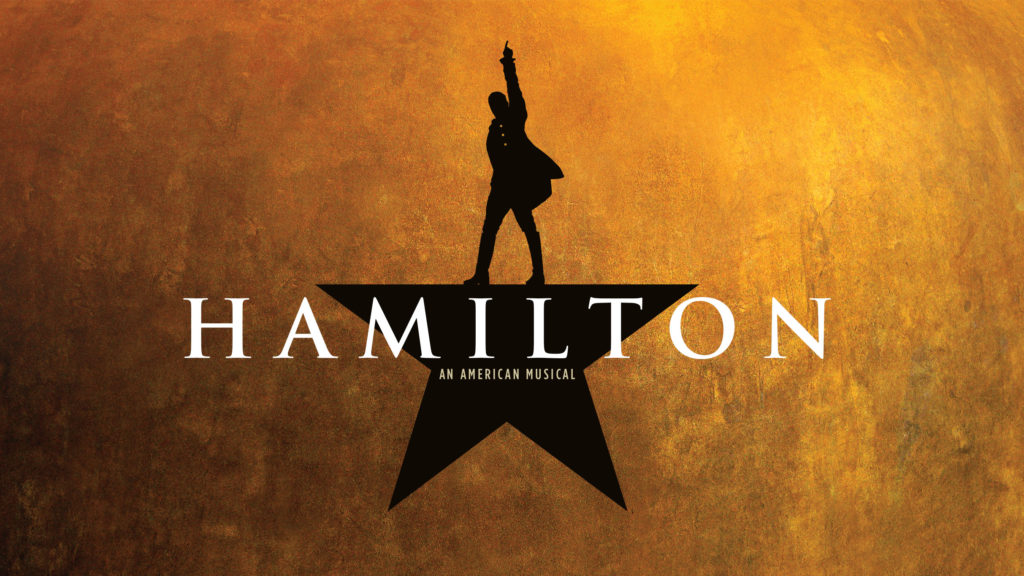 Sometimes when you get too excited about seeing a show, you leave the theater wondering what all of the hub-bub was about. I was very fortunate to see “Phantom of the Opera” on Broadway right after it opened and I was blown away! On the other hand, my only memory of seeing “Starlight Express” was that I noticed (and intercepted) Andrew Lloyd Webber heading towards the men’s room and got him to autograph my Playbill. It’s been almost 4 years since HAMILTON opened on Broadway and you’ll have to have been on Mars to have not heard about it. So while I was looking forward to seeing it, I went in wondering whether or not my fondest memory would be spotting Lin-Manuel Miranda in the lobby. Happy to announce that I was NOT disappointed.

If you’re familiar with the name Alexander Hamilton, it’s probably because he’s the face on the $10 bill. In reality, he was much more. As an orphan he traveled to the colonies and earned an education. In his adventures he meets Aaron Burr and their lives continue to intertwine literally to the end. In between he falls in love, fights for Independence and devises a treasury system that is still in use. And the stories and songs behind these achievements make learning as much fun as an old episode of “Schoolhouse Rock.”

A few years ago, Jimmy Kimmel informed show creator Lin-Manuel Miranda that he was a national treasure. He may have been selling him short. HAMILTON is an amazing combination of sight and sound telling familiar stories in a new way. The cast on this tour is amazing. As Hamilton, Joseph Morales runs the emotional gambit of joy and sorrow. His Hamilton is at first naive, eager to learn but by the end jaded from all he has seen. Marcus Choi is first rate as George Washington, portrayed here not as an independent leader but one who needed help in becoming the Father of our Country. Kyle Scatliffe does double duty as both French General Lafayette and Thomas Jefferson. Act 2 begins with what is essentially a rap battle between Jefferson and Hamilton and Mr. Scatliffe caps his words with, quite possibly, the first mic drop in history. But to me the standout performance belongs to Nik Walker, who portrays Aaron Burr. Always seeming to be on the wrong side of major events, Burr holds the distinction of being the only Vice-President to kill a man while in office, sadly an honor that kept him off the ticket when Jefferson ran for reelection. In fact, this show could have easily been called “Burr.” Mr. Walker gives the show an extra burst of energy whenever he is on stage and his performance of the song “The Room Where It Happened” vaulted that song to my list of all-time favorite show tunes.

HAMILTON plays in Kansas City through July 7. For ticket information on this stop of the tour and later cities, click HERE.