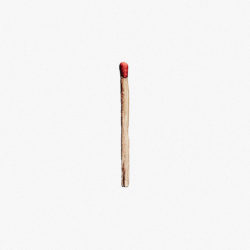 Rammstein’s long awaited seventh album is finally here! The untitled release hit the shelves in the United States on May 17 via Caroline and consists of 11 new tracks produced by Olsen Involtini and the Rammstein. The album which features the singles “Radio” and “Deutschland” is the German based bands first studio album since 2009’s “LIEBE IST FÜR ALLE DA” which peaked at number 13 on the U.S Billboard 200.

After a 10 year recording hiatus German industrialist’s Rammstein are back with a hard hitting package of 11 new songs which certainly make up for the bands extended absence. It doesn’t matter you go for the CD, Digital Download or the 2 LP version (like us) you will not be disappointed. Prior to this release I had always gotten my Rammstein fix in CD or Digital forms. Given the nature of the music I had always felt it would sound best on these formats. With untitled though I decided to give the 2 LP version of the release a try. Needless to say I was not disappointed as the vinyl delivered! The heavy weight vinyl set at 45rpm’s gives the guitars and drums a tight, robust sound that mixed nicely with the electronic and vocal elements of the record. Tracks like “Radio”, “Sex” and, “Weit Weg” are all heavy hitters that will get you moving while more subdued tracks “Was Ich Liebe” and “Hallomann” paint eerie landscapes that could easily be the soundtrack to your favorite thriller or horror film.

Absence makes the heart grow fonder and that is definitely my sentiment as it pertains to the latest offering from Rammstein. The band along with producer Olsen Involtini has put together a great sounding release that is diverse enough to allow for consecutive listens time and time again. The double LP version of the release offers a little something extra for fans as it included 6 beautiful prints of the band (one for each member) printed on high quality paper stock suitable for framing. The only negative I found was that the LP version did also contain a digital version thus making it impossible (without a second purchase) to obtain a mobile version of the album. If this is something you can do without I highly recommend the vinyl however, if you are on the go and don’t have a lot of time to sit down and listen to an album then the digital or CD version of the release will still provide you an equally enjoyable listen.